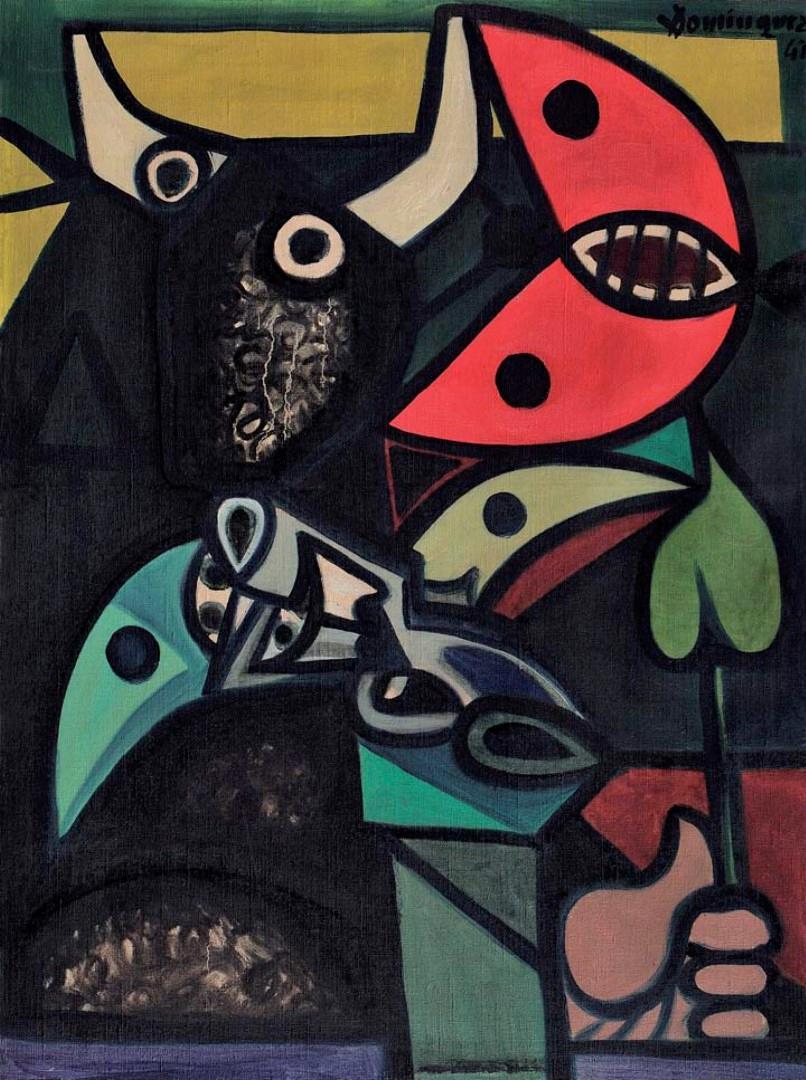 After World War II his work was a certain synthesis of Surrealism and Post-Cubism, such as in the work Revolution.The cubist form in contrast with the expressive use of colour, just like the fragile butterfly and the contrasting pistol impart the work powerful expression and tension. The final major stylistic change in his oeuvre occurred between the years 1949 and 1959, when he employed a technique he called triple–trait. Óscar Domínguez contributed to world art with his highly distinctive concept of magic surrealism often with provocative sexual overtones, and also with his bizarre landscapes, which echo the landscape of the Canary Islands although the artist spent most of his life in Paris.

The painter Óscar Manuel Palazon Domínguez was born at San Cristóbal de La Laguna on the island of Tenerife in the Canary Islands. In 1927 he was sent on business with his sister and her husband, the painter Álvaro Farina, to Paris, where they were to take charge of the export of fruit of their father’s firm. In Paris Domínguez became acquainted with the representatives of avant-garde and Surrealism, particularly André Breton. The years from 1929 to 1938 may be considered the high point of his Surrealist output when he painted many works inspired by the vegetation of the Canary Islands, and also featuring volcanoes, caves, arrows, lions and bulls. The period culminated with a series of works using the technique of decalcomania. In the years 1938−1939 his paintings featured volcanic landscapes and landscapes evoking human internal organs. In the period 1942−1943 his works were influenced by Giorgio de Chirico. Domínguez made use of idiosyncratic symbolism: clocks, revolvers and photographic cameras, which he placed in strange landscapes.