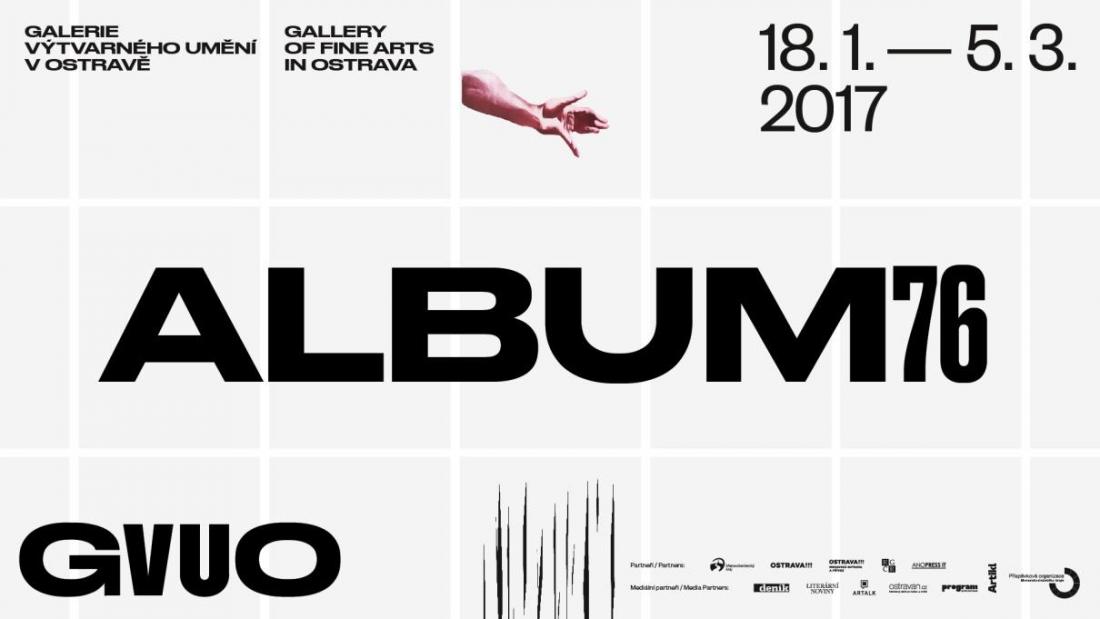 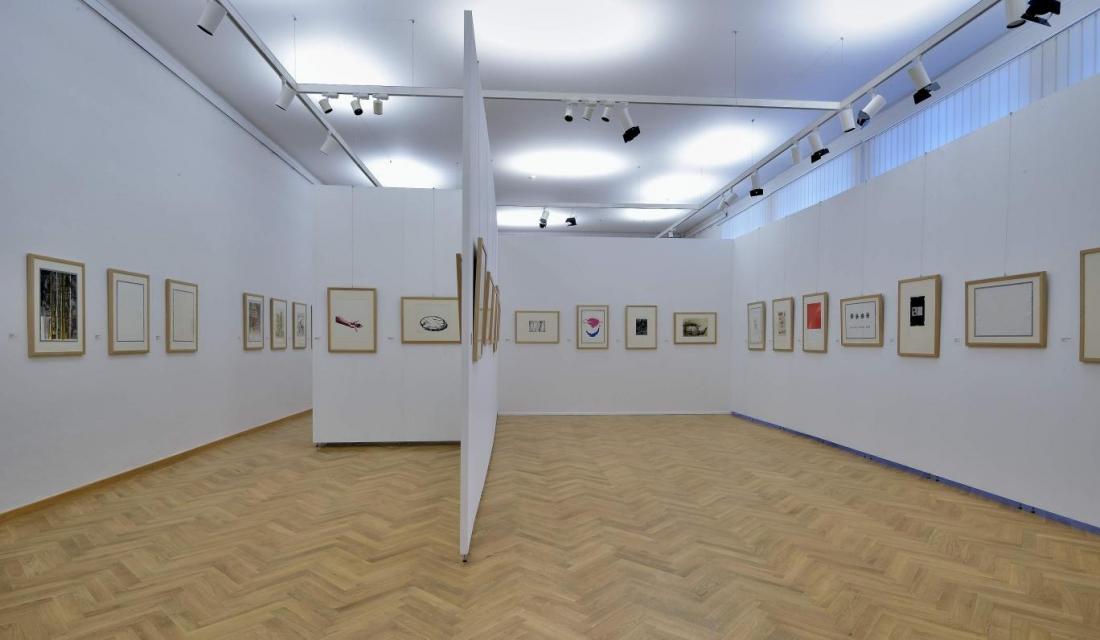 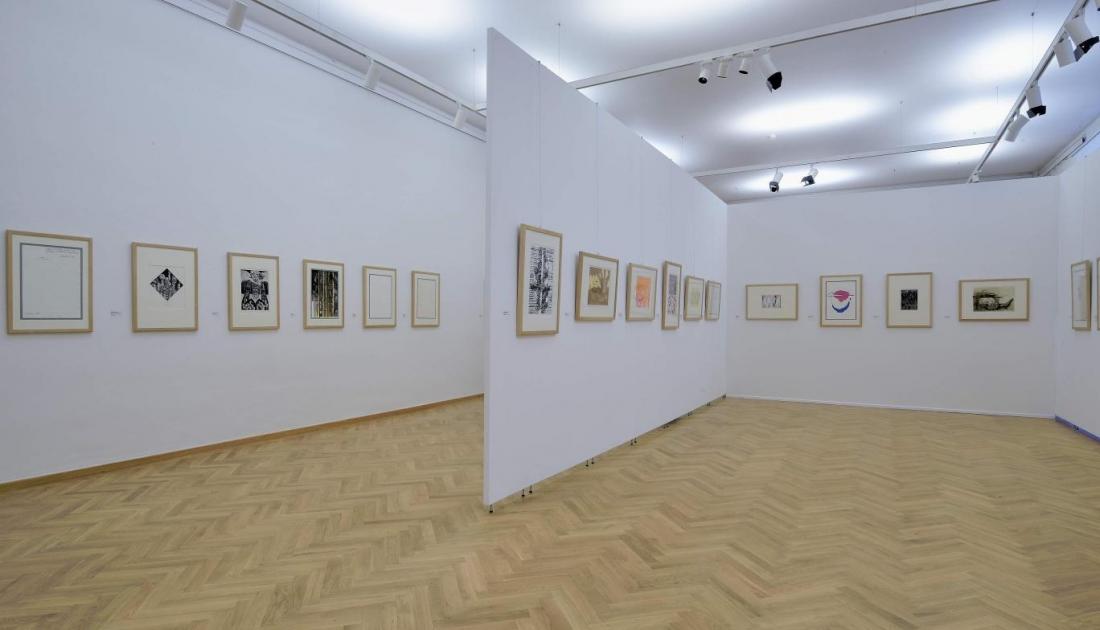 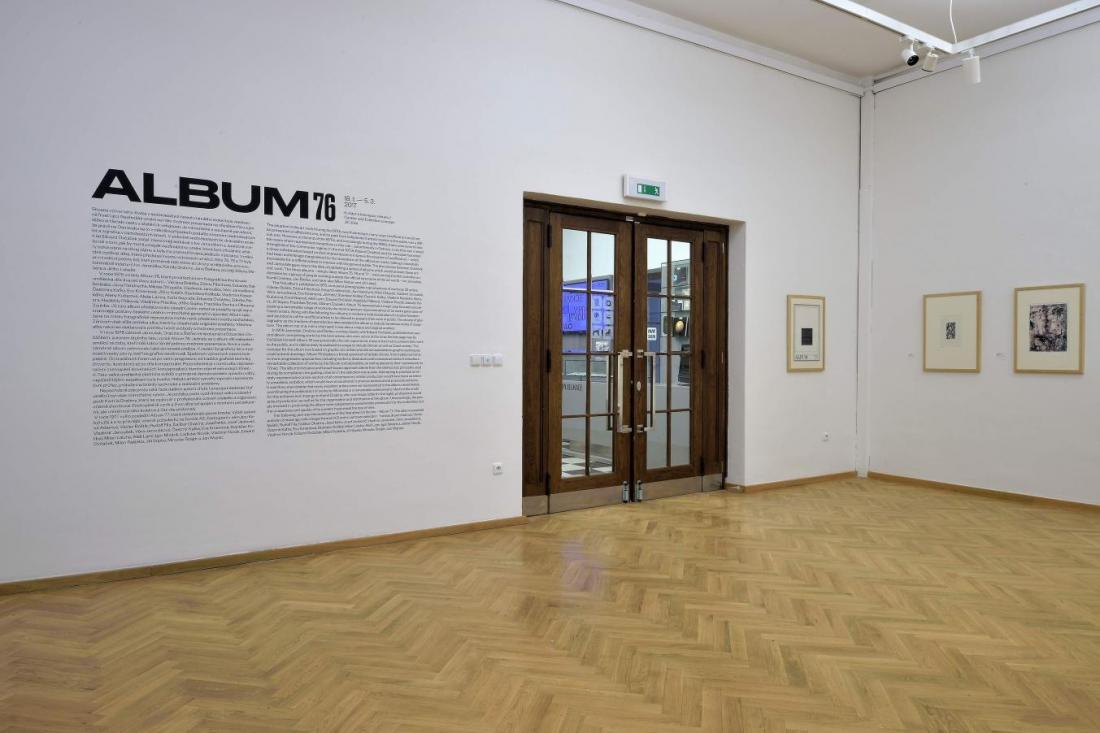 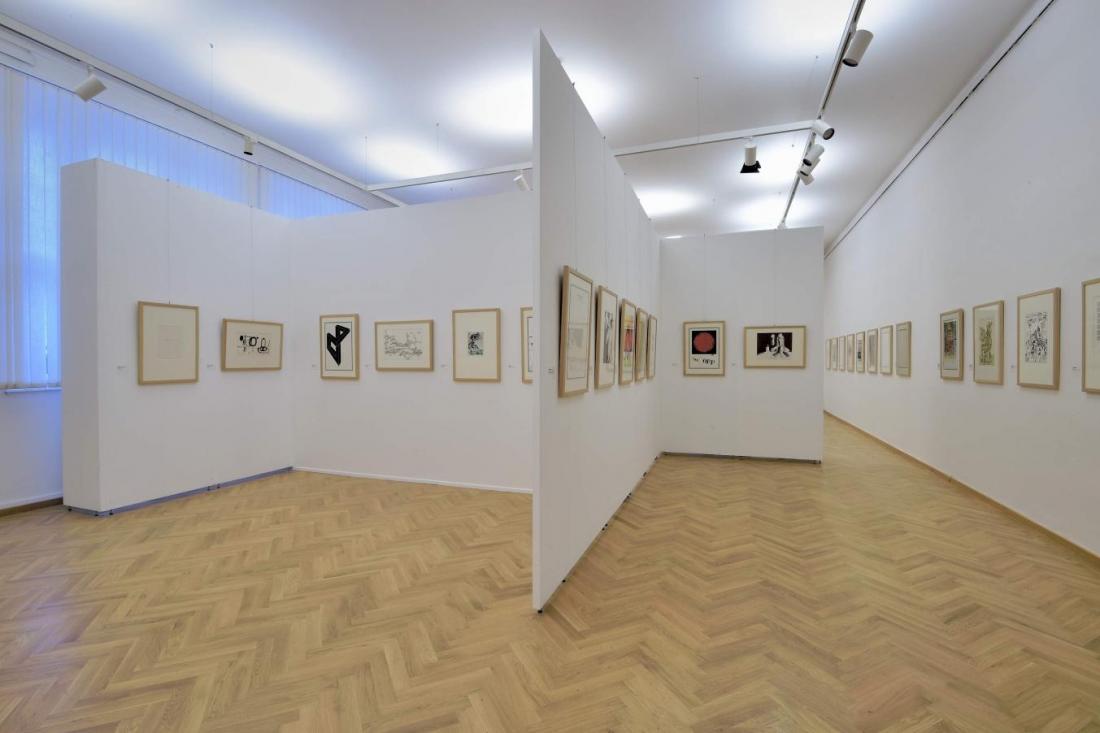 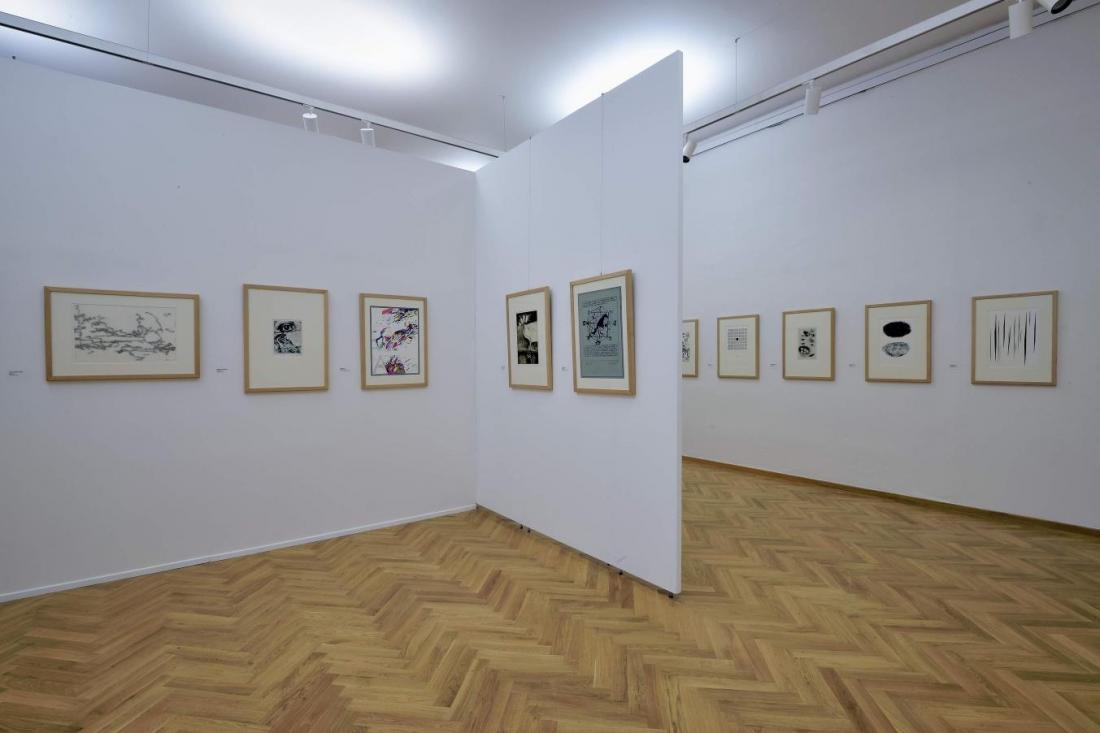 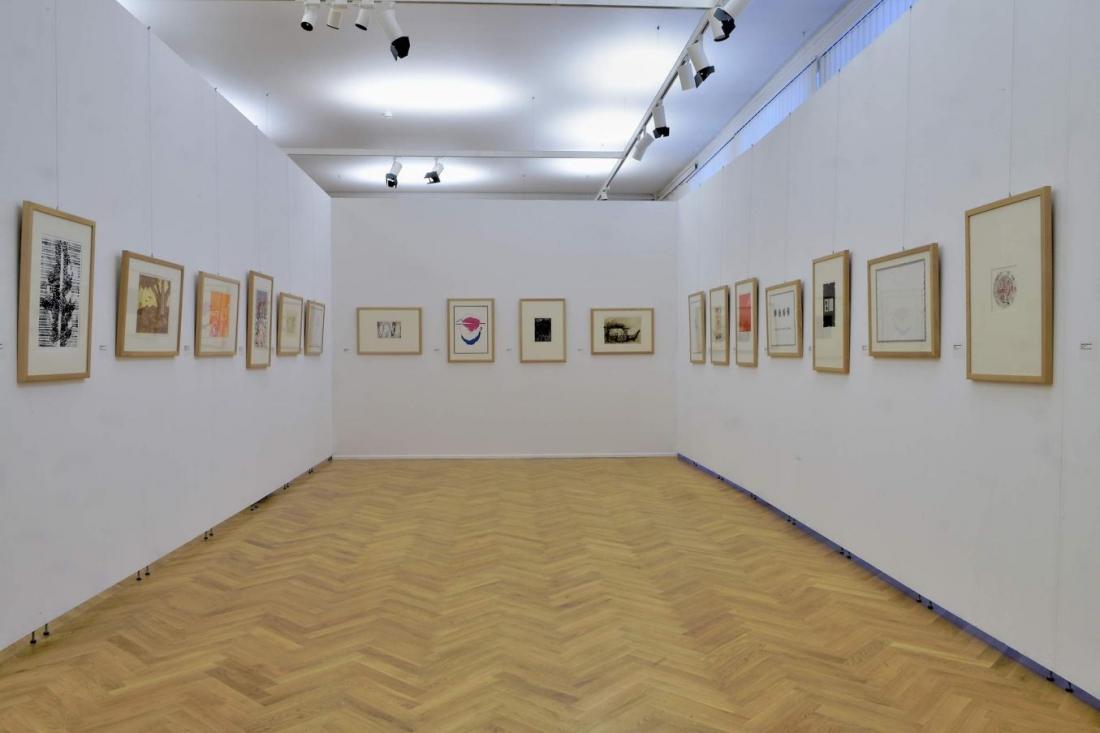 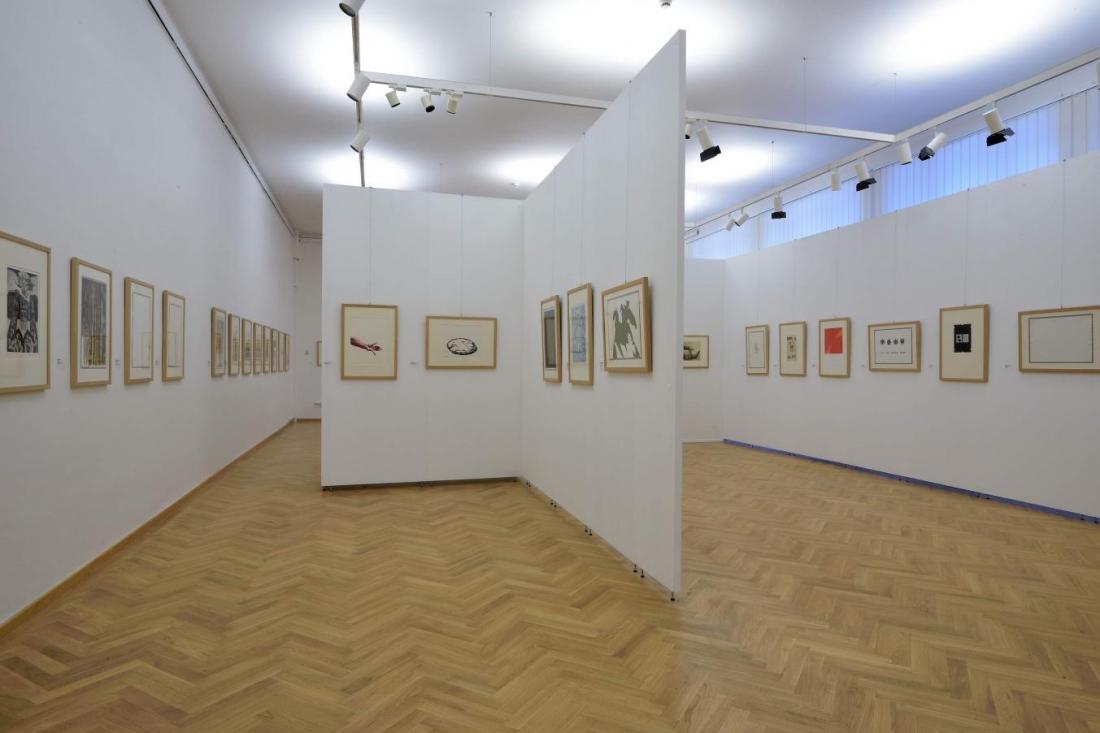 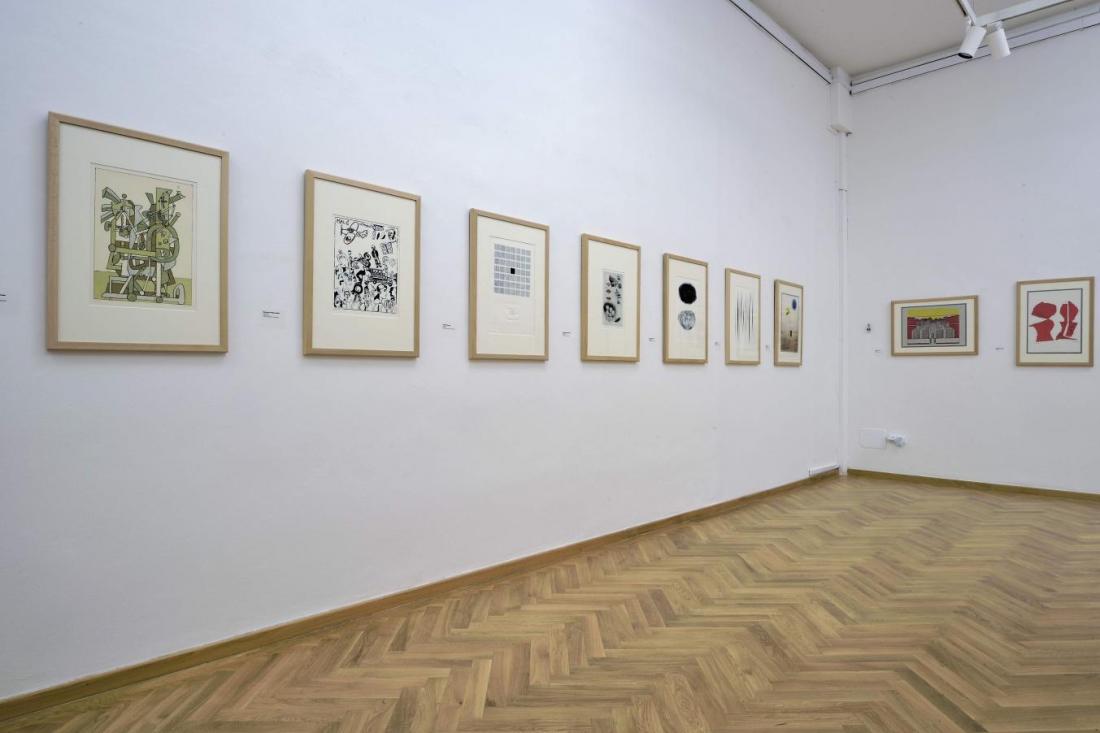 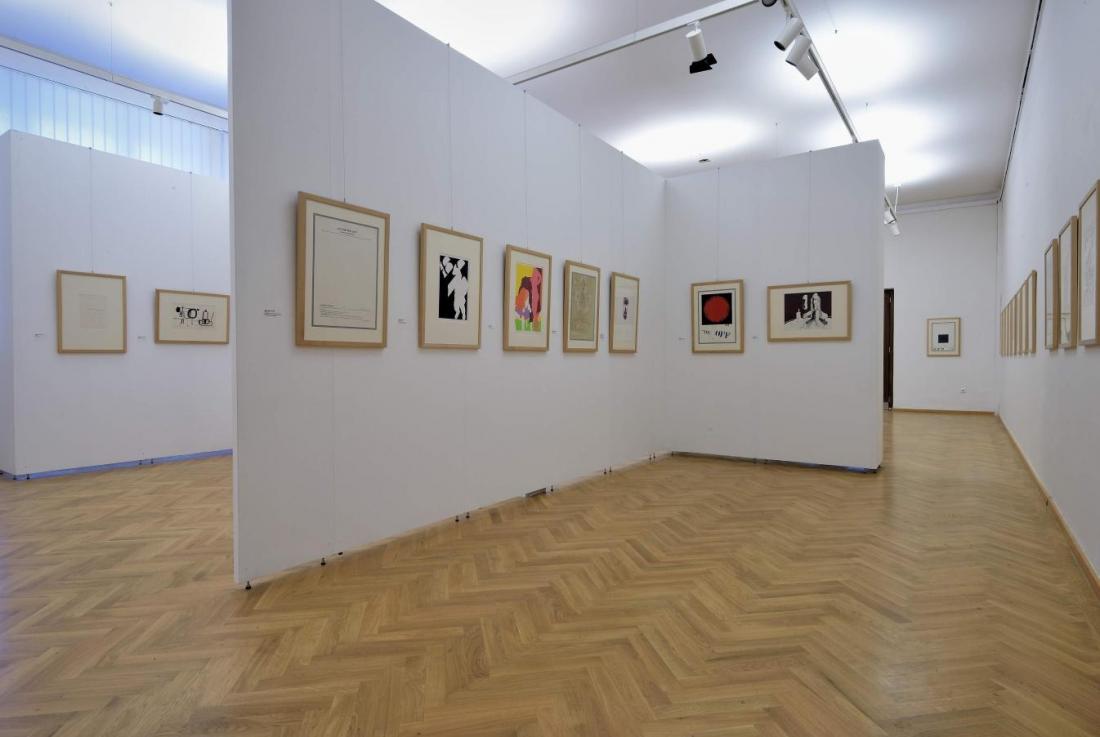 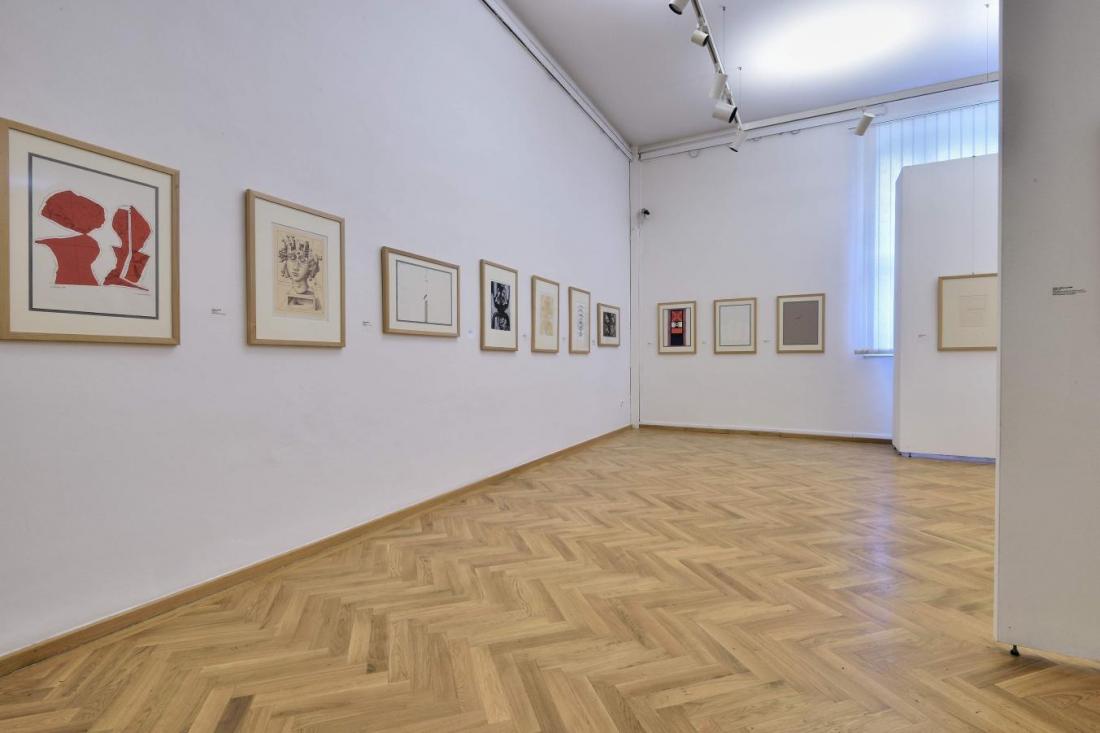 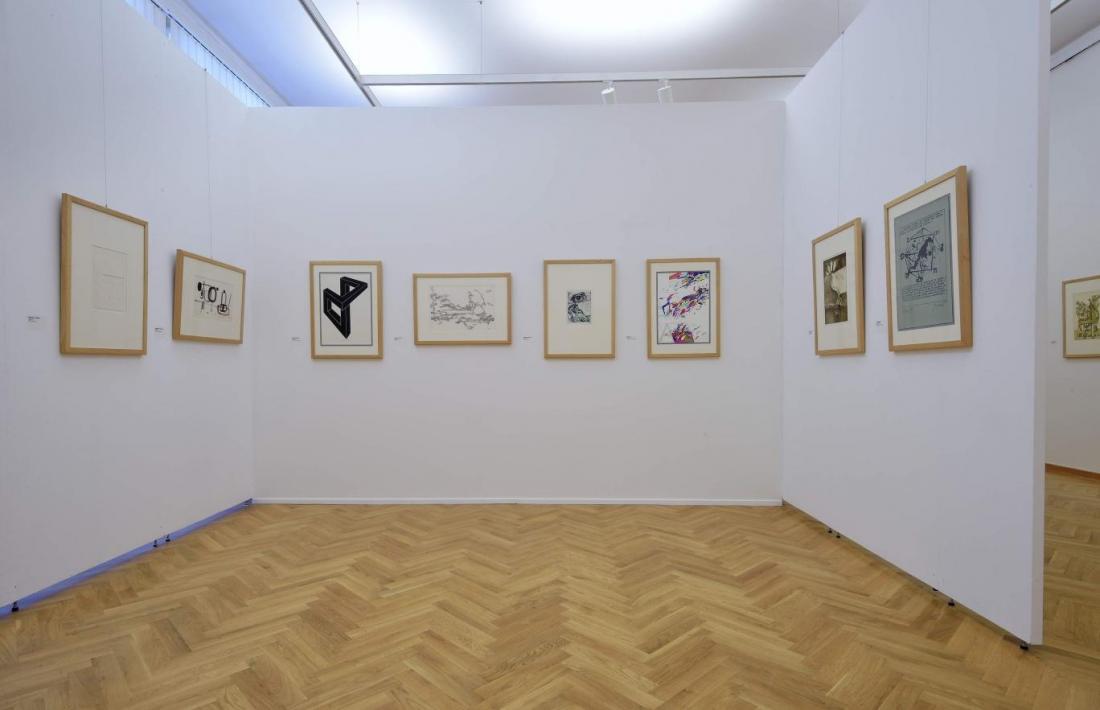 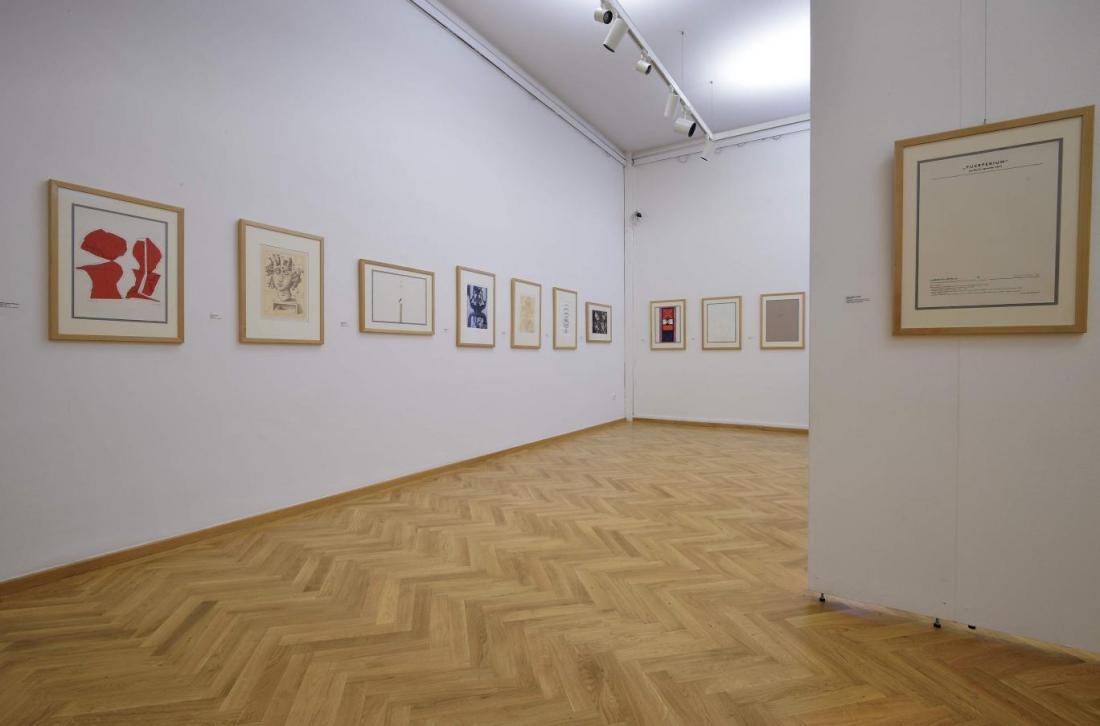 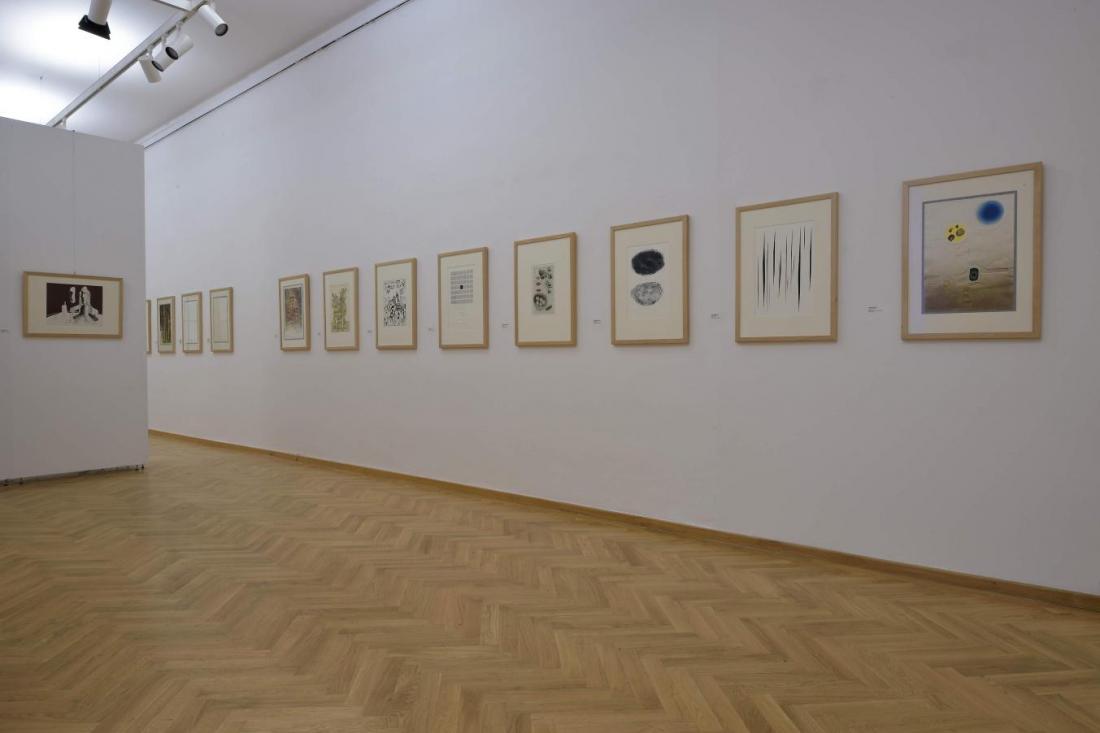 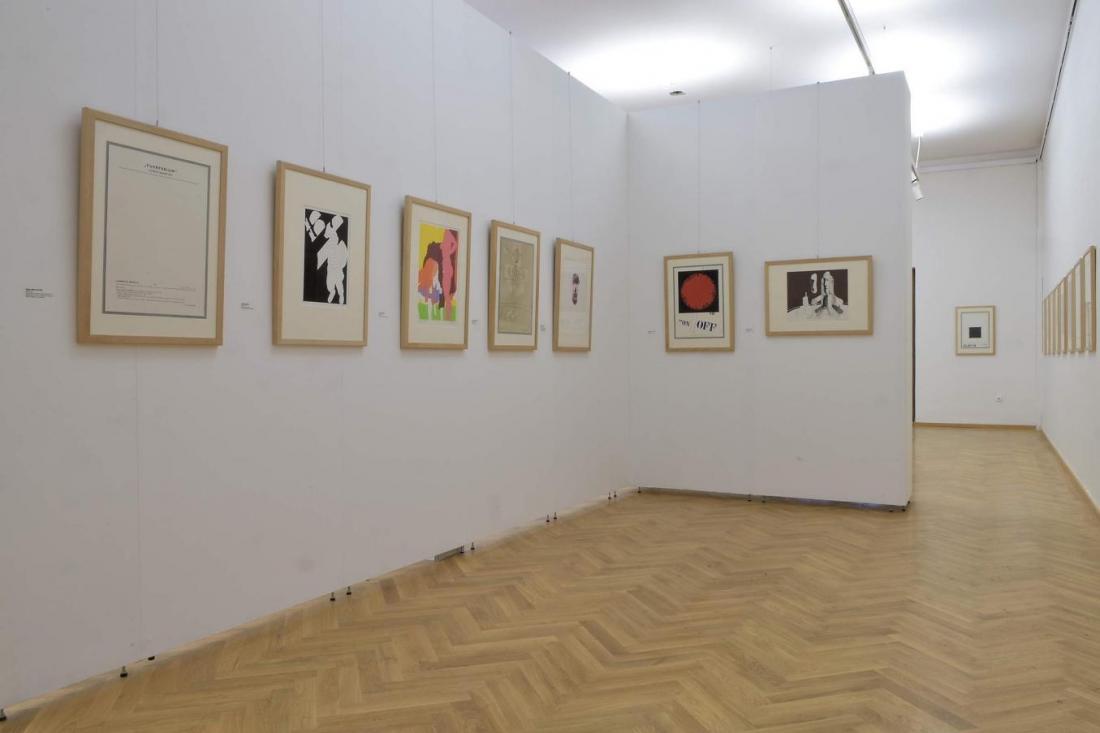 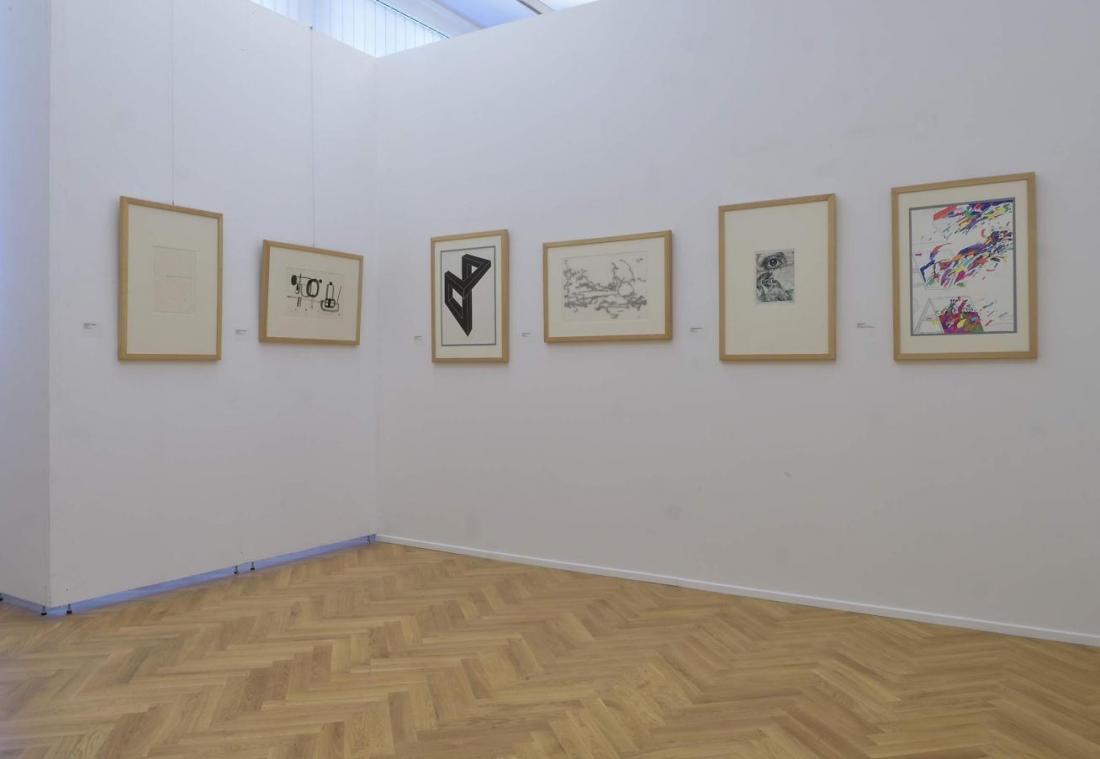 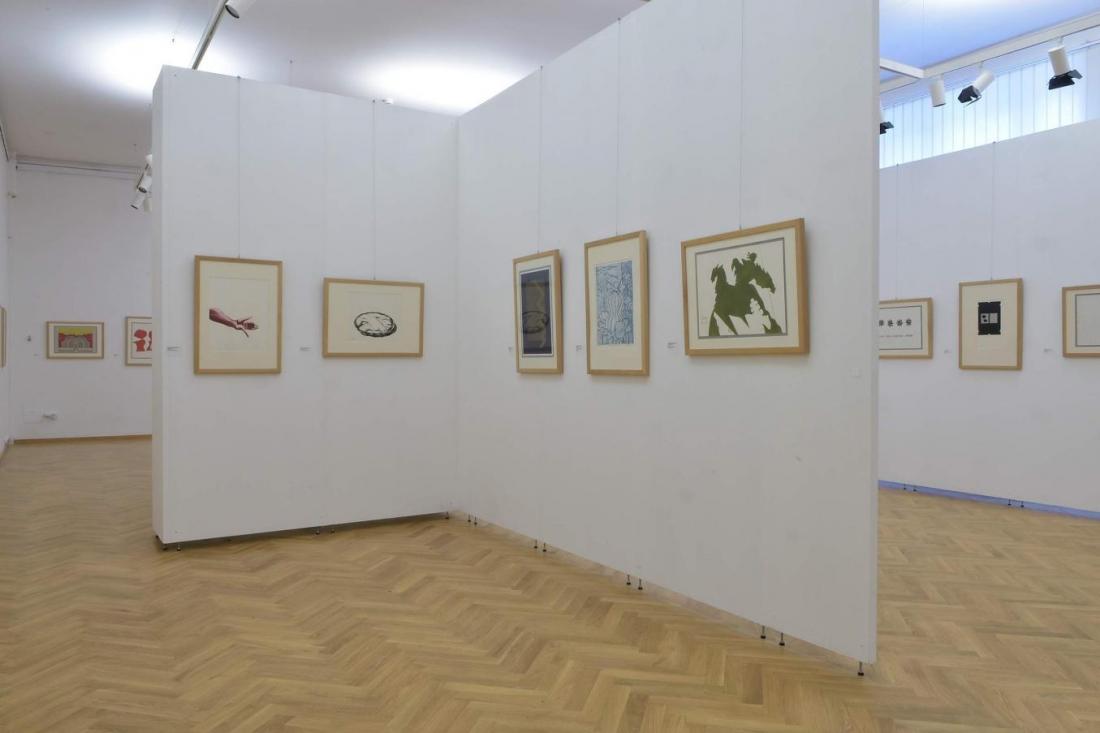 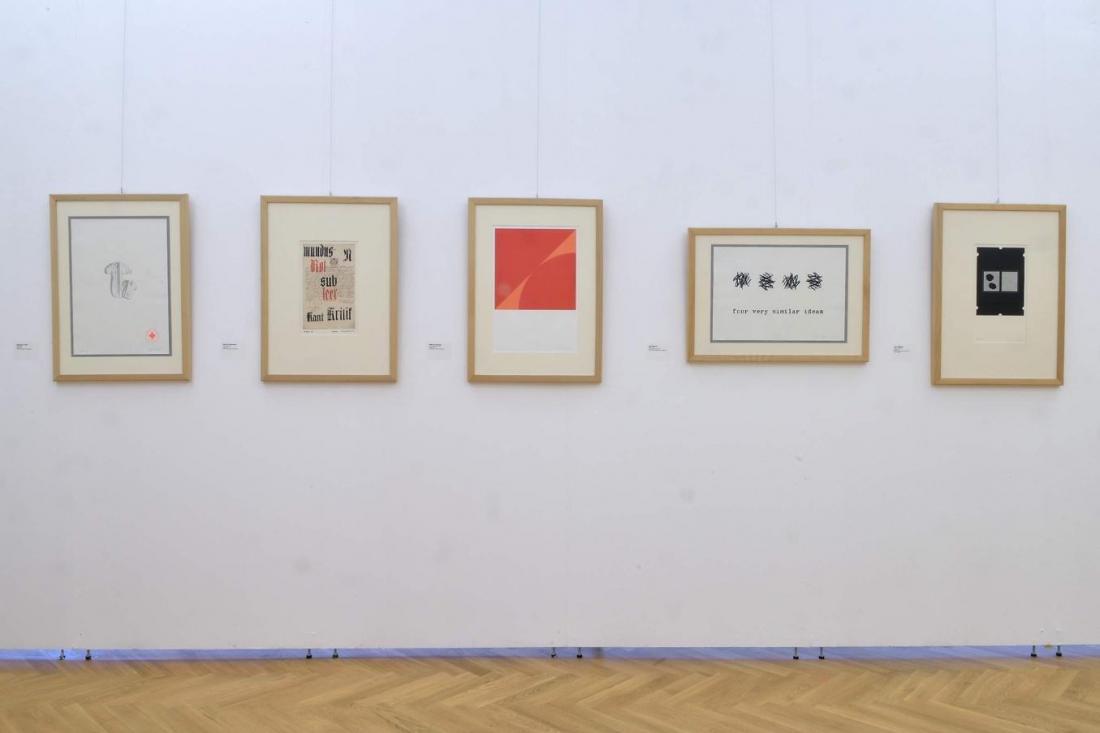 The situation in the art world during the 1970s was frustrating in many ways. Unofficial art could not be presented at official forums, and its path from independent artists’ studios to the public was a difficult one. However, at the end of the 1970s, and increasingly during the 1980s, there were several notable cases which represented exceptions to this rule – paradoxically in Ostrava, a city that was a noted stronghold of the communist regime. In the mid-1970s Eduard Ovčáček and Ivo Janoušek launched a close collaboration based on their shared desire to improve the situation of unofficial art – which had been unthinkingly marginalized by the custodians of the official art world, making it essentially impossible for unofficial artists to interact with the general public. The discussions between Ovčáček and Janoušek gave rise to the idea of publishing a series of albums which would present these artists’ work. The three albums – simply titled Album 75, 76 and 77 – were among the first activities undertaken by a group of people working outside the official structures of the art world – Ivo Janoušek, Kamil Drabina, Jan Štefan, and later also Milan Weber and Jiří Lukeš.

The first album, published in 1975, contained photographic reproductions of works by 24 artists (Václav Boštík, Zdena Fibichová, Eduard Halberštát, Jan Hendrych, Miloš Chlupáč, Vladimír Janoušek, Věra Janoušková, Eva Kmentová, Jiří Kolář, Stanislav Kolíbal, Čestmír Kafka, Vladimír Kopecký, Alena Kučerová, Karel Nepraš, Aleš Lamr, Eduard Ovčáček, Naděžda Plíšková, Vladimír Preclík, Zdeněk Palcr, Jiří Sopko, František Štorek, Olbram Zoubek). Album 75 represented a major step forward, encompassing a remarkable range of works by the most important representatives of an entire generation of Czech artists. Along with the following two albums, it marked a bold declaration of creative freedom and sounded a call for unofficial artists to be allowed to present their work in public. The choice of photography as the medium of reproduction also enabled the album to include numerous works of sculpture. The album not only met a vital need; it was also a unique and original artefact.

In 1976 Janoušek, Drabina and Štefan, working closely with Eduard Ovčáček, published their second album, comprising works by the best artists who were active at the time; the title page was by Ovčáček himself. Album 76 was practically the only opportunity these artists had to present their work to the public, and it deliberately broadened its scope to include Slovak as well as Czech artists. The concept for the album was based on graphic art; artists who did not specialize in graphic techniques could submit drawings. Album 76 displays a broad spectrum of artistic idioms, from traditional forms to more progressive approaches, including works by illustrators and conceptual artists. It includes a remarkable collection of works by the Slovak conceptualists, as well as pieces by their counterparts in Třinec. The album’s inclusive and broad-based approach stems from the democratic principles used during its compilation; the guiding criterion in the selection was quality. Attempting to produce an entirely representative cross-section of all contemporary artistic production would have been an entirely unrealistic ambition, which would have encountered numerous technical and practical problems. It was thus unavoidable that many excellent artists were not represented in the album; nevertheless, coordinating the publication of works by 65 artists is a remarkable achievement. Much of the credit for this achievement must go to Kamil Drabina, who was responsible for the highly professional standards of production as well as for the organization and distribution of the album. Unsurprisingly, the people involved in producing the album were subjected to considerable persecution by the authorities, but the uniqueness and quality of its content have stood the test of time.