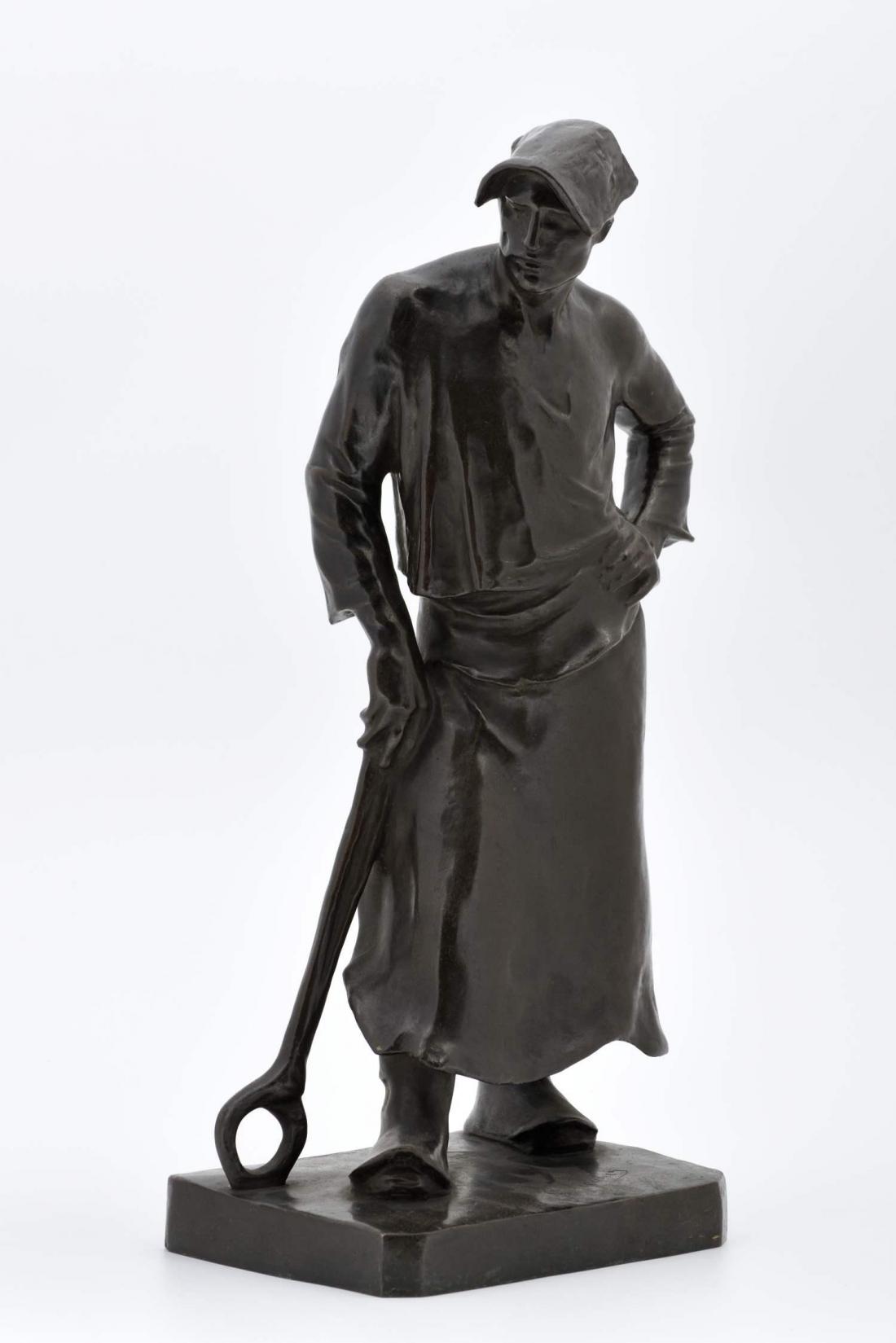 The latter’s oeuvre is reflected particularly in the painting Potato Harvest (1885). Meunier achieved greatest reknown and his international reputation from his sculptural activity, to which he returned in the 1880s. His sculptures were on social themes, for which he discovered the harsh brutality of living conditions in the industrial region around Liège, in the mines at Borinage and at the port of Antwerp. His most celebrated works include The Firedamp (1887−1890) and Dock Worker (1893). At the same time he revealed the poetry of such places in seemingly imperceptible and everyday events (Pit Pony, 1890). His figures of miners and workers in various trades and occupations would become a proclamation of unadorned hard work. Among those outstanding works is his figure The Hammerman (1886). It is an unsenti- mental portrayal of a man in a natural pose, dressed in work clothes and carrying the attributes of his trade. The work is imbued with a sense of pride and respect for human labour. Meunier’s oeuvre with its dispassionate approach would become timeless and remarkable not only for the period of its creation but but would also influence the development of a current of social realism in sculpture and inspire future artists.

A Belgian sculptor and painter, Meunier was born at Etterbeek, in an industrial region of Belgium. In 1845 he entered the Académie des Beaux–Arts in Brussels, where he studied sculpture. He subsequently studied painting which would be his main medium of expression in the years 1857−1884. During that period he stayed on several occasions in a Trappist monastery at Westmalle, where he painted a series of works on a religious theme as well as scenes of monastic life. In time everyday subject-matter came to prominence in his work and he came under the influence of Jean–François Millet.