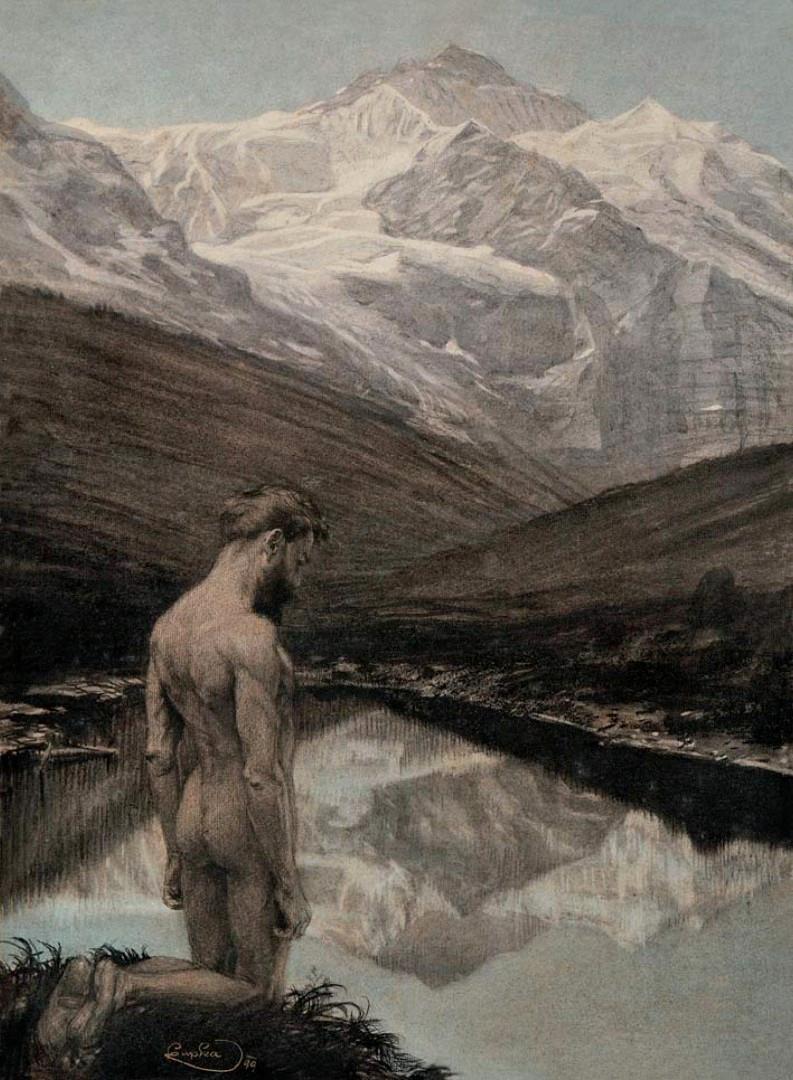 The drawing entitled Meditation belongs to the early symbolist period of Kupka’s oeuvre. In it attention is totally focused on the kneeling male nude viewed from behind, which is incorporated into a dreamlike landscape. The contemplative character of the scene is enhanced by the mountain peaks reflected in the surface of the water. The main idea behind the work could be the union of human existence with nature and awareness of human transience in the context of eternal nature, or the relationship of the microcosm and the macrocosm. The artist could also have been inspired by Nietzsche’s philosophical text “Thus Spake Zara- thustra”, which Kupka read as a student in Vienna, whose proposition that body and spirit coexist in unity is clearly reflected in Kupka’s drawing.

A renowned painter regarded as the founder of abstract art, Kupka was exhibiting pictures created in a realistic spirit with an admixture of symbolism, Art Nouveau and even a bit of Fauvism up to the age of 41. In the years 1888−1892 he studied at the Academy of Fine Arts in Prague under Professor František Sequens, subsequently continuing his studies in Vienna. 1895 was a crucial year for him when he left for Paris, where he started to be regarded as one of the foremost modern illustrators and creators of satirical drawings. He published cycles entitled Money, Religion and Peace in prestigious periodicals such as Cocorico and La Plume. This situation was only transitional. Over the years he abandoned realism and plunged into abstraction, in which he achieved absolute mastery. The presentation of his first two abstract paintings Fugue in Two Colors and Warm Chromatic at the Salon d’automne in Paris in 1912 was a revolutionary event.