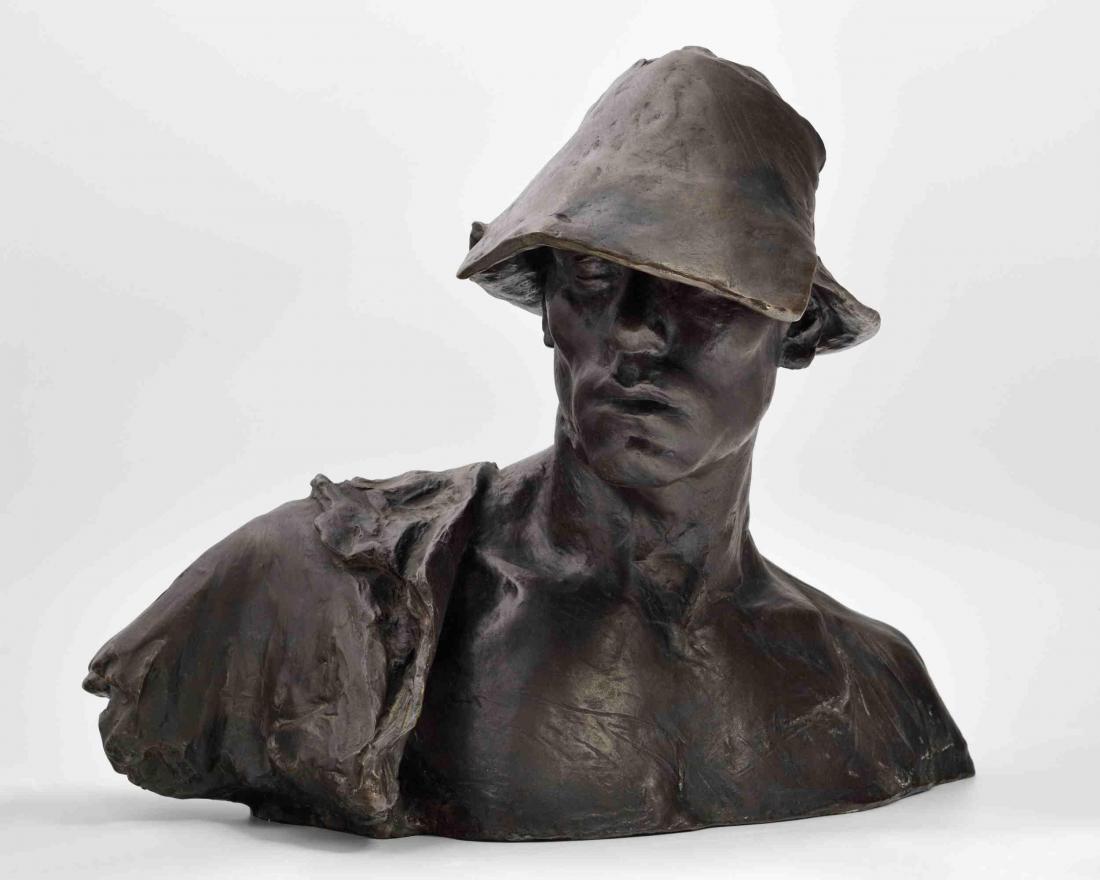 Pokorný’s Social Civilism, evident in The Fallen (1926) and Miner (1928) were influenced by the work of Constantin Meunier. The latter’s influence is also evident in one of the sculptor’s key works: the sculpture Ostrava from 1936. This bust of a young steelworker with his typical face mask partly concealing his expressive manly face not only became an image of pride in that occupation but also a universal symbol of the city.

From 1910 to 1911 Pokorný attended the vocational school of artistic wrought ironwork in Hradec Králové before studying at the School of Applied Arts in Prague (1911−1914), where he was taught by Josef Drahoňovský and at the Prague Academy of Fine Arts (1914−1917) in the studio of Josef Václav Myslbek, where he subsequently worked for several years as his assistant. By 1918 Pokorný was exhibiting his works at home and abroad (Bern, Zagreb, Paris, Venice) and he was a member of the Mánes artists’ association from 1920. From the outset he opted for social subject-matter such his reliefs for the Prague Accident Insurance Society (1926−1929), the monuments to victims of mining disasters at Lazy in the Karviná coalfield (1925) and at Osek in North Bohemia (1934), where he achieved monumentality by his poignant portrayal of the mourning parents. In the period 1936−1938 he sculpted reliefs for the mausoleum at the Monument of National Liberation: Attack — Defence — Dying — Death — Sacrifice. He returned to the theme of war in 1950 when he created the monument Fraternisation inspired by a photograph taken by Karel Ludwig in 1945 of Prague workman embracing a Soviet soldier and entitled First Encounter. Pokorný used the scene as the basis of his sculptural group Fraternisation, the original of which was in Česká Třebova.