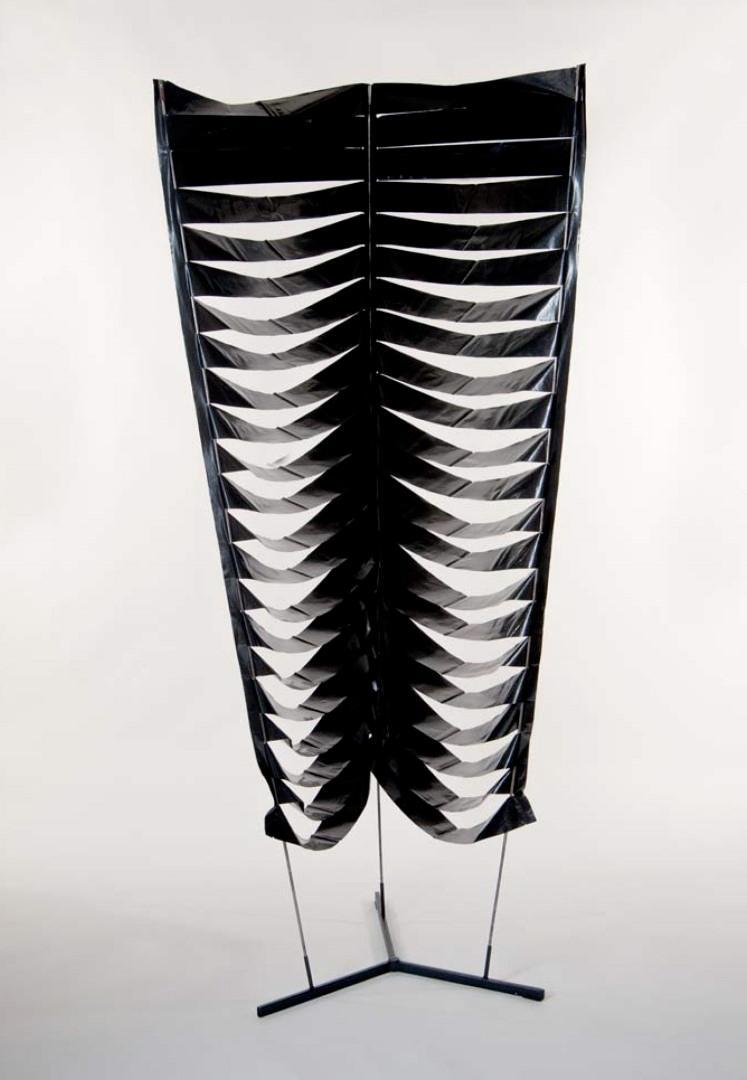 The idea of using new materials, such as slashed plastic foil of different colours in spatial objects that were often suspended was something quite innovatory in this country at the end of the 1960s. His gravitables became objects that could be given new forms and can be used to define space in a new way and draw the viewer into events in a three-dimensional way.
The natural, endless movement that evokes feelings of lightness is structured with an emphasis on transformation. Because of the nature of the materials not many of the artefacts have been preserved in their original state, hence the particular value the gallery’s intact exhibit.

Jiří Bielecki is one of the most significant exponents of geometrically-formed art in this country. He trained at a vocational furniture school in Chrudim, which influenced his art through experimentation with materials and involvement in interior decoration. He became a leading representative of the Concretists’ Club that was fairly influential on the Ostrava scene. For the artists of the group concrete objects were instruments of pure aesthetic experience, newly created objects that bore a clear and positive concept of the world. The concretists abandoned strictly logical construction and the objects evolved freely with the involvement of irrational geometry, or they were left open to events, phenomena and situations caused by the presence of the public. A typical feature of their innovations was introducing neologisms in addition to established terminology, such as Bielecki’s gravitables in which one may note a tendency akin to that of the Zero group. But in Bielecki’s case is was a completely individual artistic expression.