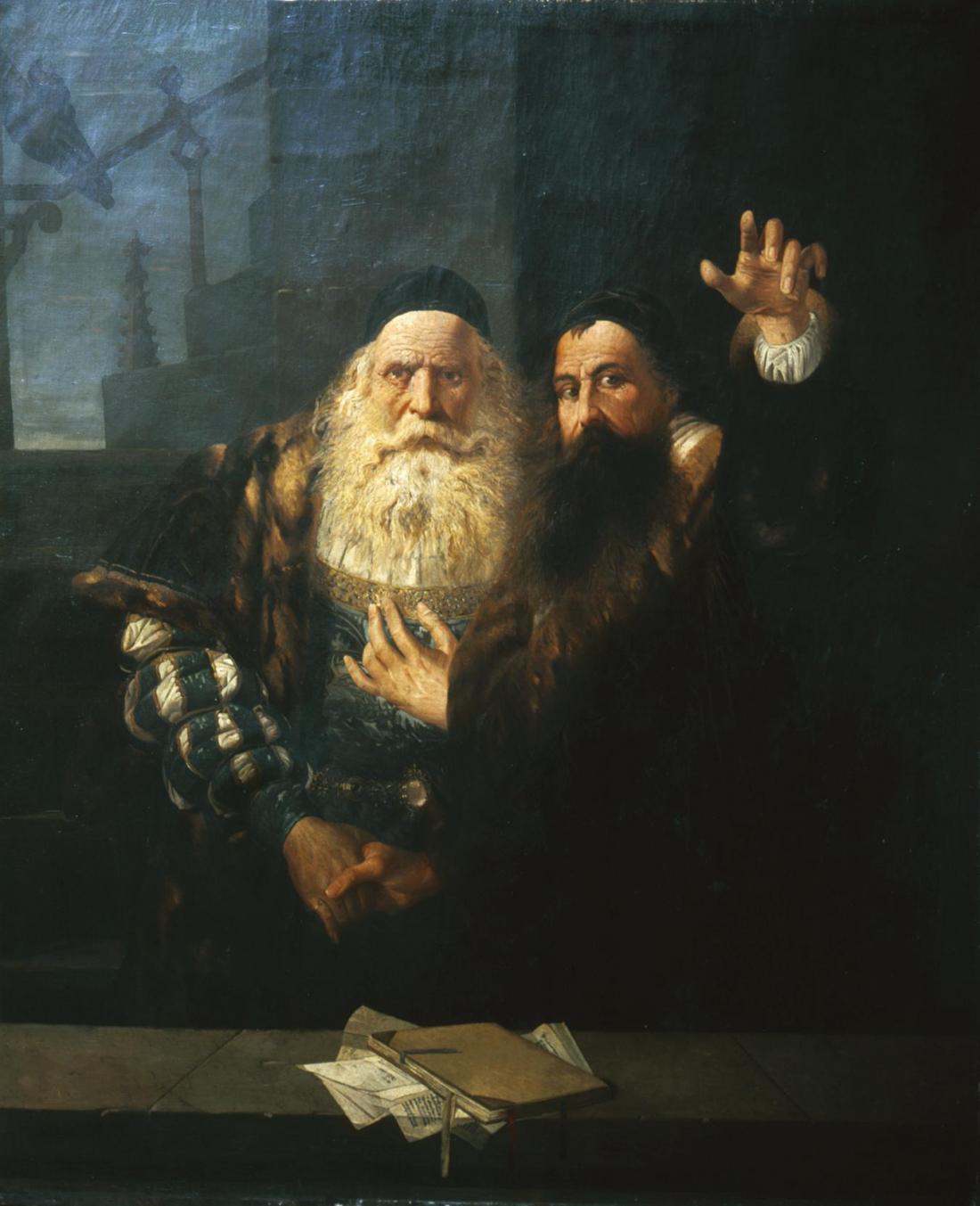 The painting Jan Ámos Komenský Says Farewell to Karel the Elder of Žerotín was acquired by the Ostrava Gallery of Fine Art as part of a bequest by the philanthropist František Jurečka in 1925. This canvas on a historical theme depicts Jan Ámos Komenský with his patron and protegé. There was a gap of twenty-six years between their ages and although Komenský was the younger Brožík painted him as an old man. In contrast the nobleman is portrayed as a middle-aged man, whose appearance is entirely fictional. Brožík disregarded facts in his works and adapted reality to the needs of his artistic invention. Elegant academic painting is typical of his work together with bravura treatment of light and colour.

Brožík learnt lithography as an apprentice in the years 1864−1866 and then worked for several years in a porcelain factory. He became one of the foremost portraitists and painters of historical subjects of his time. His name is associated with the construction of the National Theatre in which he contributed to the decoration of the Royal Box with his work The Three Ages of the Czech Lands. In the years 1868−1870 he studied at the academies in Prague under professors Emanuel Roma and Antonín Lhota and then in 1873−1874 in Dresden and Munich, where he was greatly influenced by the work of Karl Theodor von Piloty. He completed his studies in Paris in 1876 at the studio of Léon Bonnat. During a study trip to Holland in 1879, he mastered the old masters’ techniques typical of Dutch painting from the 17th to the 19th centuries. From 1876 he lived in Paris and in 1886 was the only Czech artist to be elected to membership of the Académie française and the following year he was raised to the nobility by Emperor Franz Joseph I of Austria. In 1893 he became professor of historical painting at the Academy of Fine Arts in Prague.