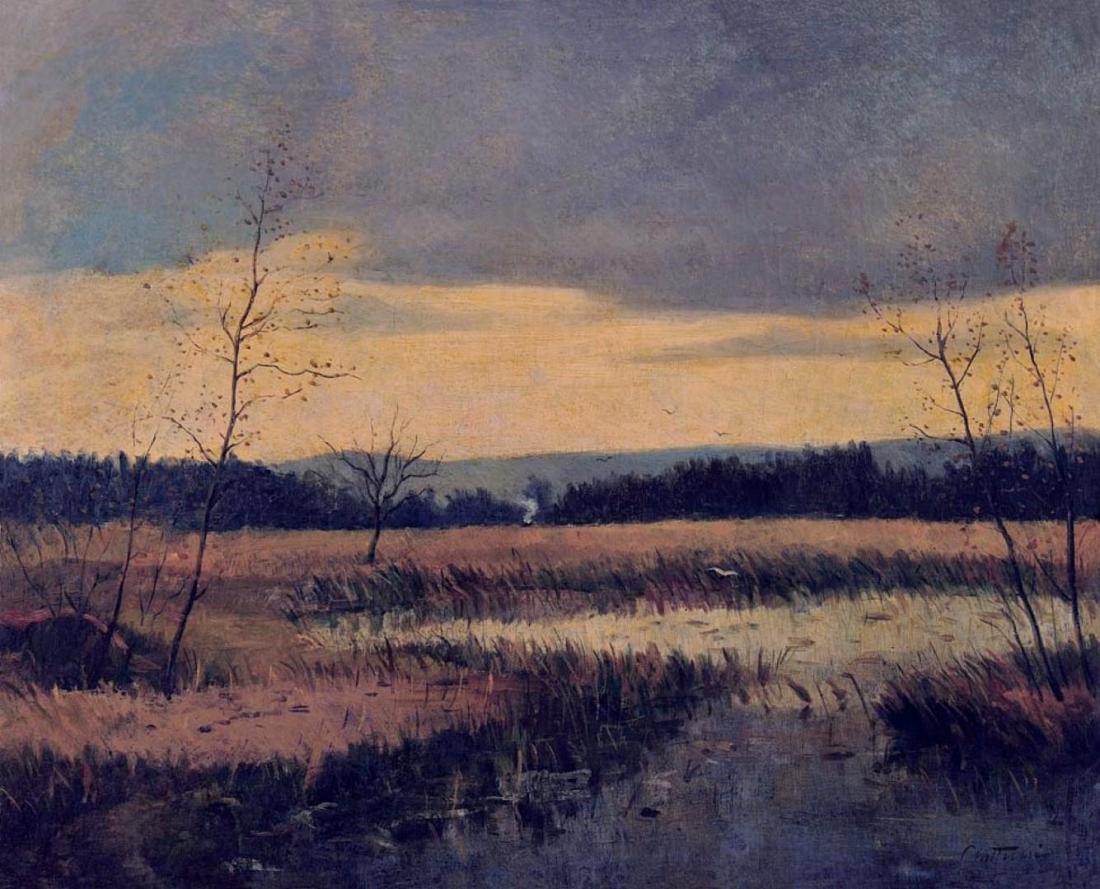 His paintings feature the Iron Mountains and the South Bohemian ponds and he sought subject matter for his landscapes around Prague at Troja, Petřín, and by the river Vltava at Davle, as well as at Zvíkov. His was a completely new concept of the landscape that was influenced not only by elements of realism but also of French Impressionism. He probably painted Carp Pond near Třeboň two years after his return from France, when he fell under the spell of the landscape around Třeboň, with its very specific atmosphere —— the sky reflected in the surface of the ponds there. The theme fascinated Chitussi, for whom it was a new artistic challenge. The drama in the scene comes not only from the light chosen but also the brush strokes. The colour scheme is deliberately chosen to match the period of autumn. Chitussi painted in plein air regardless of the weather, which affected his health and he contracted TB, which was to prove fatal.

This major 19th century Czech landscape painter studied at the Academy of Fine Arts in Prague under Emanuel Rom and Antonín Lhota, then in Munich under Hans Anschütz and again in Prague under Josef Matyáš Trenkwald and Jan Swerts. He did not complete his studies, however. He first trained as a figure painter but became increasingly interested in landscape painting in the course of his travels in Europe. He spent the years 1879–1884 in France on the recommendation of his patron’s daughter Zdenka Braunerová, who introduced him to the work of the so-called Barbizon School, whose members included Théodore Rousseau, Charles–Franĉois Daubigny and Camille Corot, who depicted the spirit of the land- scape in the context of different times of day and seasons of the year. Chitussi started to paint the Czech landscape under their influence.