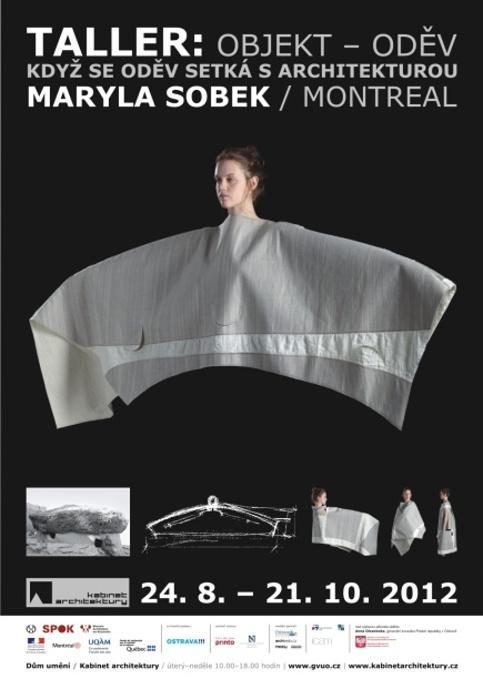 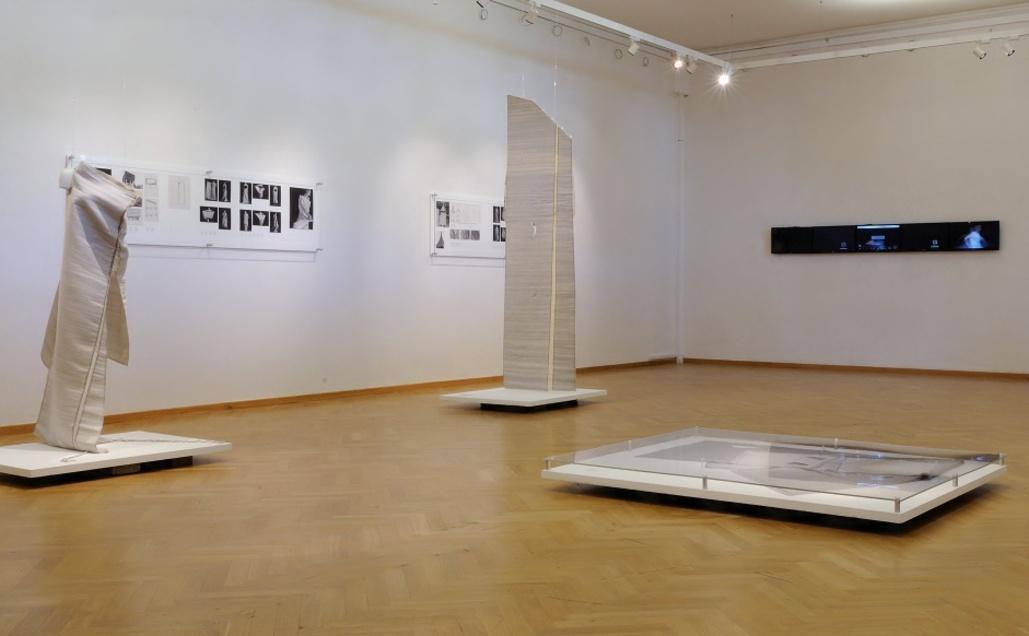 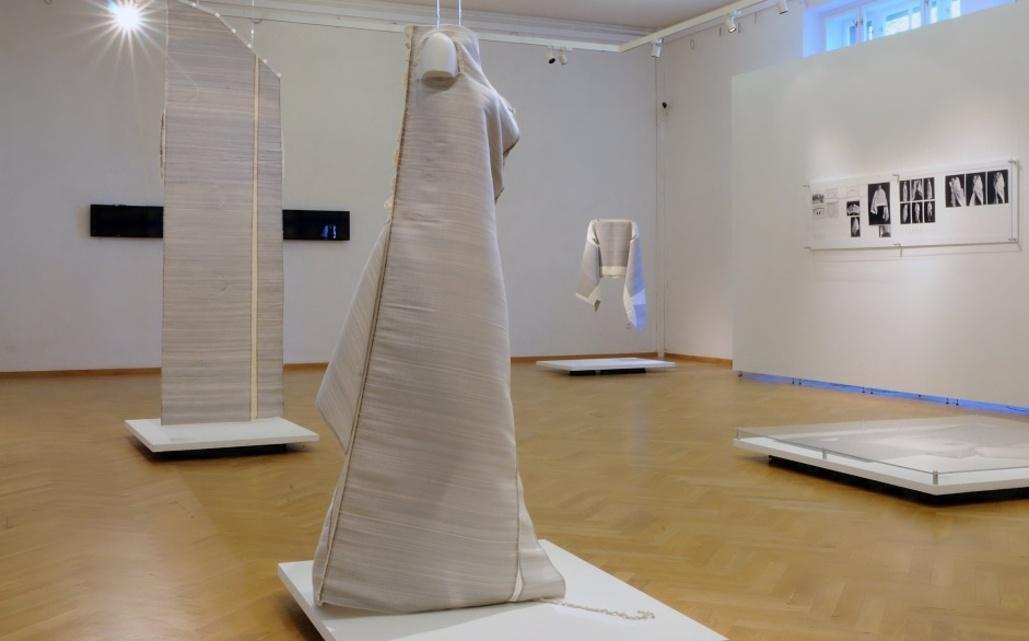 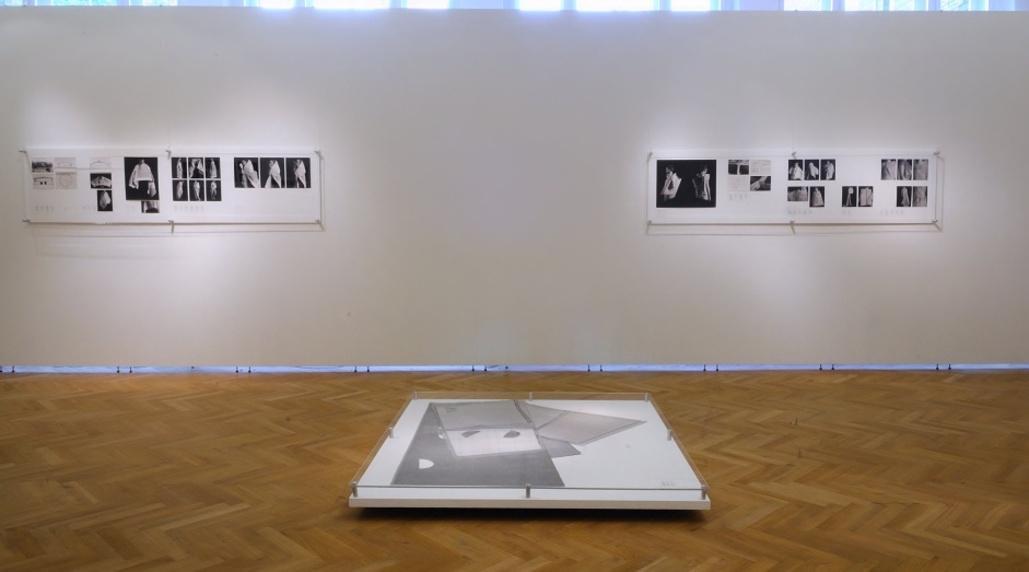 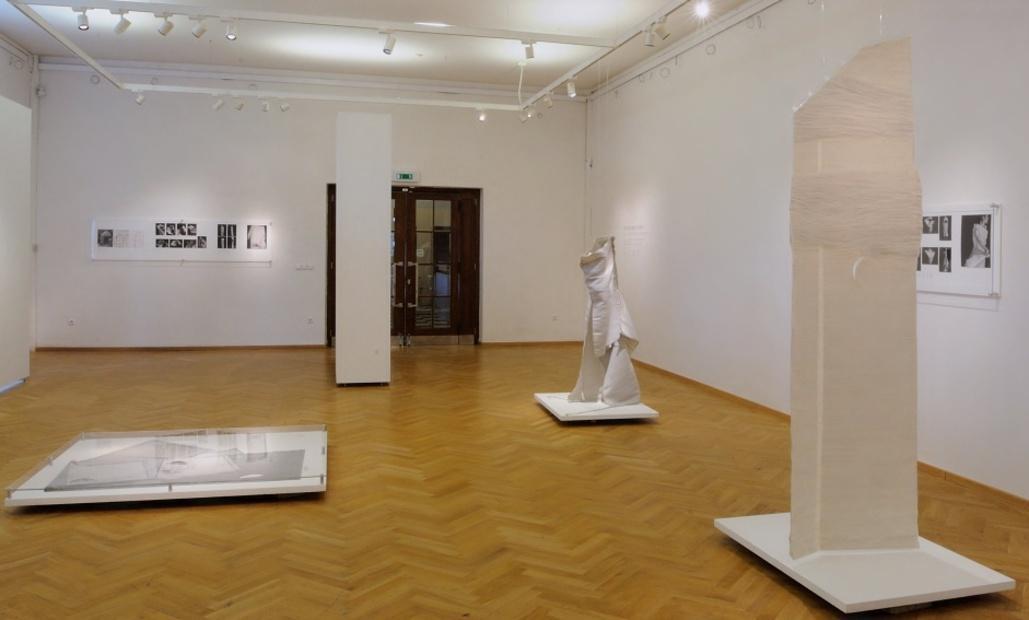 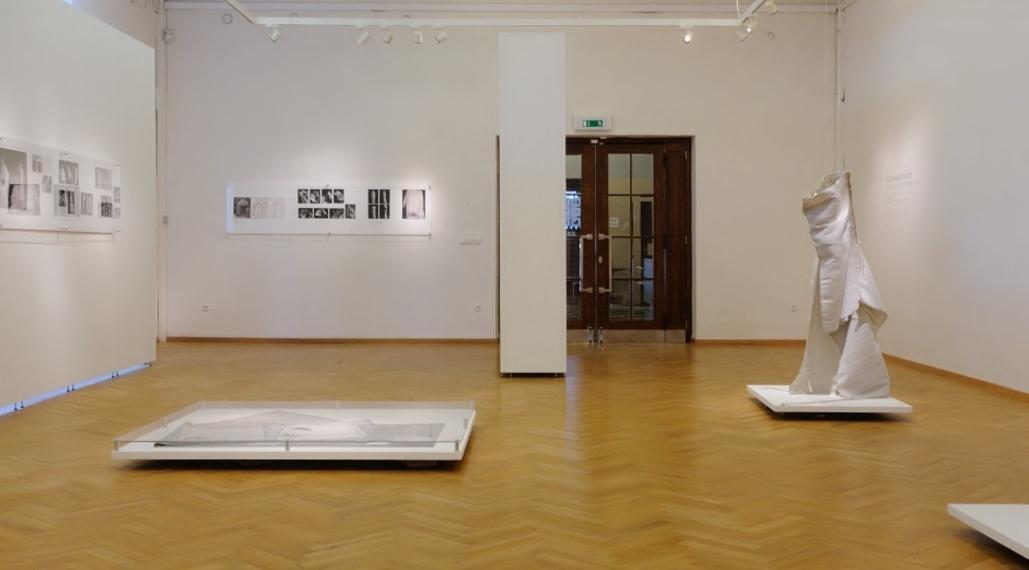 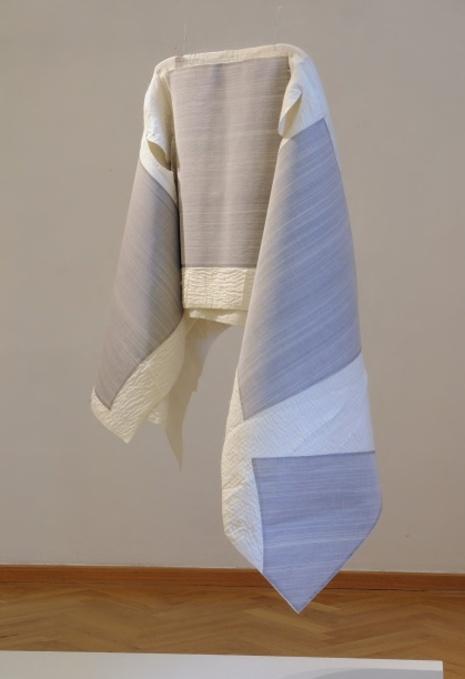 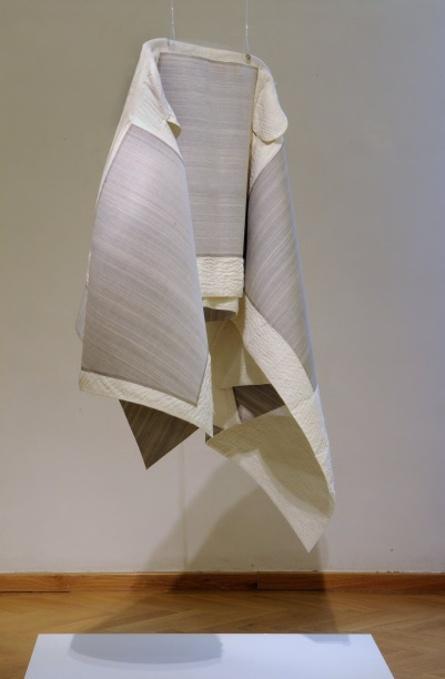 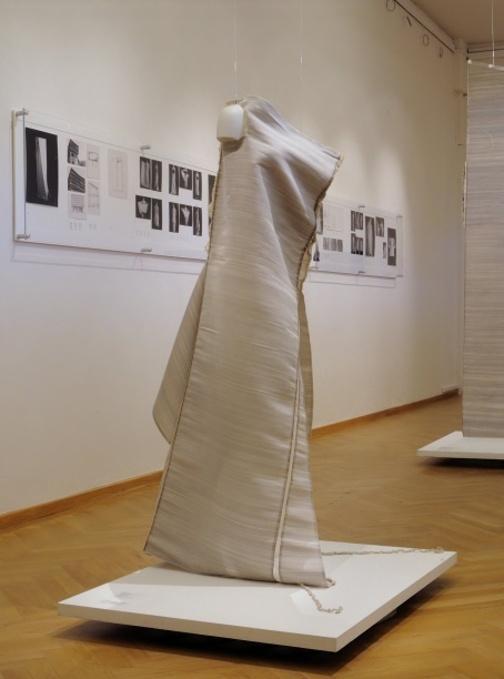 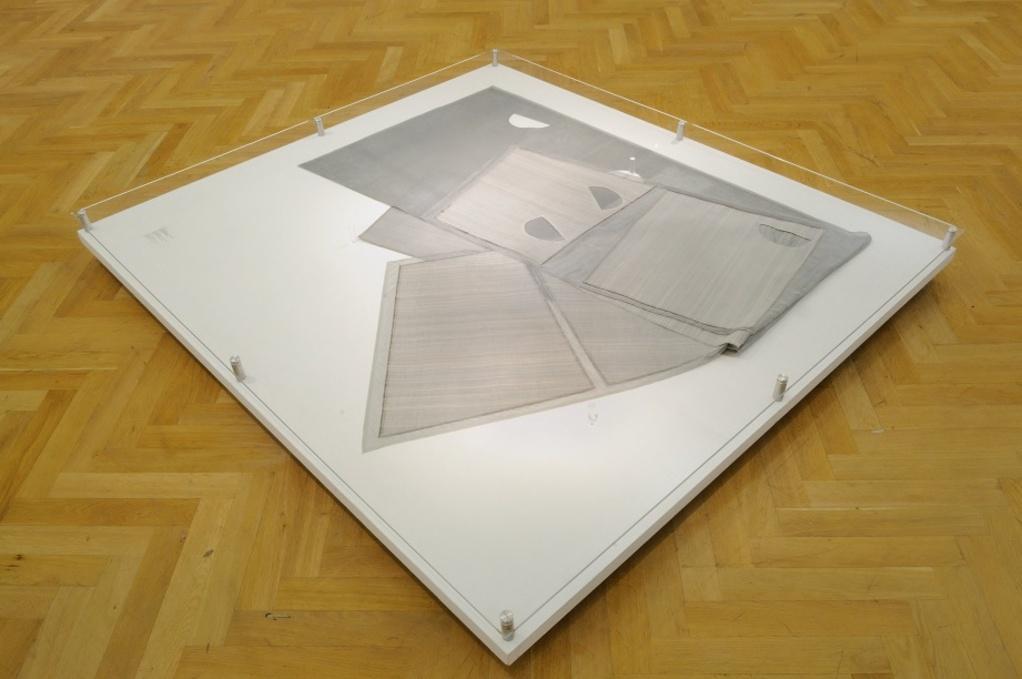 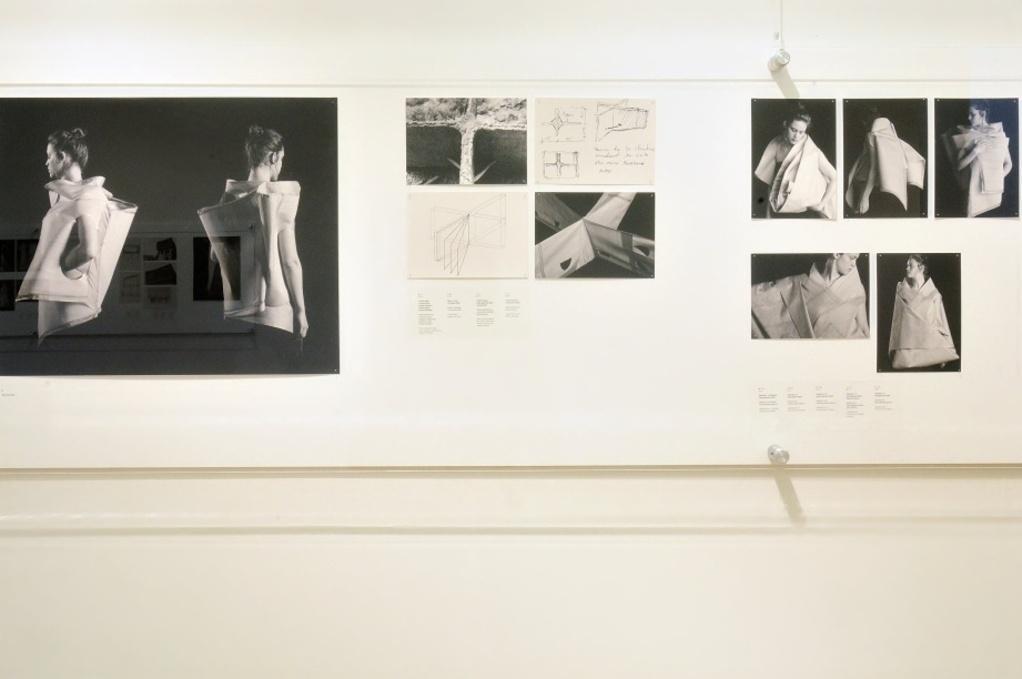 Maryla Sobek studied architecture and fashion. Prior to 1996, when she became a professor at the School of Design at the University of Quebec in Montreal (UQAM), she worked as a stylist at the Balenciaga and Lanvin fashion houses in Paris. The subject of her doctoral thesis was the search for structural and aesthetic parallels between clothing and an architectural object. Her studies on Western fashion and architecture from 1950-2000 confirm that we find many parallels in the design of clothing and architecture, both in terms of structure and form. In 2009, she carried out field research in Mali in the area inhabited by the Dogona. Research, funded by a grant from the Quebec Fund for Research in Society and Culture [FQRSC], has enabled it to find new approaches to fashion design and to be inspired by non-Western architectural aesthetics, especially Dogon architecture.  The Taller: Object - Clothing exhibition is the result of this research.

The exhibited objects are located at the intersection of architecture and fashion, and the exhibition itself extends the interdisciplinary character of the project by presenting dance, video and photography. To fulfill the purpose of the exhibition, the key task was to make visible the special polymorphic character of the objects and their extremely sensitive reactions to the body in motion. That's why the curator and artist asked for help from Manon Levac, a professor in the Department of Dance (UQAM), as well as Sarah DellAva, a master's student in dance, who together created a choreography for each of the garments.

Maryla Sobek benefits from the many years of experience of an architect and designer and tries to connect two areas of her activity: architecture and clothing. It is based on Henry Lefebvre's ideas about "space production". Especially from his opinion that the set of activities of a certain society in a certain spatio-temporal context influences the global production of the space of this society and culture. Based on the parameters of space, function and structure, Maryla Sobek creates a model that allows her to perform a comparative analysis of both types of creative activity and outline areas of their intertwining (convergence). Therefore, for the purpose of analysis, it is necessary to introduce the theoretical concepts of clothing-object and architecture-object. Clothing-object refers to any object devised by a designer or creator, while architecture-object refers to a "product designed by an architect or architectural firm and which - like clothing-object - can act as a precursor (prototype) and affect the usual construction form ". After performing a comparative analysis, we will be able to move away from simple stylistic similarities and conceptualize the clothing-object as a creative and theoretical intention at the same level as in the case of architectural creation.