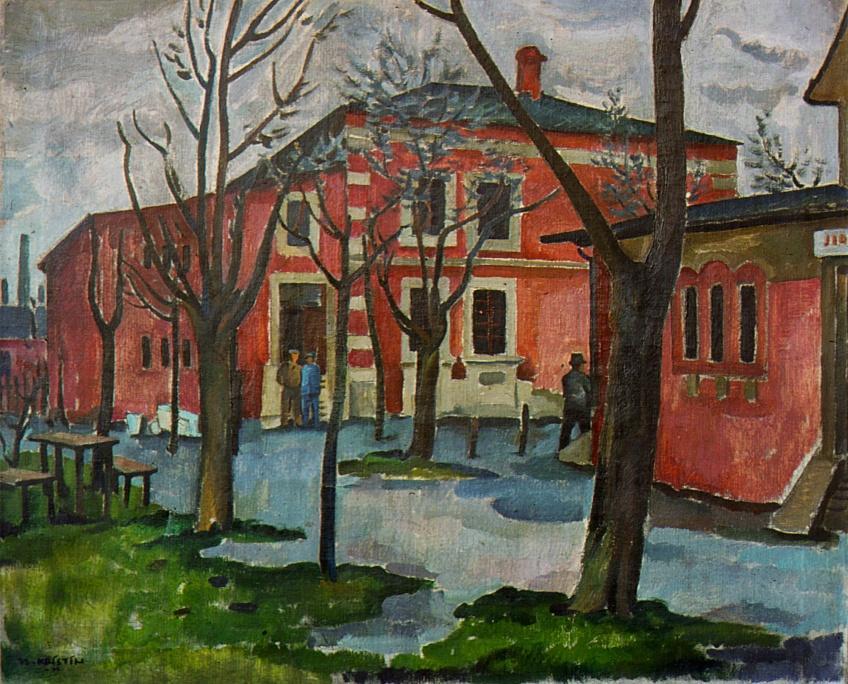 The painter, graphic artist and illustrator Vladimír Kristin (1894–1970) was twice kissed by the muse. In his youth he had to decide whether to focus on piano-playing or art. His love of painting won out – and it was to stay with him for his entire life. He began to make a name for himself on the art scene during the 1920s. In the following decade he often exhibited his works alongside other modern artists from Ostrava – Augustin Handzel, Jan Sládek and Bohumír Dvorský (members of the Ostrava Fine Artists’ Group). His poetic explorations of social themes depict locations and lives on Ostrava’s periphery during the inter-war years, but his oeuvre also includes landscapes, portraits, still lifes and flower paintings influenced by Paul Cézanne. After the Second World War his approach shifted, and realistic panoramas of Ostrava became a key leitmotif in his work from this period. We should not forget his association with the National Moravian-Silesian Theatre: in 1948 he designed the scenery for its production of Smetana’s opera Two Widows.