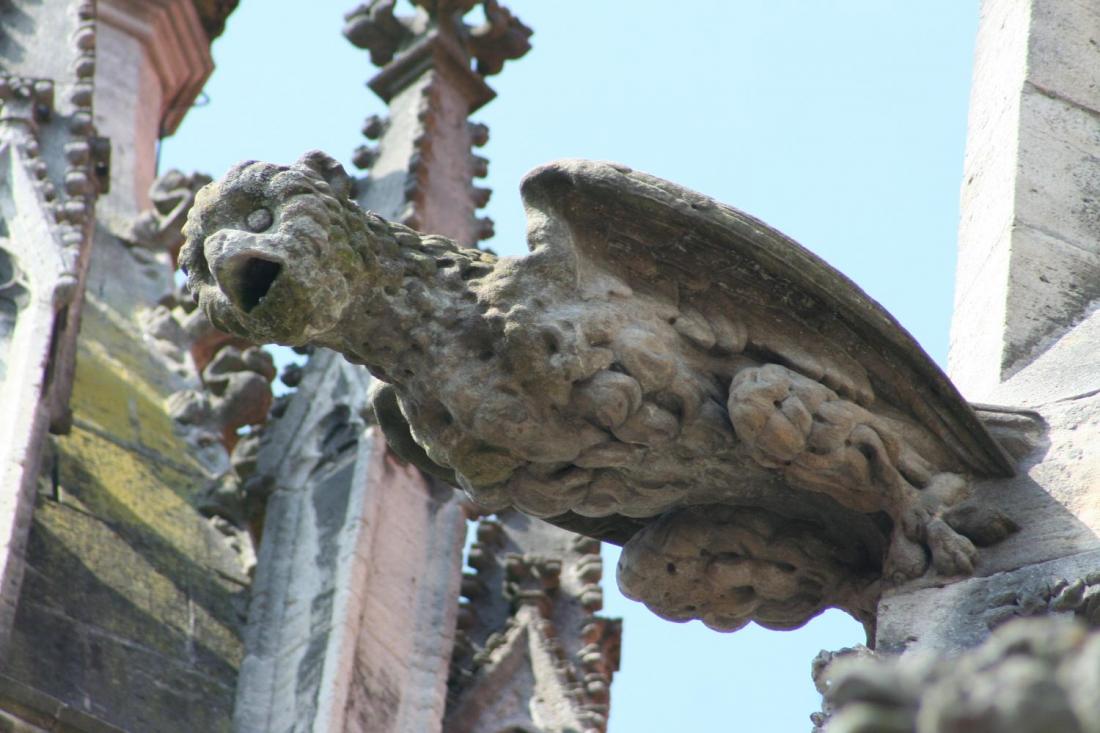 Sculptural ornamentations were an important and integral part of sacred buildings during the Gothic era, and they can be found both outside and inside churches. The exterior of a Gothic church is a richly varied organism, and only some parts of the ornamentation can be seen from a distance with the naked eye; some features are not immediately visible when viewing a church. However, it is not important for all features to be visible; the main thing is that they form part of the building as a complete whole. A very interesting type of sculpture found on medieval churches is the gargoyle. Gargoyles had an important practical function – to drain water from roofs, gutters and other exterior surfaces. Cathedral gargoyles were mainly figural sculptures; they were large-scale works which gave talented stonemasons an opportunity to display their skill and imagination. They were often sculpted in the form of ugly, frightening figures – dangerous monsters, birds of prey and other predators. In the Middle Ages they also performed a protective function, as they were believed to help repel evil forces.