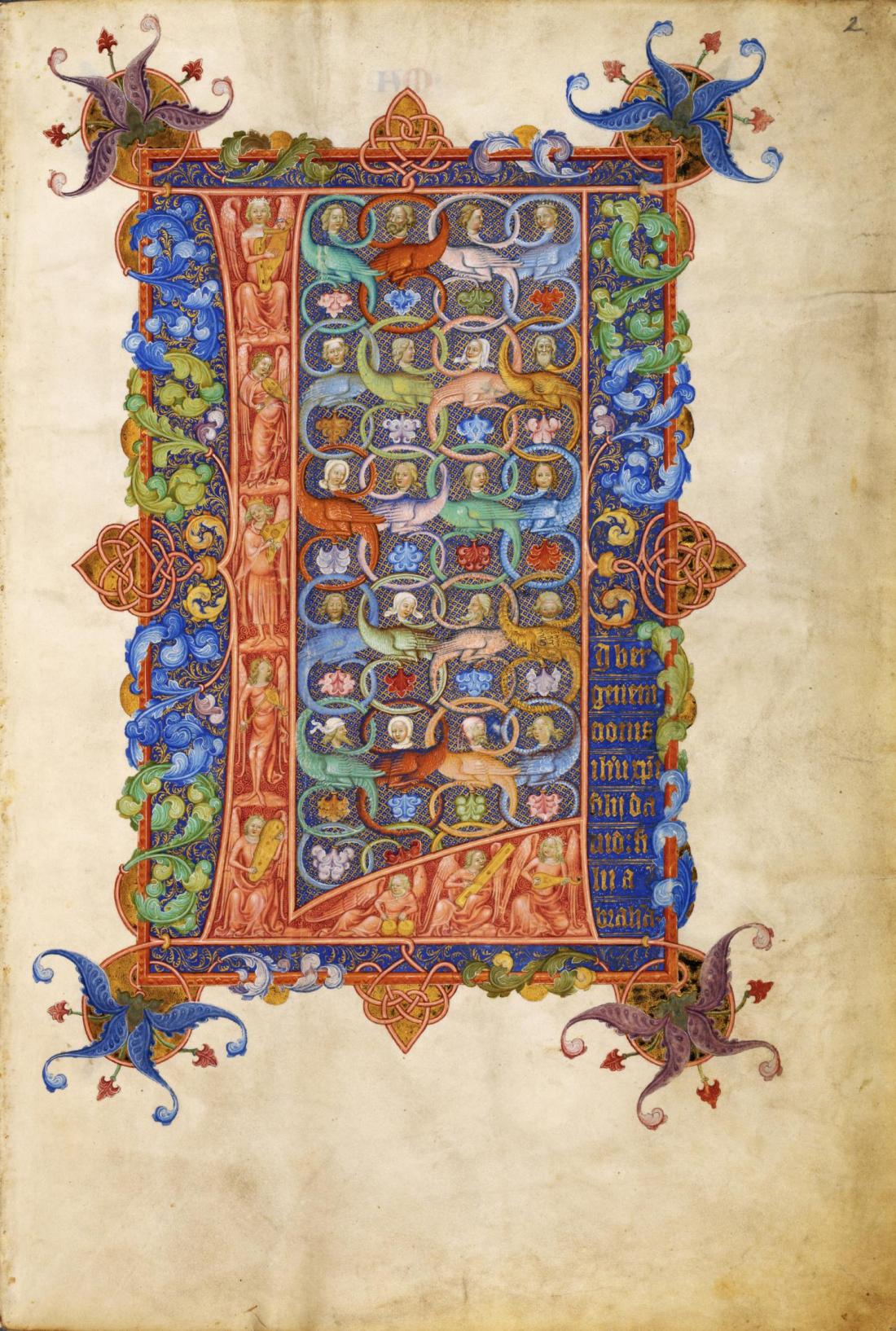 John of Opava’s gospel book – considered one of the most valuable foundation holdings of the Austrian National Library – is one of the most beautifully produced manuscripts produced in what is now the Czech Republic during the Middle Ages. Together with the Liber viaticus made for John of Neumarkt, it ranks among the most valuable manuscripts dating from the reign of Emperor Charles IV. It is thought that the manuscript of the gospel book was commissioned by Duke Albrecht III of Habsburg (1349/1350–1395), who became its first owner. It is ornamented with pairs of full-page illuminations placed at the beginning of each gospel. At the left, each illustration features twelve scenes from the life of the relevant disciple, and at the right there are large, richly decorative initial letters of the text set against an ornamental background. John of Opava is identified in the manuscript as the copyist and illuminator. It is possible that he was merely a scribe, and that he was responsible for the secondary decorative elements. However, he is thought to have produced around two-thirds of the illuminations in the gospel book. He was evidently the head of the workshop where the manuscript was created.