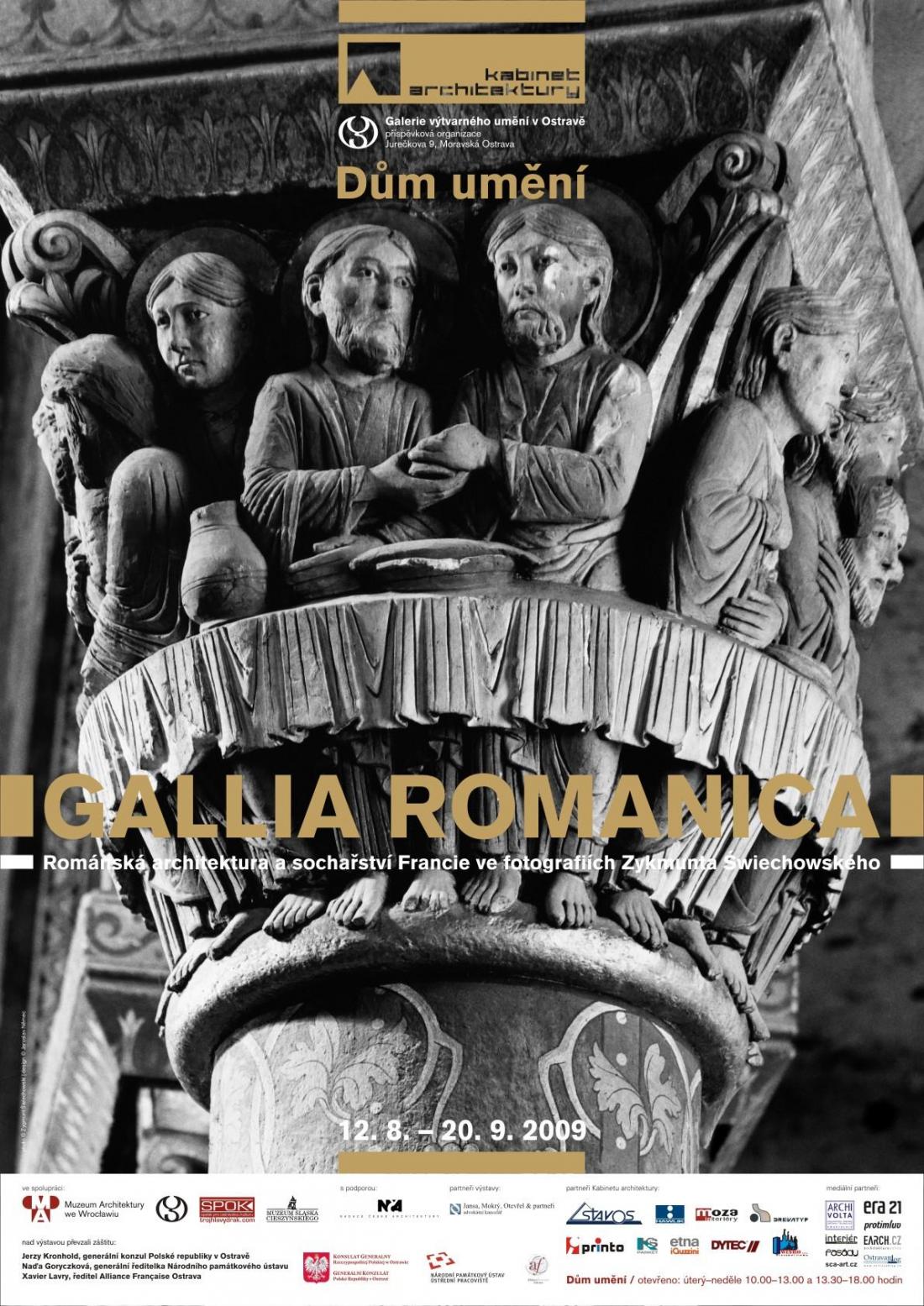 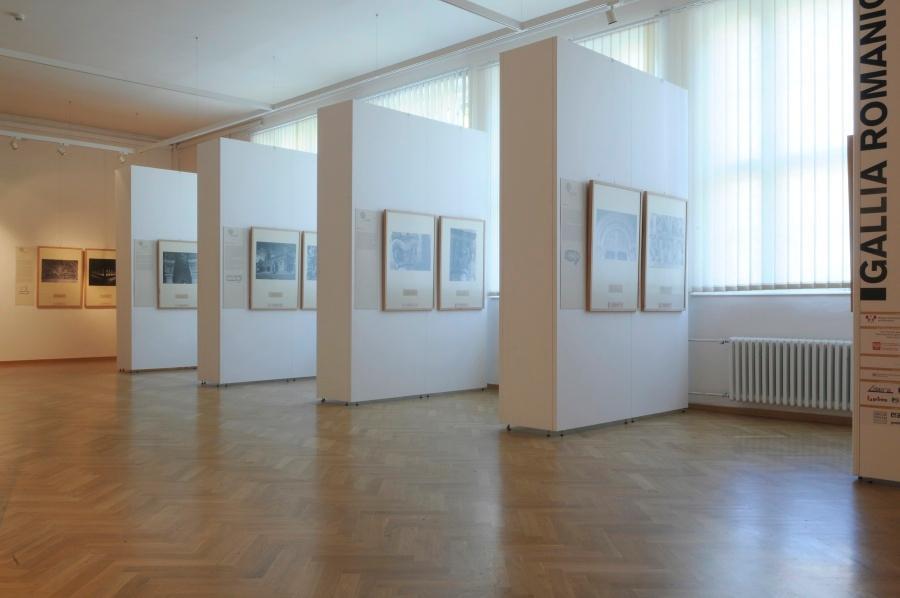 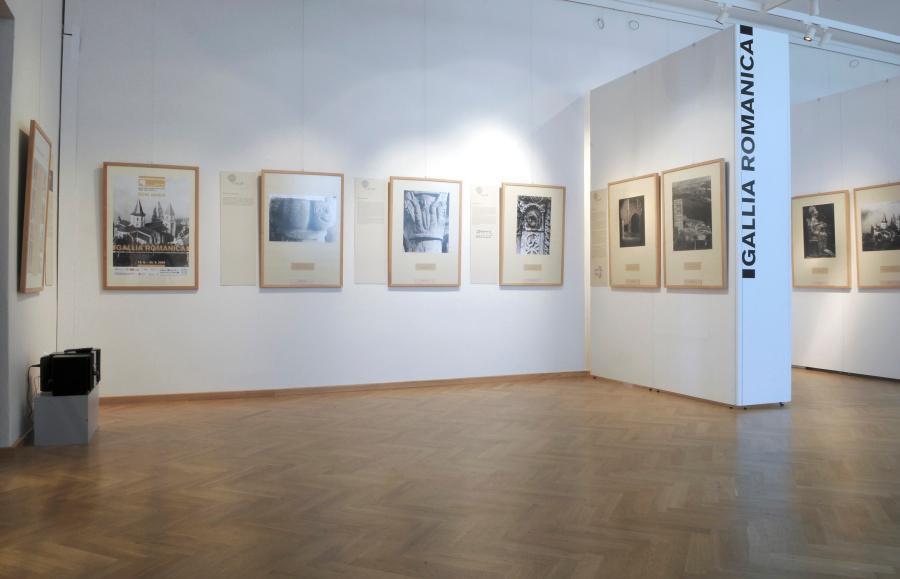 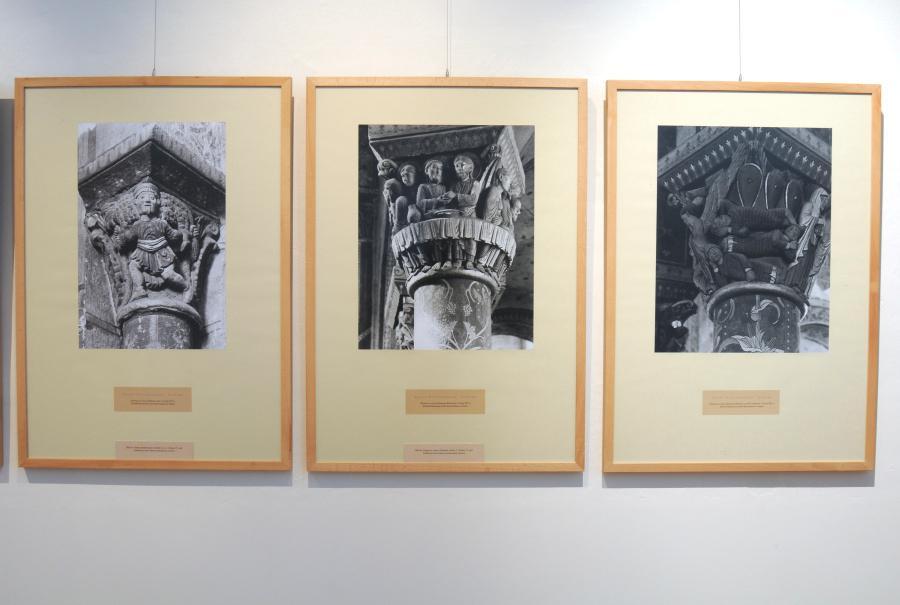 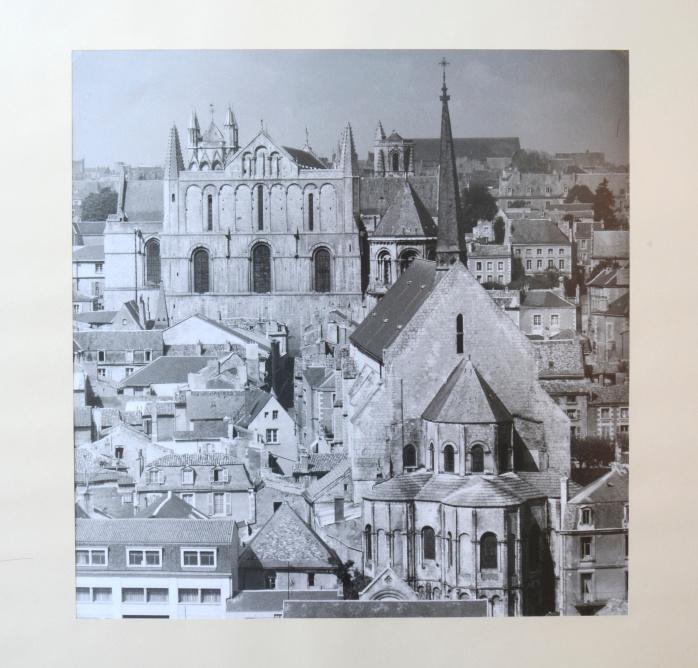 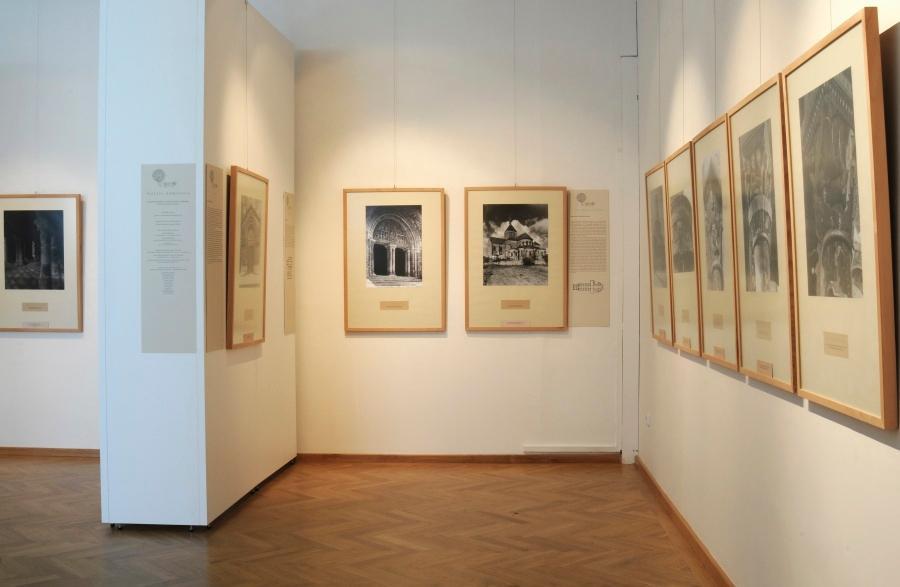 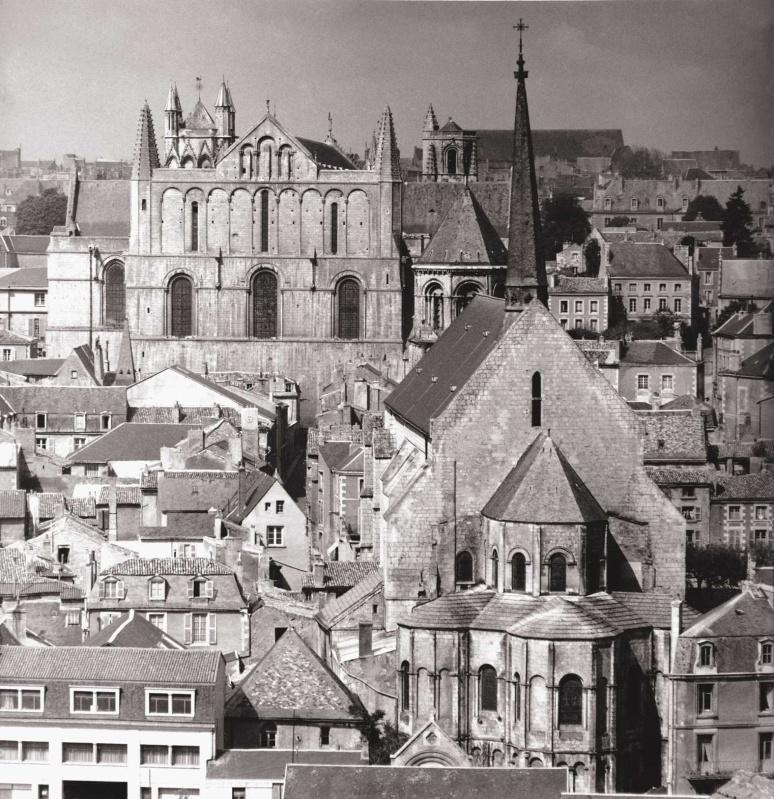 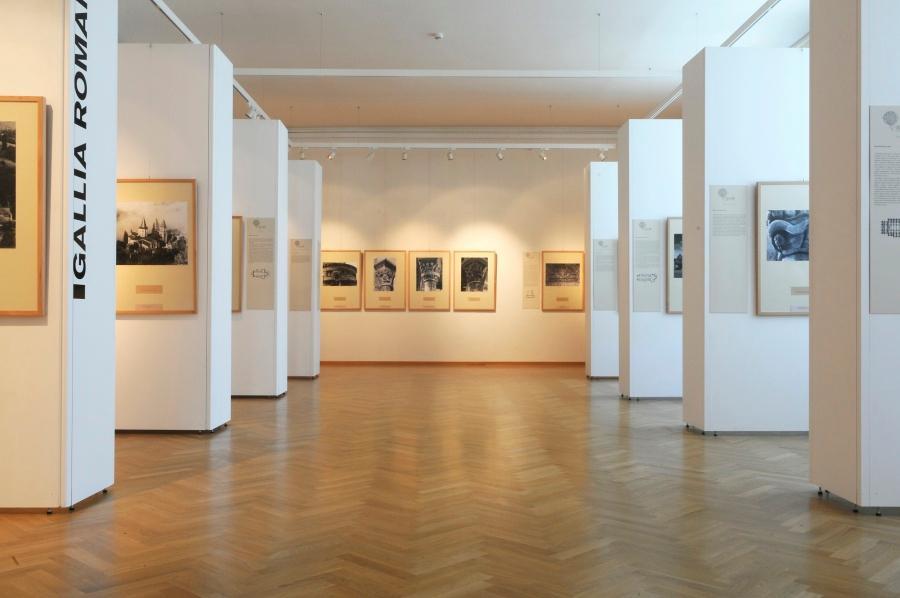 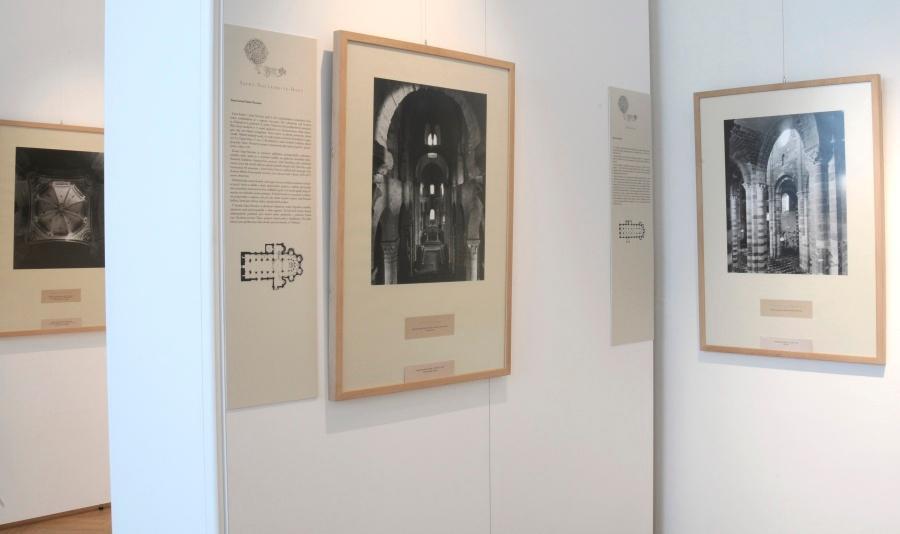 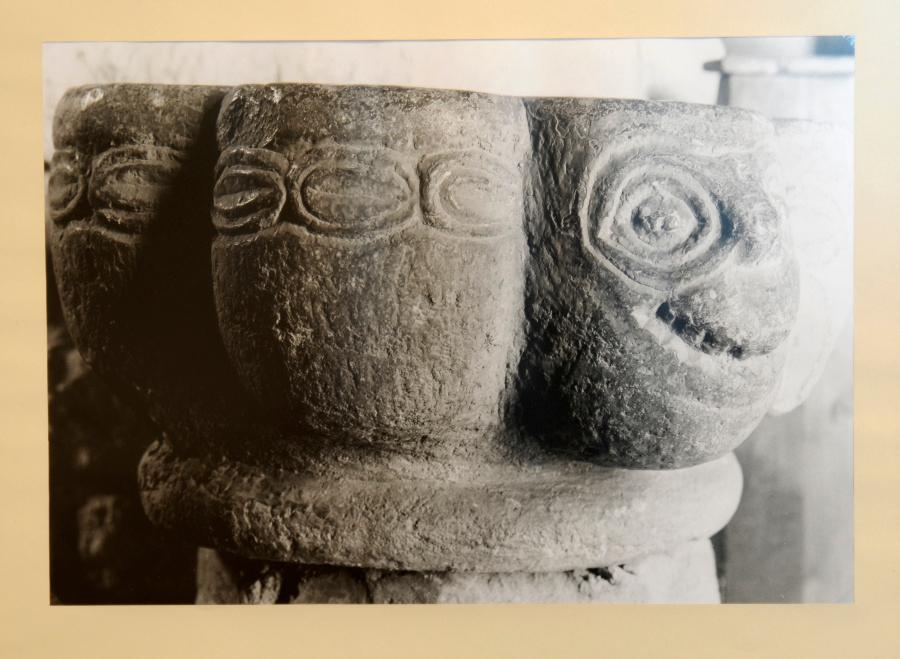 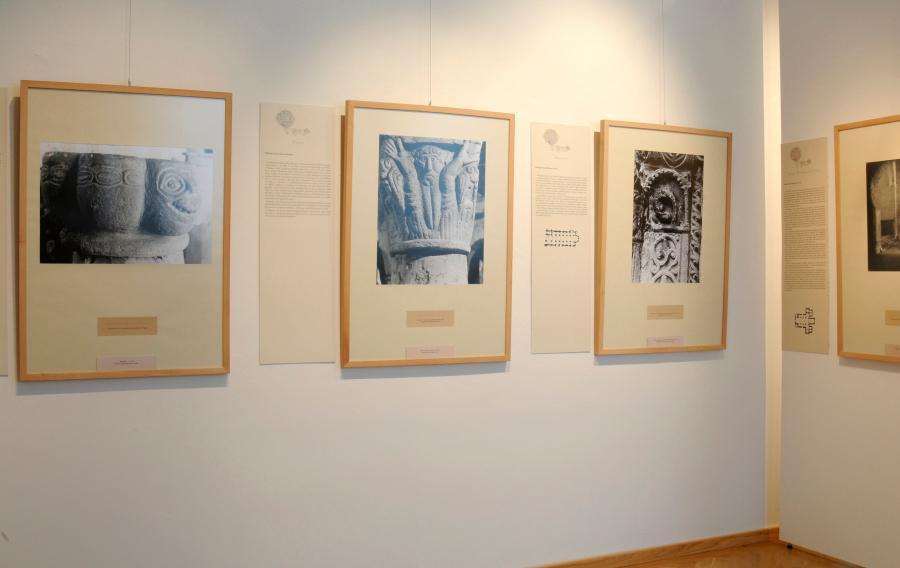 The exhibition (Gallia Romanica) presents examples of Romanesque architecture and sculpture in France on fifty eight black and white photographs. Professor Zygmunt Świechowski – the author of these photographs as the art historian belongs to the most prestigious authorities on Romanesque architecture in Poland. Most of photographs were taken during his fi rst visits in France in the fi fties of the last century. Among others it is possible to see the famous pilgrimage church Saint-Foy in Conques Pyrenees, the fortifi ed minster in Sainte-Marie-de-la-Mer, the cathedral in Le Puy where its nave is roofed by six cupolas or churches that are characteristic for district Auvergne with decorated stone mosaics with fl ower theme and geometrical patterns. It is also possible to admire the best of the sculptured artwork in French architecture – the monumental portals in Moissac and Autun, the richly decorated figural relieves of church façades in Saint-Gilles-du-Gard, the Notre-Dame-la-Grande in Poitiers and the Saint-Nicolas in Civray or decorated column capitals from Anzy-le-Duc, Issoire, Toulouse.

Zygmunt Świechowski (*18th Fenruary 1920) – head of the art history department in Wrocław university (1963–1978), director of Institute of Architecture and Urban Planning at Polytechnic of Lodz (1978–1998), he held lectures at universities in Franc, Italy and Germany, among others he cooperated with Centre d’Ésudies Superieures de Civilisation Medievale in Poitiers. He is the author of many articles, monographs and publications dedicated to history of art especially to Medieval art, his works were also published in Berlin, Wiesbaden and London. Nowadays at his age 89 professor Świechowski is still active in his fi eld and sits among others in the museum council of Wrocław’s Museum of architecture.