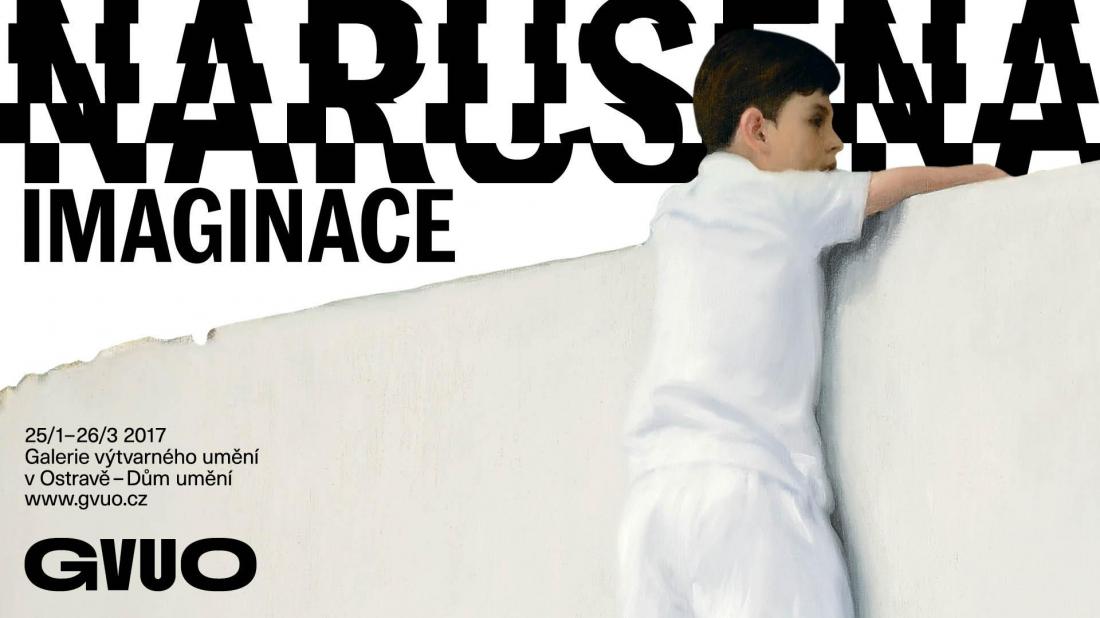 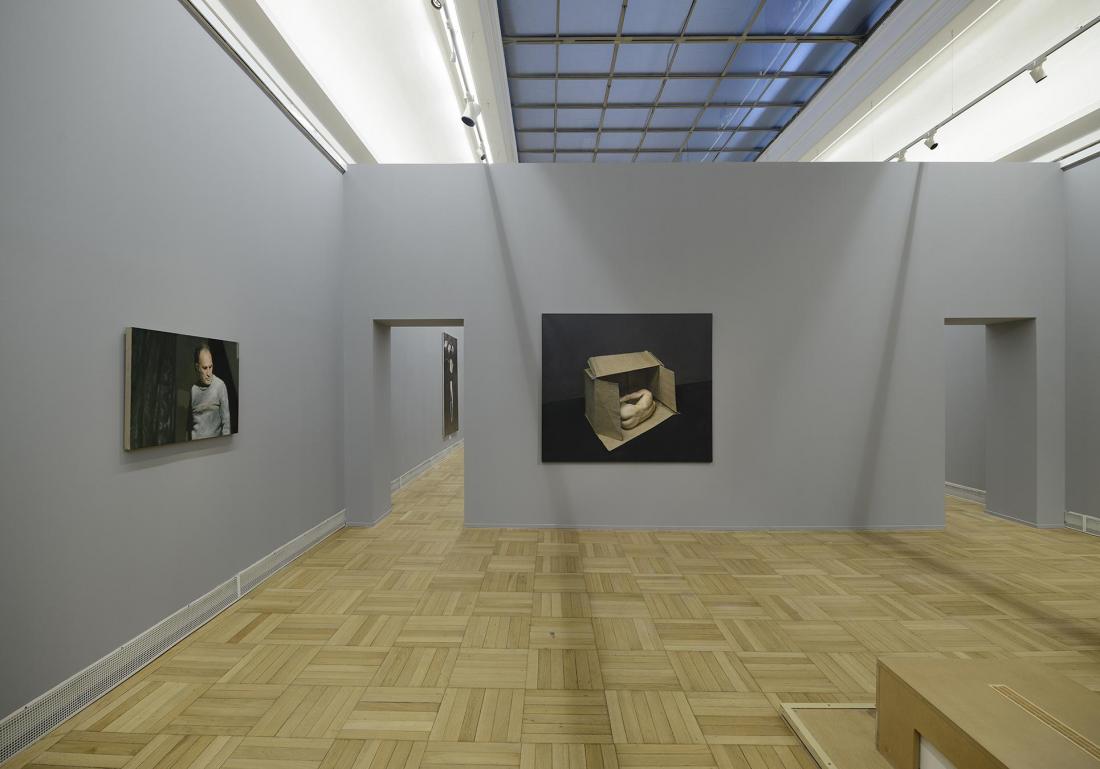 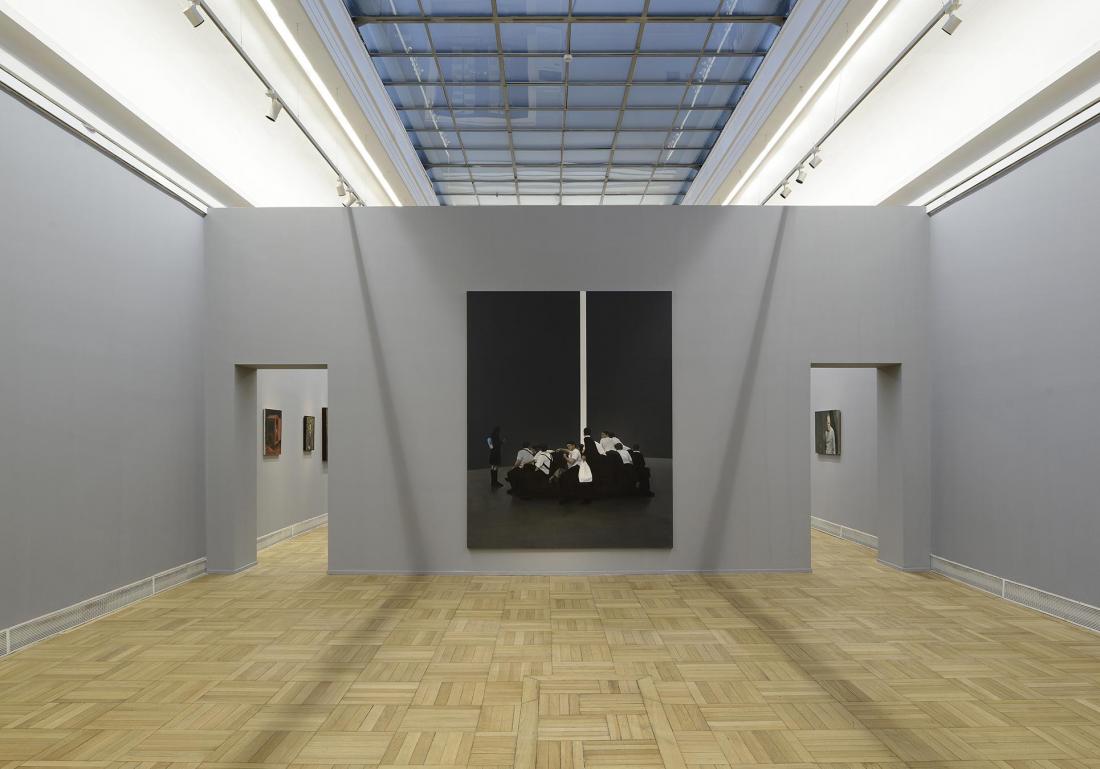 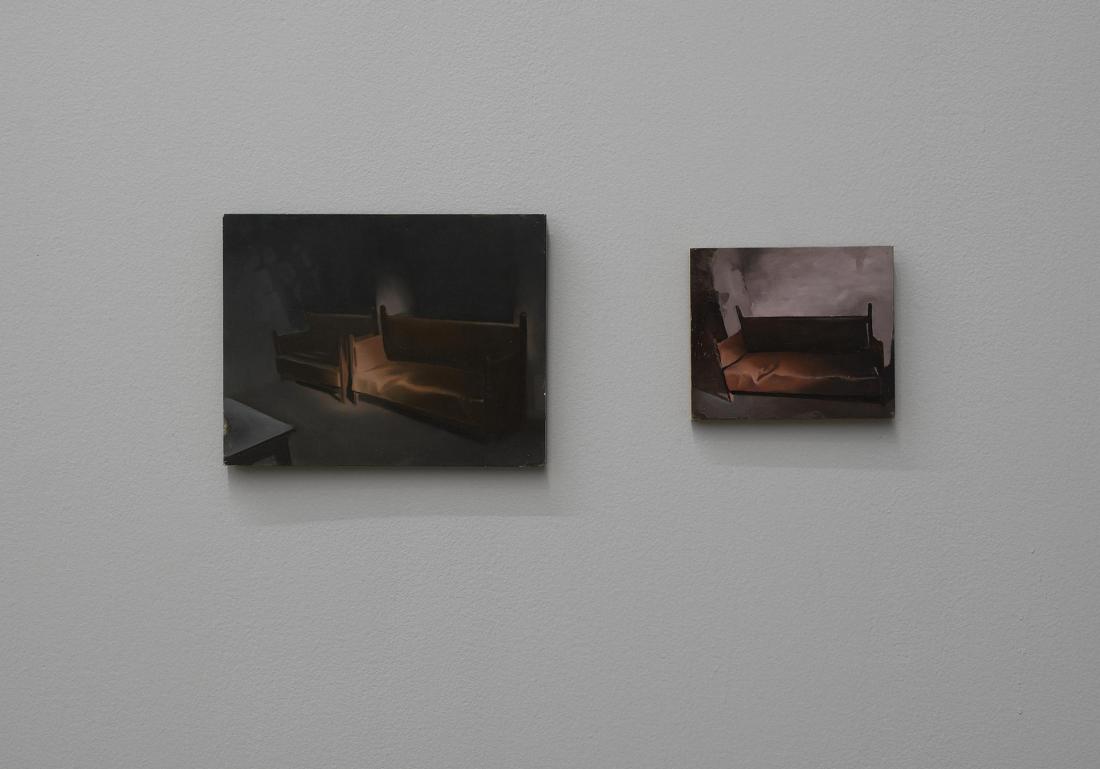 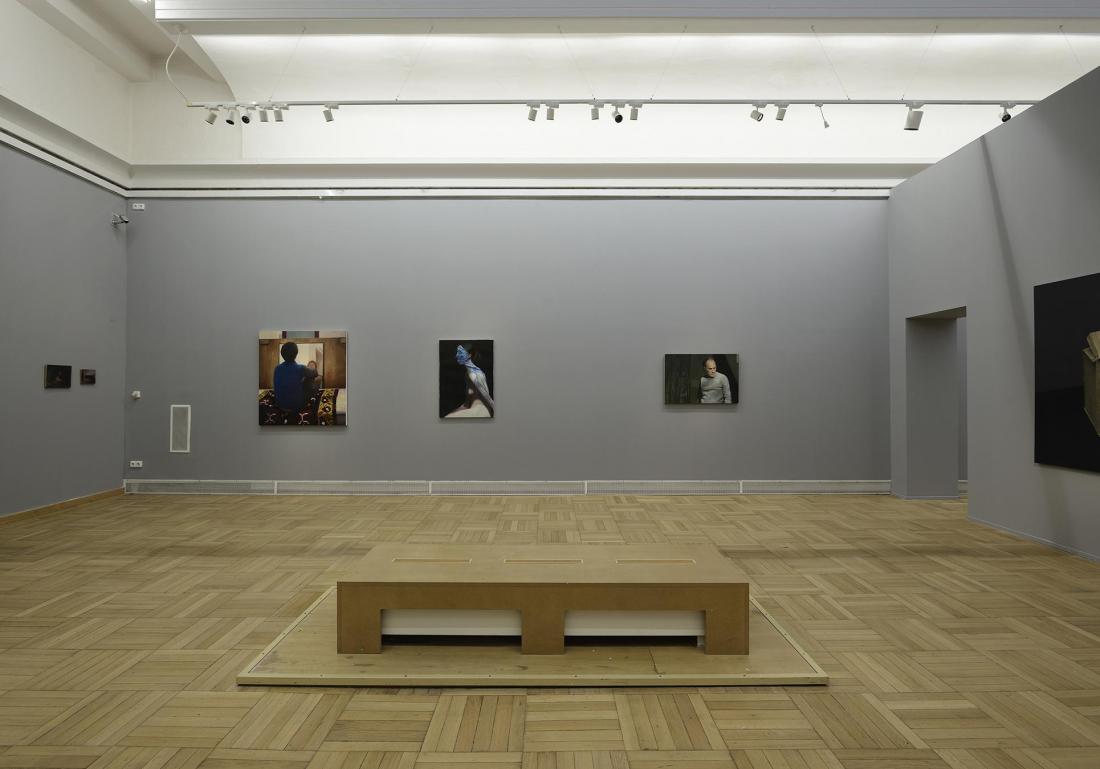 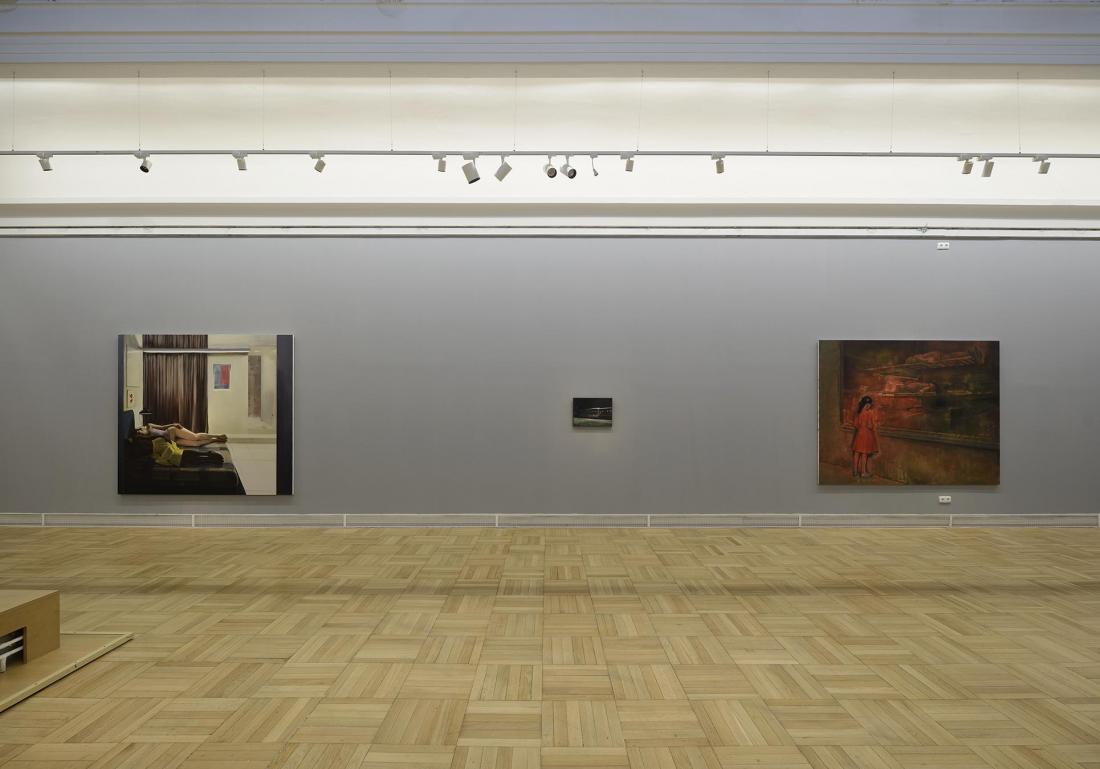 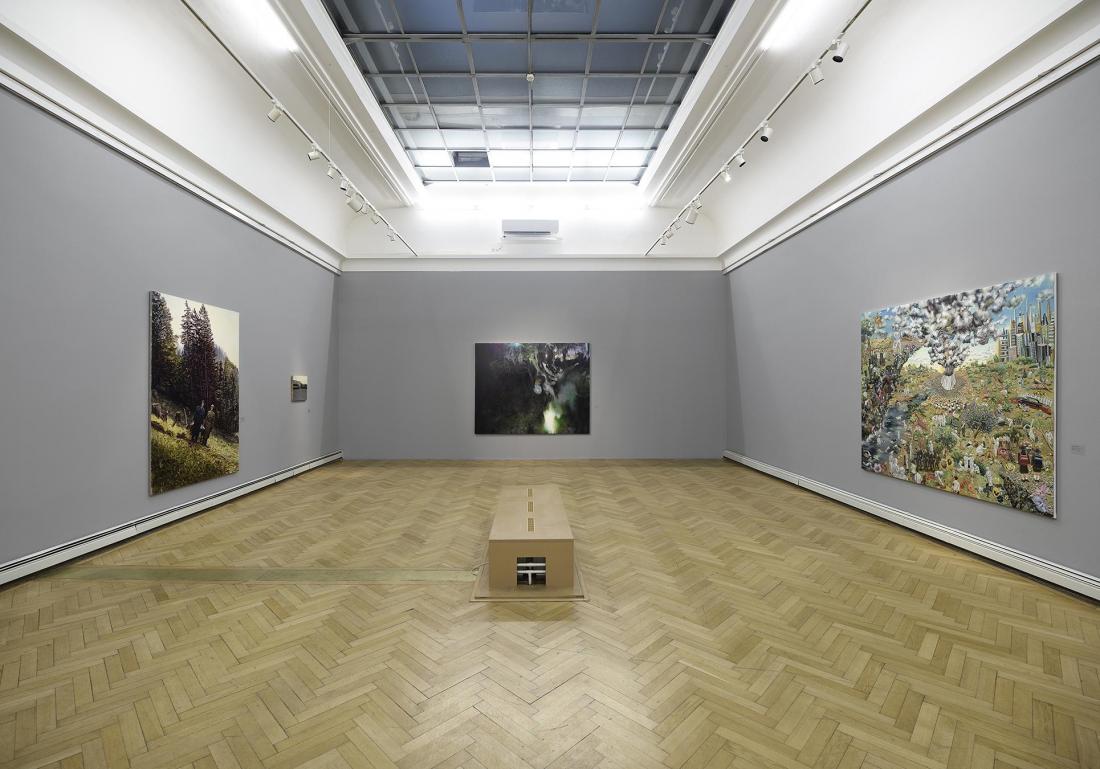 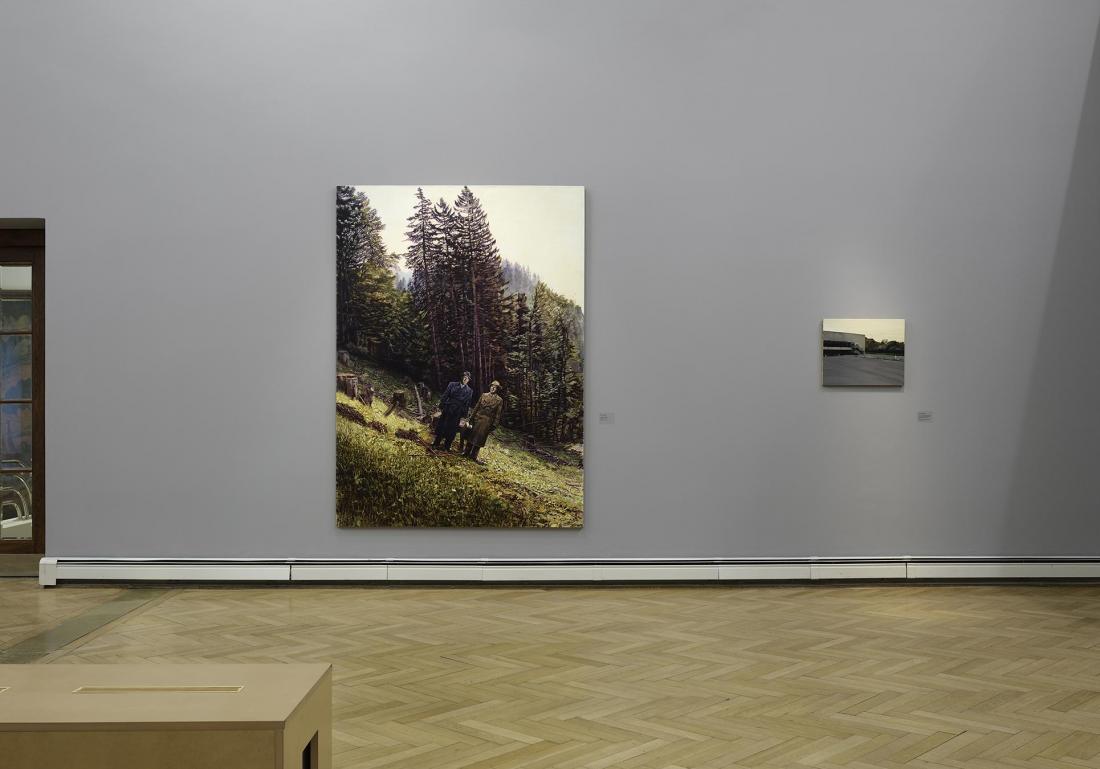 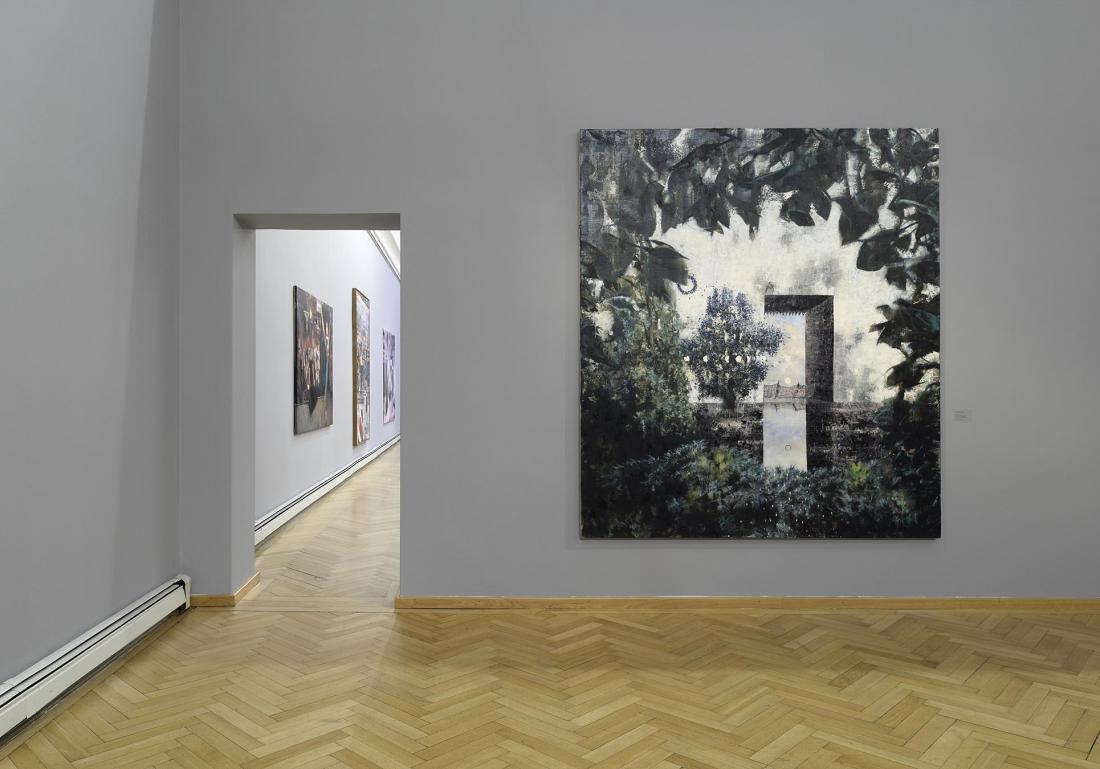 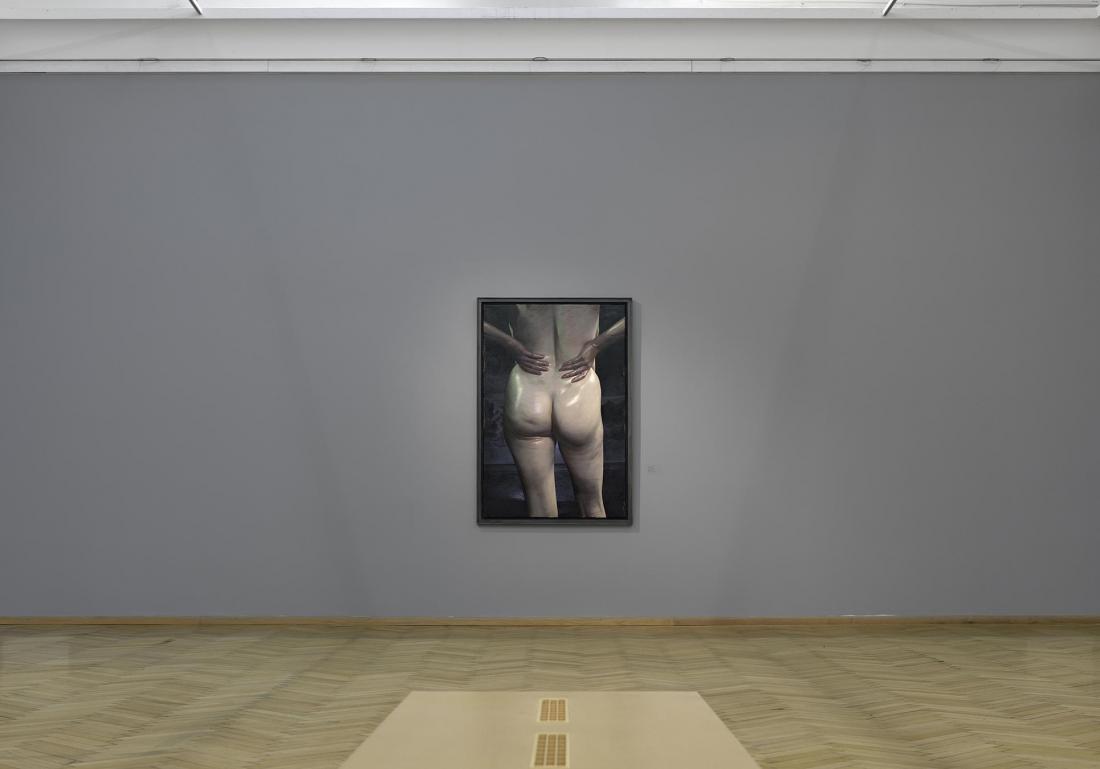 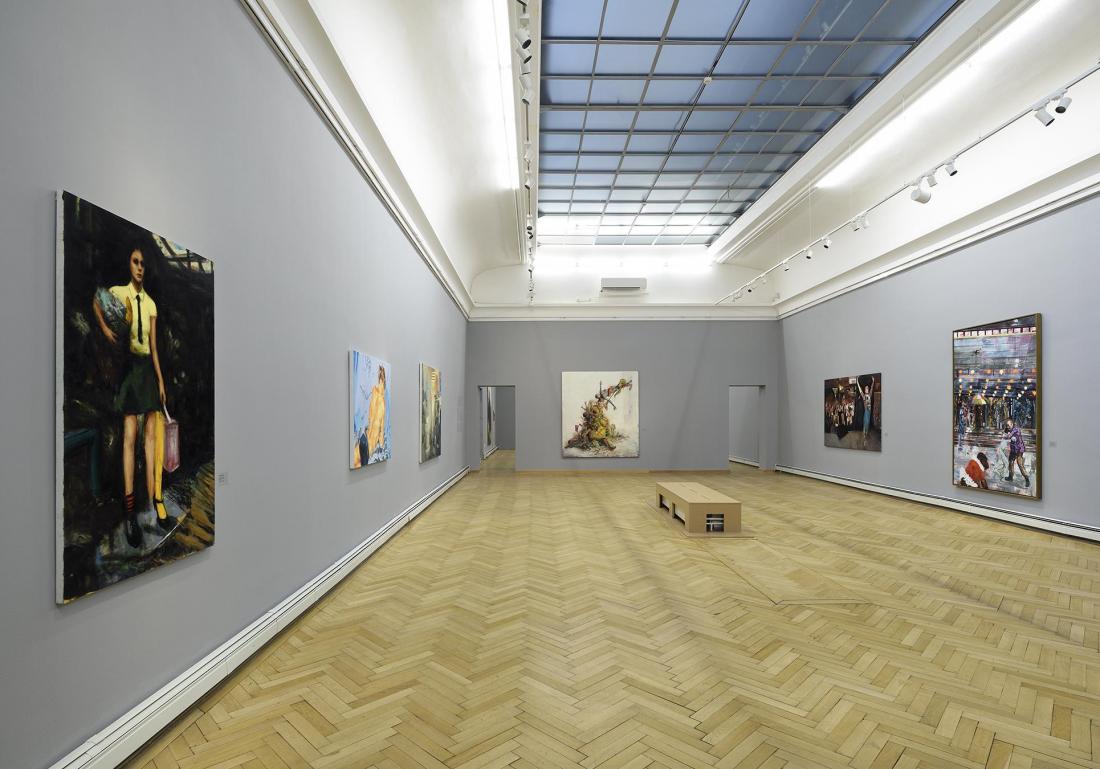 Making Windows Where There Were Once Walls is the first public exhibition focused solely on the international part of Robert Runtak's collection. Curated by Jane Neal, the exhibition endeavours to present common themes which occur within the body of work that Runtak has been inspired to collect. Notwithstanding this, the show seeks to highlight two very particular threads which weave together throughout the exhibition: an acute awareness of the individual amidst the changing nature of contemporary society, and a uniquely artistic understanding and appreciation of the power of the human spirit. It is these threads which hold the essence of the works in the collection and reveal the collector's own personal relationship to art and to its standing within society today.

We live in a time of great change and political upheaval throughout the world. The word 'wall' has come to take on great symbolism in recent months: we think of borders, of shutting out certain peoples or groups of people and we think of factions and pronounced divisions. It is then perhaps a good moment to reflect on how art might help us to find or make windows where there were once walls.

The title of the exhibition suggests an opening into an area that was once closed or even firmly walled up. There is a hint of something covert, perhaps voyeuristic or linked to surveillance - both of which are growing concerns in our contemporary age and pertinent to our time. Conversely, making windows into walls could be interpreted from an extremely positive perspective. It evokes the breakdown of taboos, an escape from the mundane through the extraordinary power of the artistic imagination, and thus the ability to confront the ills of the modern condition through the freedom of creativity.

We owe thanks to the French philosopher, Foucault for the title of the exhibition. Although intriguingly, no one has been able to confirm whether Foucault actually said the words: 'I'm no prophet. I'm just making windows where there were once walls.', it has been enough for people to think he did. It became attributed to him, an urban myth of sorts. Yet 'disruptive imagination' or 'myth making', creates culture and now perhaps more than ever before, we need it to inspire and to effect change.

Neal chose to group the exhibition into four sections. The first of these is: The Isolated Individual, the Loss of the Self and the Question of Being Human. What it means to be human and the fear that we might actually be at risk of sacrificing our humanity, are starting to become real concerns for us, rather than the stuff of science fiction. According to the writer and academic Martin Jacques: 'The very idea of what it means to be human - and the necessary conditions for human qualities to thrive - are being eroded.' As far back as 2004, Jacques was arguing that three trends were starting to change the nature of our society profoundly. The first was the rise of individualism, the second, the relentless spread of the market into every part of society and the third was the rise of communication technologies, notably mobile phones and the internet.

We know that our most intimate relationships are being corroded by a growing tendency to evaluate love and sex by the criteria of consumer society. But intimacy is not only in decline in the context of the changing nature of human relationships. We are also becoming less intimate with the human condition itself. What we might call 'cyber voyeurism' has started to dehumanise us.

Some might say that not being human is in danger of becoming our default setting as we increase our dependence on smart phones and cannot function properly without being 'plugged in'. A number of artists across Robert Runtak's collection are addressing a growing tendency towards the increased isolation of the individual in society and a noticeable decrease in empathy for the 'other'. This process of de-humanisation is addressed here in this section where we find the individual physically dislocated from society, or dehumanised as a faceless entity: 'one of the crowd'.

The second section of the exhibition is: The Secret Window, New Voyeurism and Escape into Other Worlds. This leads us into strange and secret worlds where the artist is often interchanging his role for that of the director. We wander from Lewis-Carroll-like visions where everything is extraordinary and unlike anything from 'normal' reality, to vistas that question the recreation of reality and the tension between remaking a scene and creating a new one - almost in the same way that a director might film a docudrama and manipulate tension between characters to create more interest. Throughout this part of the exhibition, we encounter worlds within worlds. We see the impact of voyeurism on artists working today, but also how the Internet and social media is changing how artists research and construct their paintings, enabling them to move across time and from artistic movements to modern phenomenon and pop culture. Surrealism, folk lore and fairy tales exist alongside the hyper real and cinematic visions, and cool modern interiors give way to nightmarish scenes that allude to the dark underbelly of our shared reality.

The third exhibition space has the title: The Uncanny in the Urban and Rural Landscape. Here, the artists are all exploring the fertile ground of the uncanny in an urban or rural context. Throughout this part of the exhibition, we move from the midst of Arcadian landscapes which feel simultaneously ancient and futuristic, to a no-man's land which plays with the Freudian notion of the double. We find figures who challenge received notions of normality and confront our embedded fears of otherness and difference. This section also considers how objects can play into our experience of the uncanny and how the recreation of a once familiar scene can cut through our linear reading of time, transporting us back, like ghosts, to a time embedded in our childhood.

The fourth and final space in the exhibition is: The Staged Spectacle, Still Life and the Circus of History. A kaleidoscope of strange spectacles and unnerving contexts awaits the viewer in this final part of the show. We move from theatrical extravaganzas inspired by performance that also evokes the underground excitement of 1920's Berlin cabarets, to tongue in cheek observations of the culture of politics that engage with current news and historical references. As we progress through the section we find works inspired by the endless theatre of human existence, the carnivalesque, the grotesque and man's inexhaustible desire for purpose.

The works selected for this part of the exhibition walk a fine line between high art and low culture. In choosing pieces which could make for controversy or even provoke strong reactions, Runtak is being brave but he is also making an important gesture which could have significant ramifications for the Czech public and for Czech art. The implicit taboos of fine art perpetuate a hierarchical structure which several artists in this show choose to question and deconstruct. In the same way, a virtue has been made of subjects that are usually hidden because they are deemed unattractive or even ugly by our body conscious media. In contrast to visions of abject corporeality we can also find works evocative of strangely religious, hushed atmospheres. Suggestive of a church-like space, we are left feeling as though we are witnessing the re-playing of endless cycles as we take a cross-section through the circle of life.

What can we say about the growing international part of Robert Runtak's collection and what this exhibition might mean for young Czech artists and for those who are not artists, but who choose to come and visit this exhibition? We can see from the works displayed that the power of the human spirit as evinced by artistic expression takes many disparate forms. However we can also see that each work in this exhibition is in some way part of the collective 'disruptive imagination' and find Runtak's own disruptive imagination at work as he is inspired to take on the patronage of these artists. Windows serve as openings to the outside world, but they also let in light and expose things that are hidden by the dark. They are not portals into the future but the visions they open up onto, can allow us to dream and to dare to face more walls than we might otherwise have thought impossible to break through. Something that is increasingly important for us in our strange new world and surely vital that we remember.