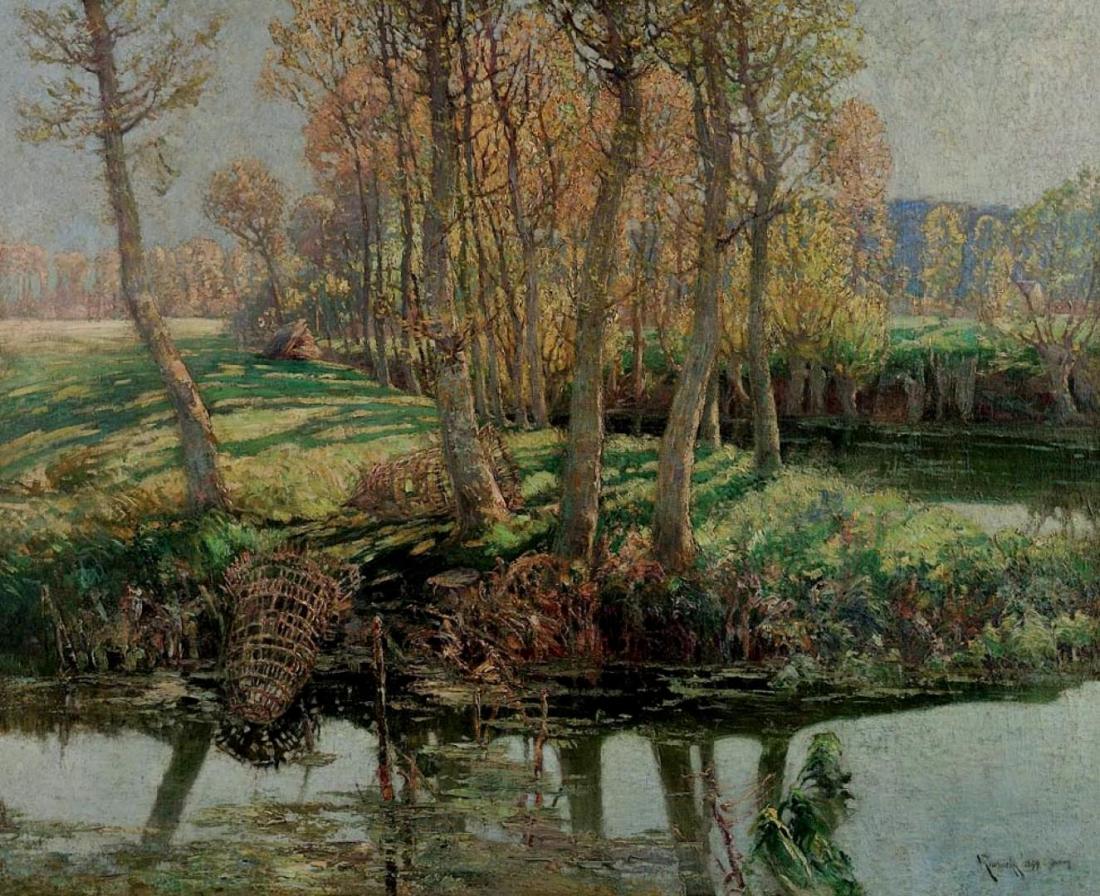 His monumental Morning on the River Epte, which had most likely been already shown at an exhibition in 1900 at the Mietke Gallery, was bought in Vienna by a Czech collector. It is likely that the picture was shown at Radimský’s comprehensive exhibition in 1901 at the Prague Rudolfinum, since the journal Zlatá Praha printed a reproduction of it the same year. The large-scale canvas is a splendid example of Impressionist painting, in which the sense impression becomes the subject matter of the work. The sun draws sharp shadows and the tree trunks are reflected in the calm surface of the stream, which draws into itself the thousands of shades of spring greenery. The impressionist principle that consists of the endeavour to capture the fleeting impression of the moment, is here filled with the painter’s bravura rendition of natural details, which complete the atmosphere of the spring morning.

From 1889 to1892 Radimský studied at the academies of Prague and Munich and under professor Eduard Lichtenfels in Vienna. From the 1890s to World War I he lived in France. He painted at Barbizon and particularly in Claude Monet’s studio at Giverny. Monet’s later works made a mark on his distinctive transformation to an impressionist vision that many students of Mařák’s school underwent. Radimský was the first of them to become acqua- inted with Impressionism in its authentic form and environment, and, moreover from such a master of colour impressions as Monet. In 1892 he exhibited at the Paris Salon, and three years later he was awarded the gold medal at Rouen and five years later at the Exposition Universelle in Paris. He exhibited in Vienna, Berlin, Düsseldorf and Leipzig. He sent paintings to the Czech lands and exhibited them frequently in various representative collections in Prague, Plzeň, Hradec Králové and twice in the House of Art in Ostrava.