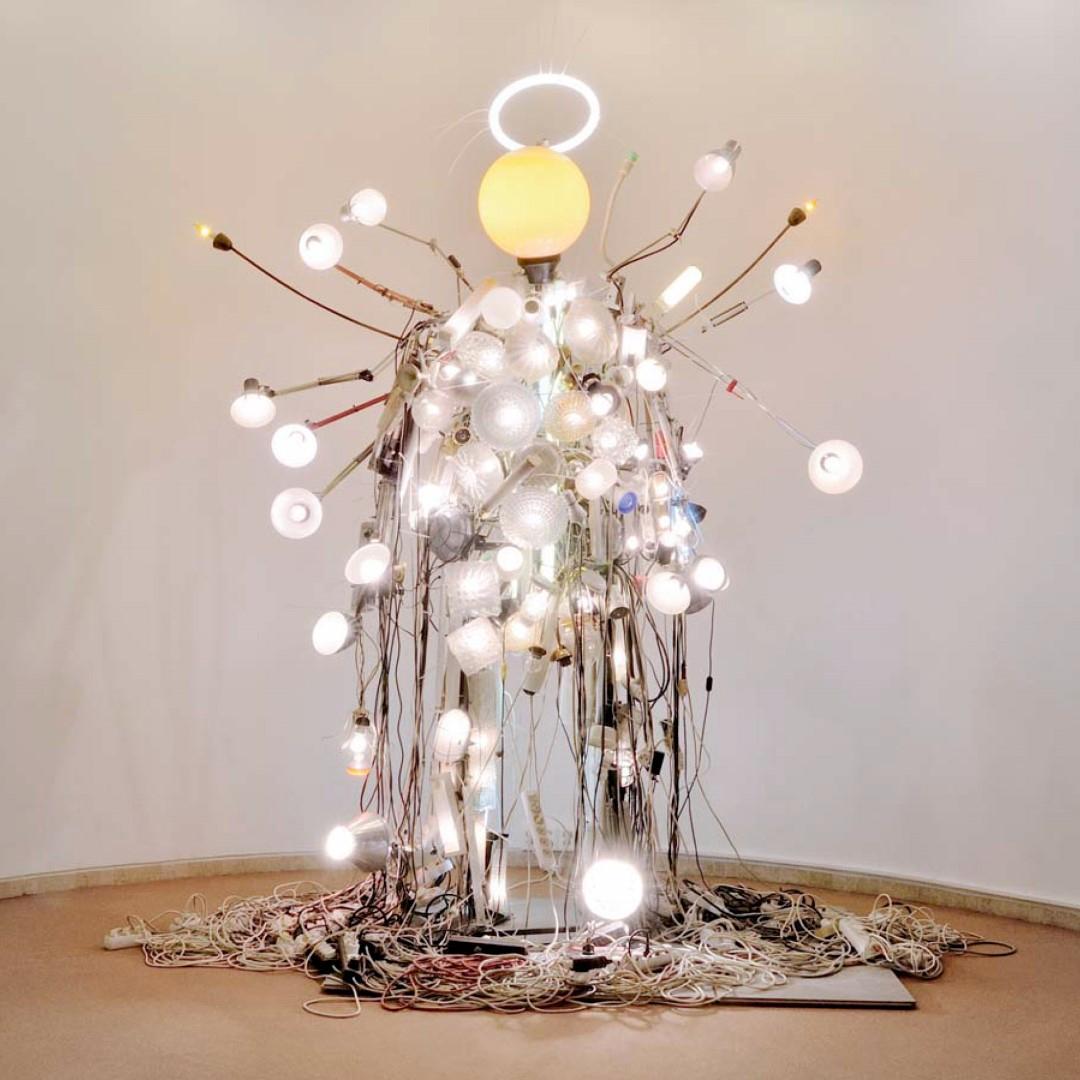 In the light sculpture My Light is Your Life — Shiva Samurai, he ironically treats the sacral and central role played by energy and light. This supernatural hero in the tradition of Arcimboldo was the outcome of his long-term fascination with electrical energy.

It consists of 250 table lamps shielded by translucent globes and neon tubes. This being of light whose notional head is decorated with a halo, has been given the form of an electric saint of our times. He is composed entirely of lights pointed at the viewers, partly dazzling them and giving out heat. Kintera raises the issue of sustainability and the use of energy from a long-term perspective — an existential issue that is growing increasingly important.

Krištof Kintera studied at the Prague Academy of Fine Arts in the studio of Milan Knížák (1992−1999) and also at the Rijksakademie van Beeldende Kunsten in Amsterdam (2003−2004). He made study trips on scholarships to the UK, Germany and Switzerland. While still a student he founded the group Skrytá tvůrčí jednotka whose activities ranged from performance art to theatre. He was nominated three times for the Jindřich Chalupecký Prize. He has held many exhibitions at home and abroad, which have attracted widespread interest. A mobile element is characteristic of his objects. Viewers are confronted with a rattling drill boring into a vacuum cleaner, a swivel chair with enormous wings, a talking raven or the figure of a child banging its head against a wall. His works move, light up, give out noises and disturb, thereby arousing doubts about ourselves. Kintera enjoys analysing the world around him and asks questions that emerge from everyday experience an react to contemporary social problems.