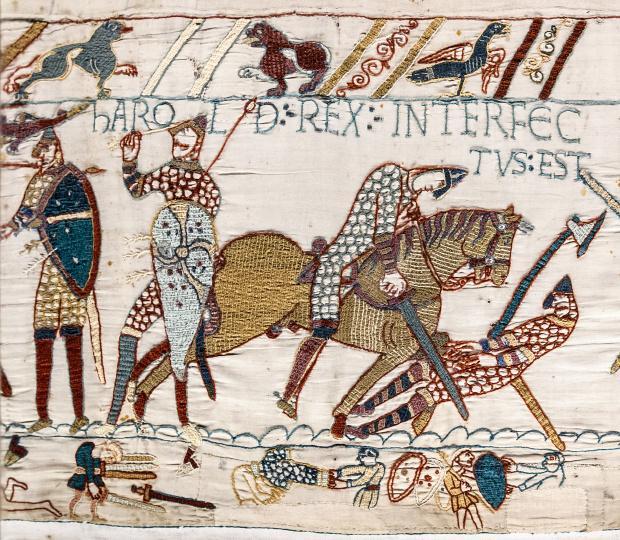 The Bayeux Tapestry is one of the best-known and most important works of art from the 11th century. In fact it is not a tapestry in the sense of a woven carpet to be displayed on a wall; it is an embroidered strip around 50 centimetres wide and almost 65 metres long, which depicts the key historical events in the Norman invasion of England, culminating in the Battle of Hastings. The tapestry is also a unique visual document of the era in which it was created. It shows us the life of a medieval society, full of mysterious gestures and symbols – some of which remain just as mysterious as the tapestry itself. This lecture presents the story of the Norman conquest of England under William the Conqueror, as well as tracing the history of the tapestry itself – which in 2007 was inscribed on UNESCO’s Memory of the World Register. The lecture also presents some new findings which throw a completely new light on this unique work.