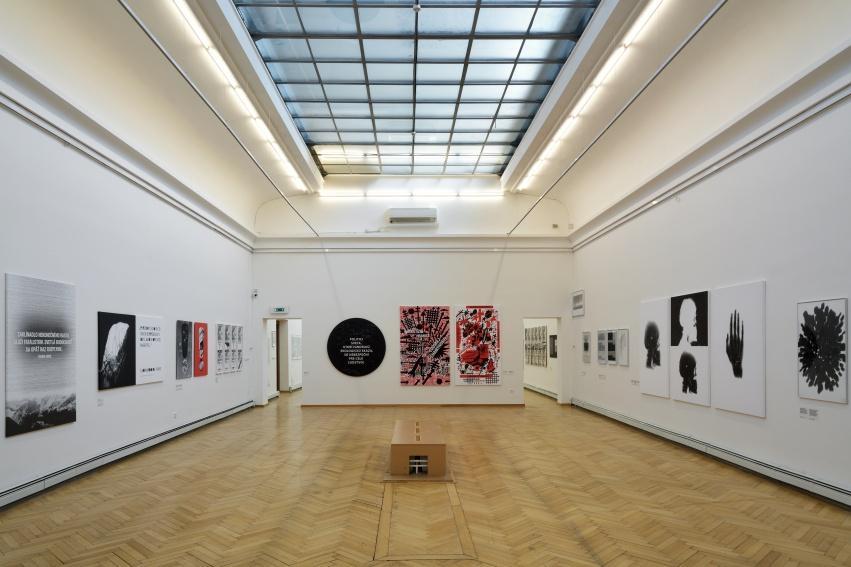 Rudolf Sikora’s latest exhibition – The End of the World? (An eco-comic) – is conceived as an urgent appeal to everybody who cares about the future of our civilization and our planet – which the world’s leading scientific figures now consider to be under acute threat of ecological collapse, and indeed very close to self-destruction. Sikora has been concerned with environmental issues since the beginning of his career in the late 1960s and early 70s. By that time, he was already one of the leading names in Czechoslovakia’s art scene, and it was only the intervention of political events (the Warsaw Pact invasion of Czechoslovakia in August 1968, which crushed the country’s burgeoning liberalization known as the Prague Spring) that prevented him from pursuing his career on a broader international stage. Instead he became part of Czechoslovakia’s unofficial art scene; unwilling to bow to the regime’s demands for cultural and political conformity, he was banned from exhibiting, travelling and publishing. Despite the repressive regime, Sikora nevertheless retained his internal artistic freedom, and he focused his efforts on producing work that expressed its message with the greatest possible authenticity. He played a fundamental role in creating a new visual syntax reflecting various stages in the “de-materialization” of an artwork. He often expressed himself in very compact forms, yet without compromising the forthright and comprehensible nature of his work.

Guided Tour with the author and the curator.