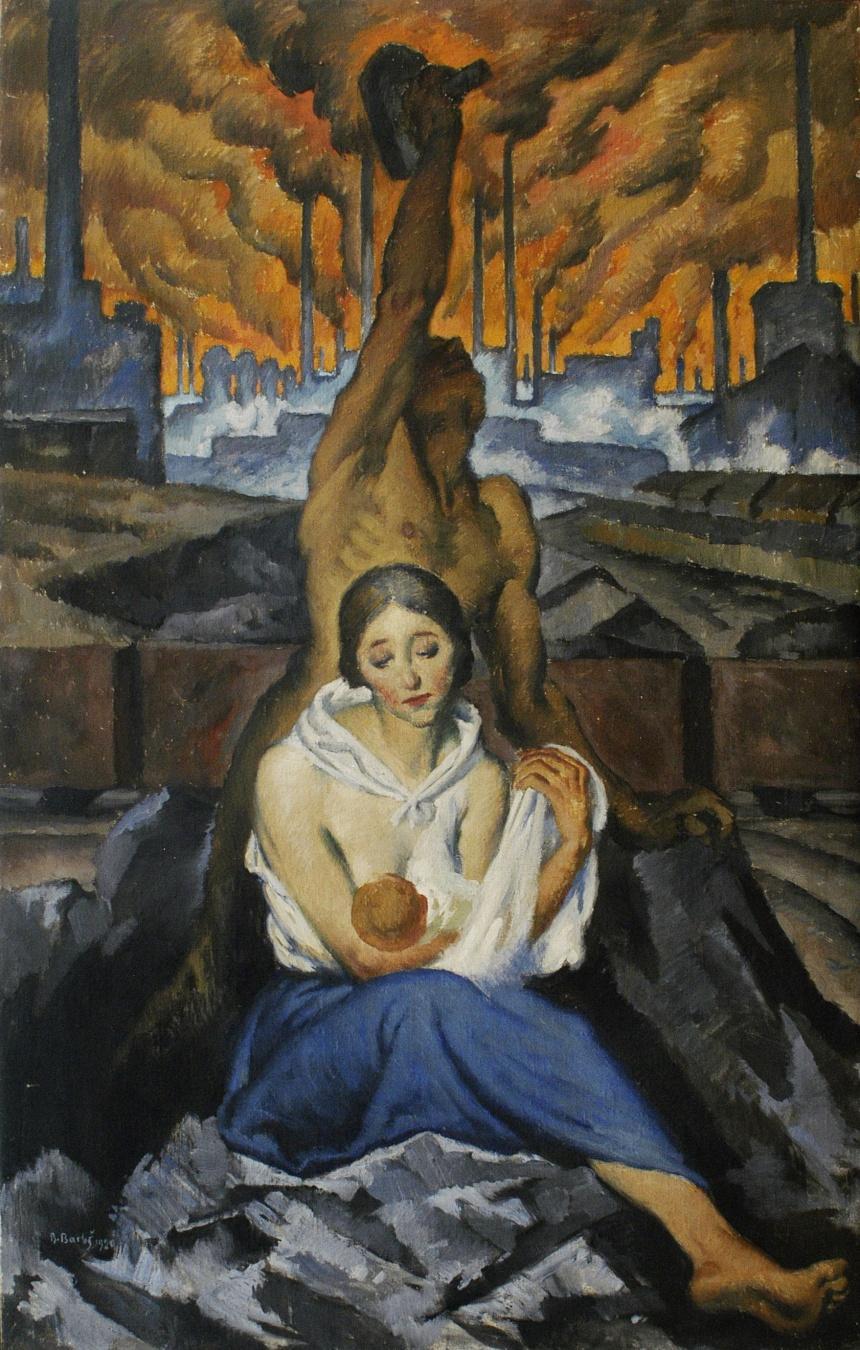 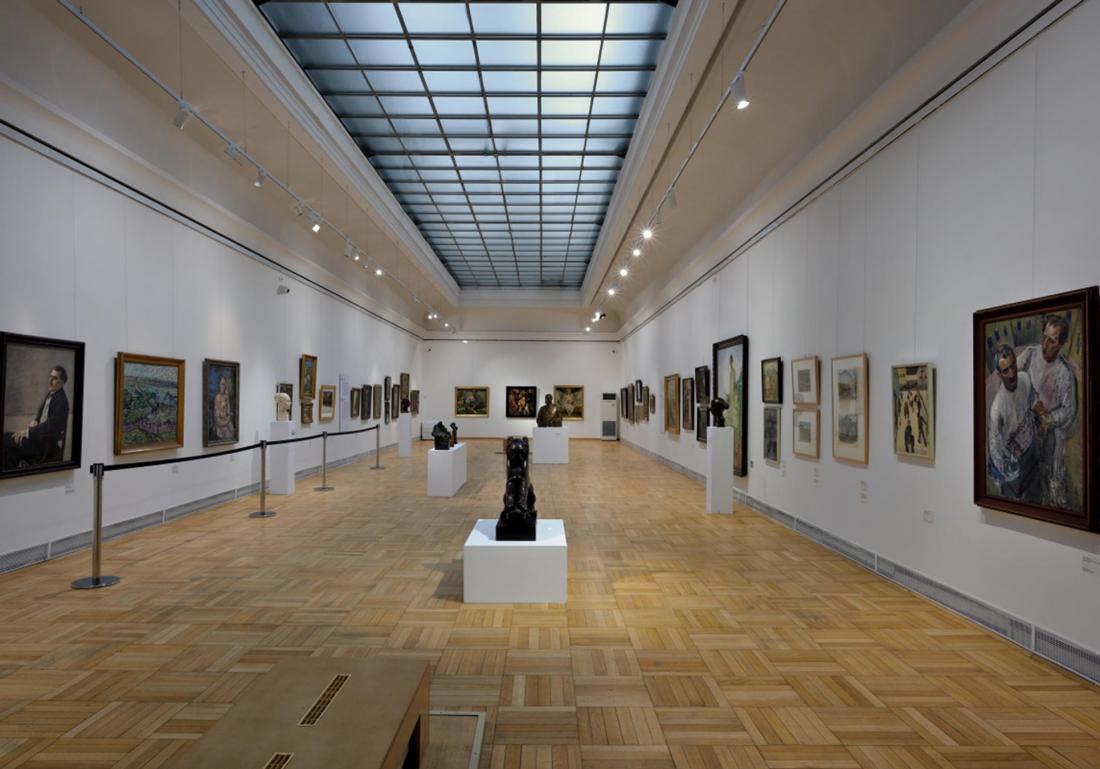 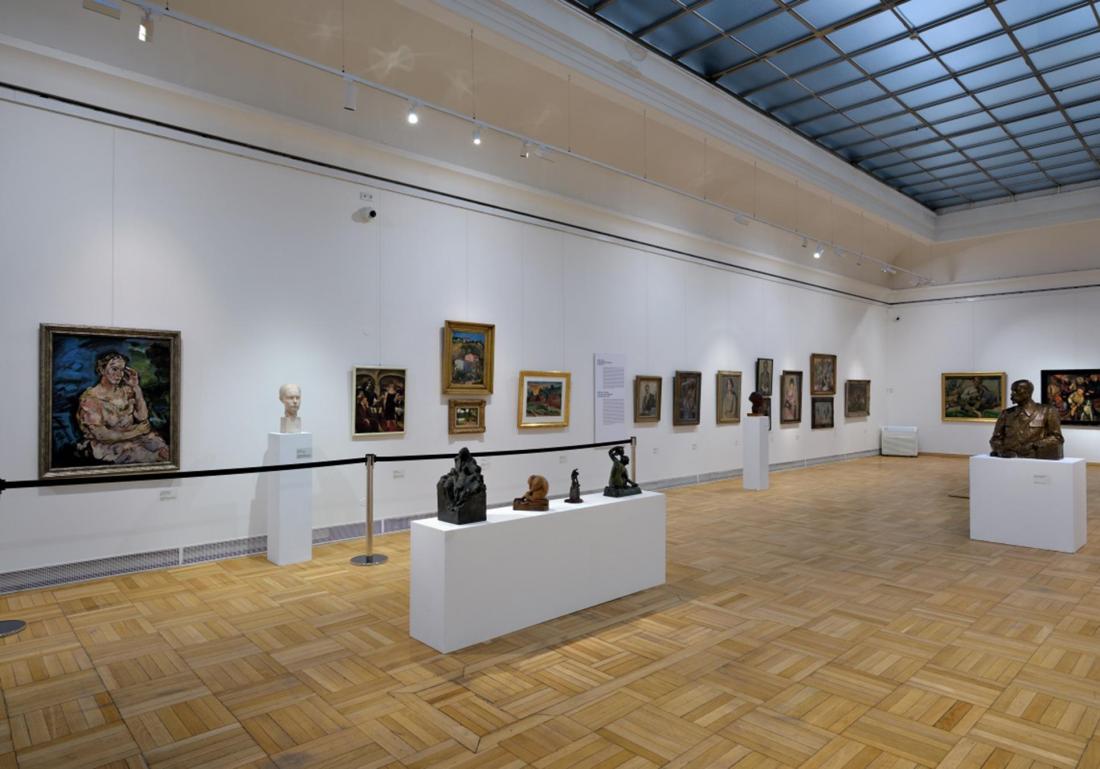 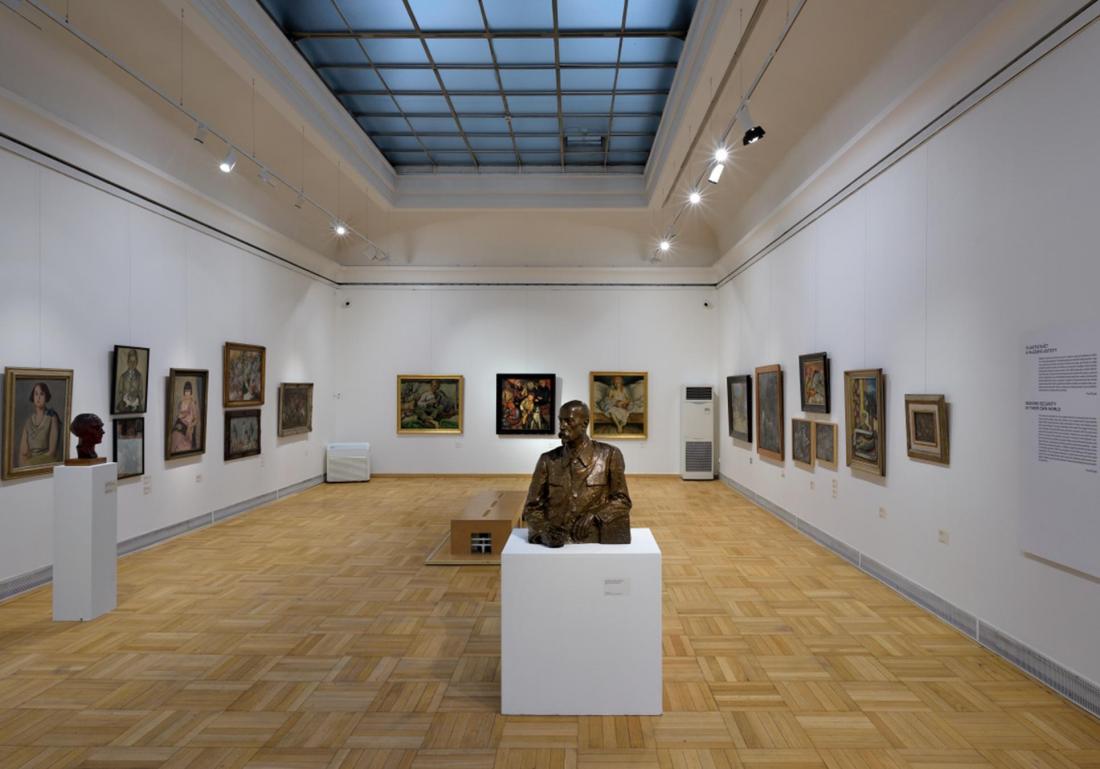 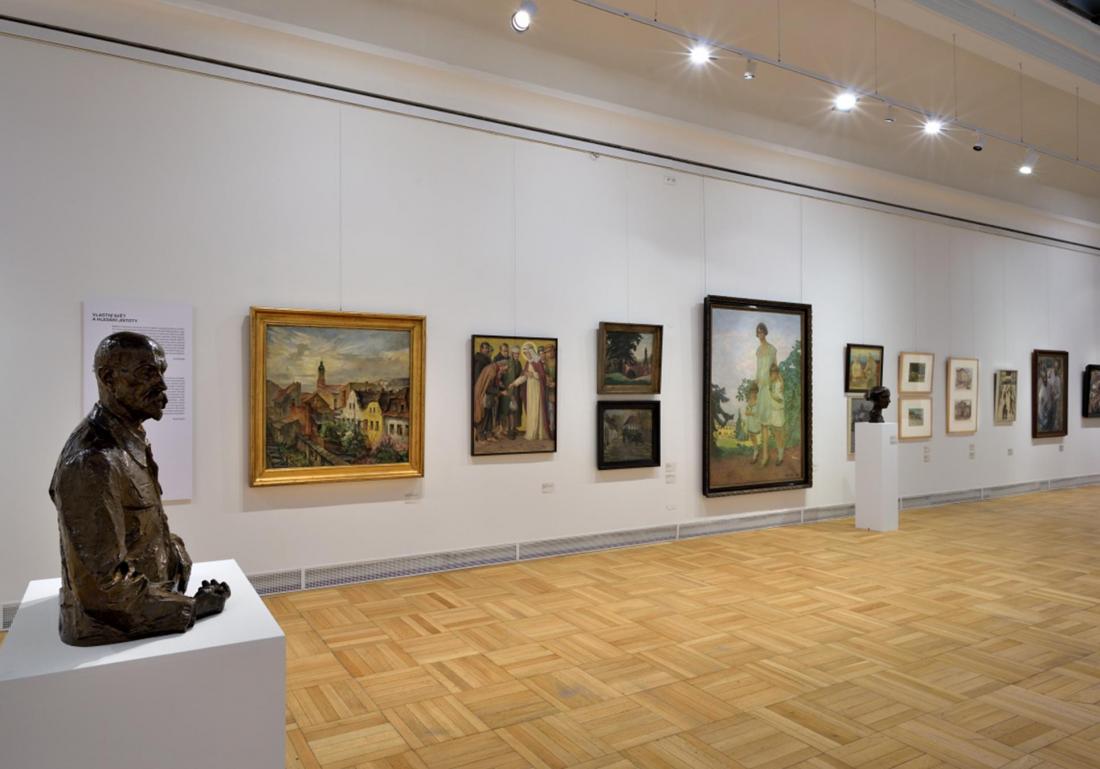 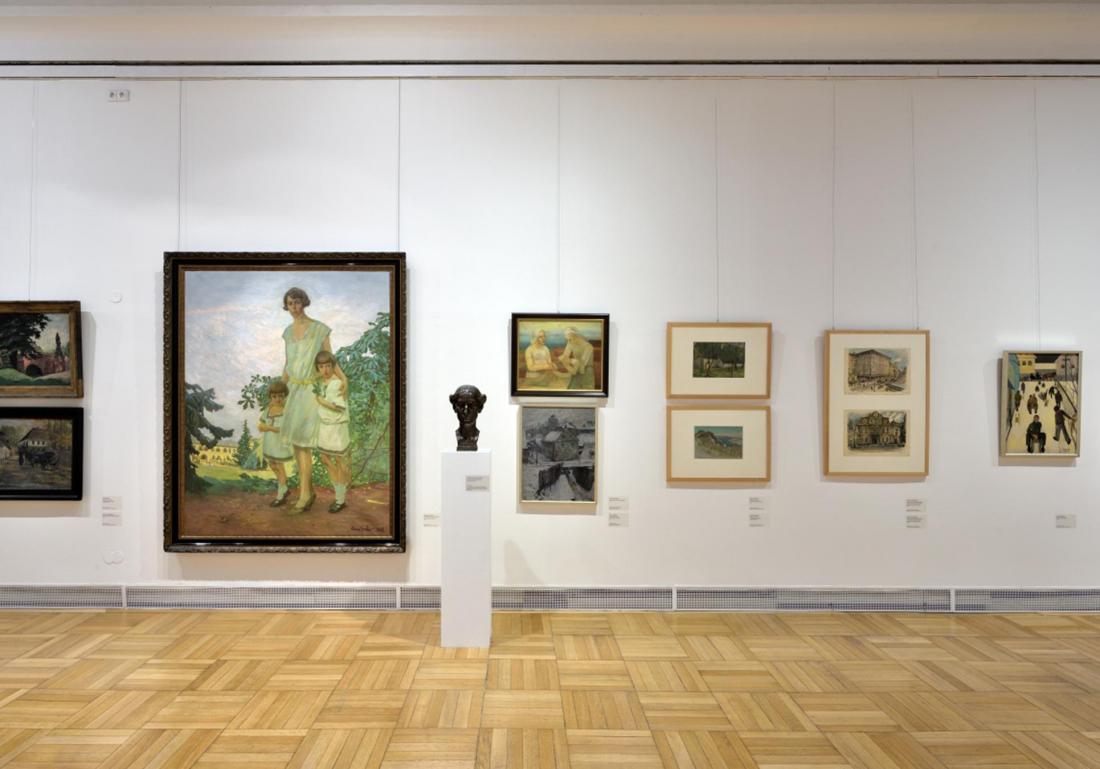 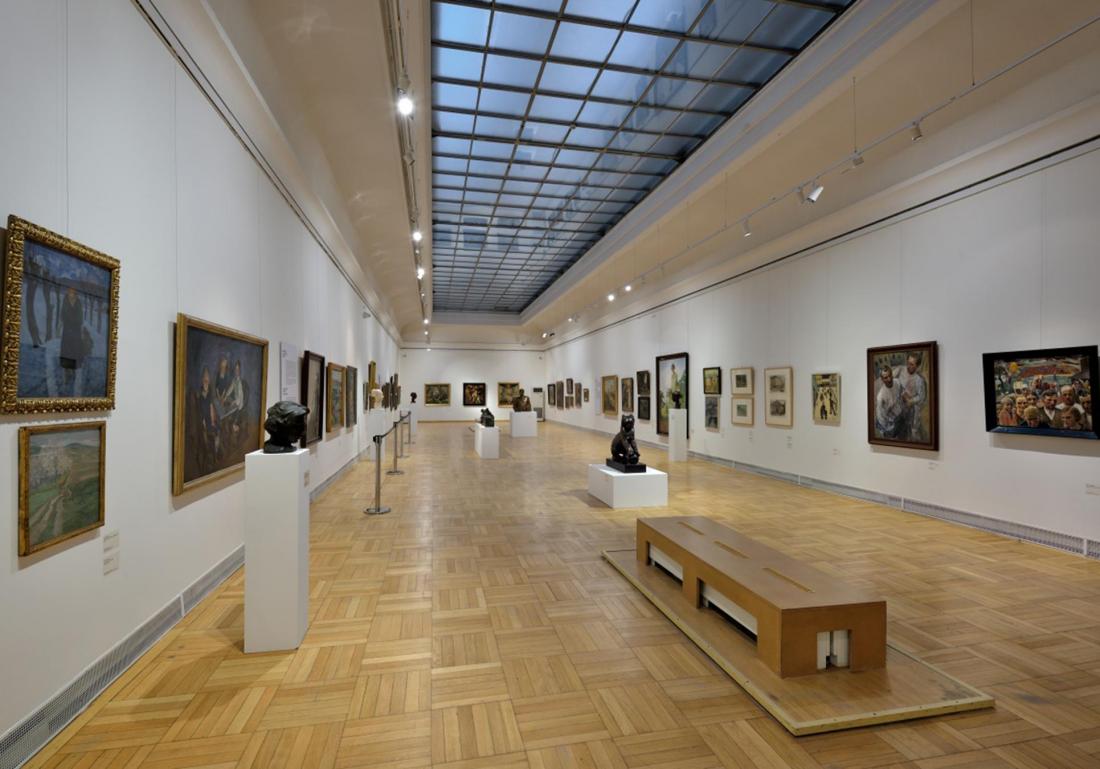 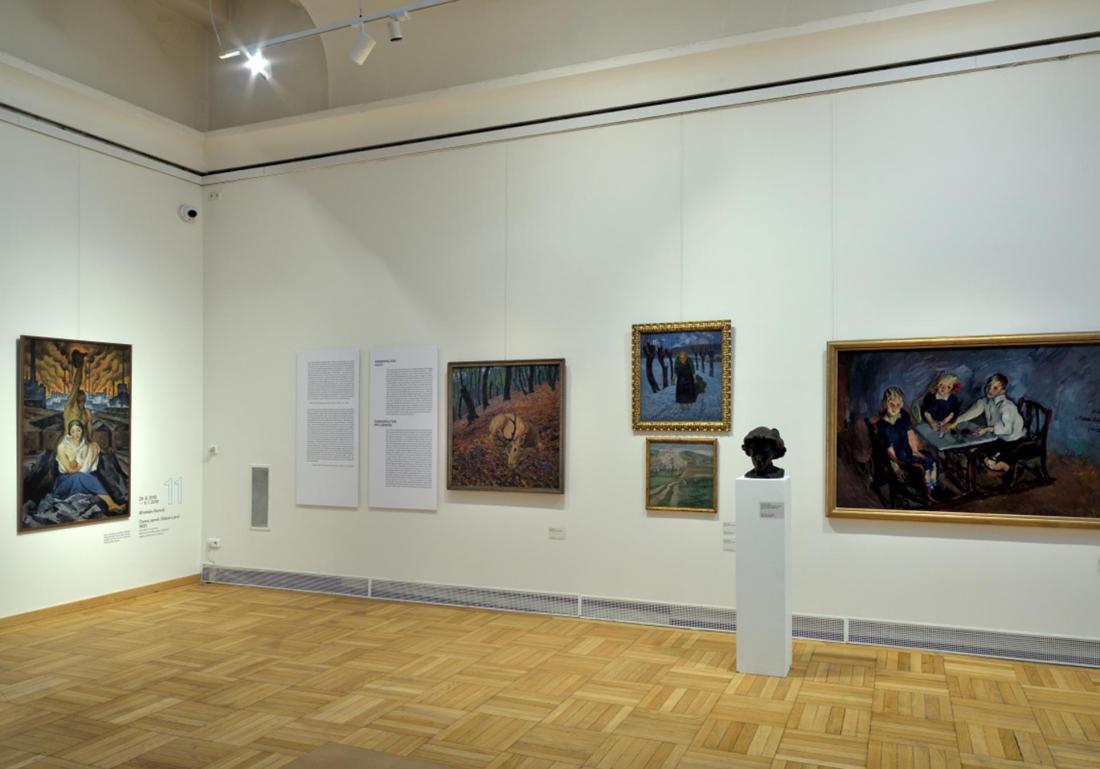 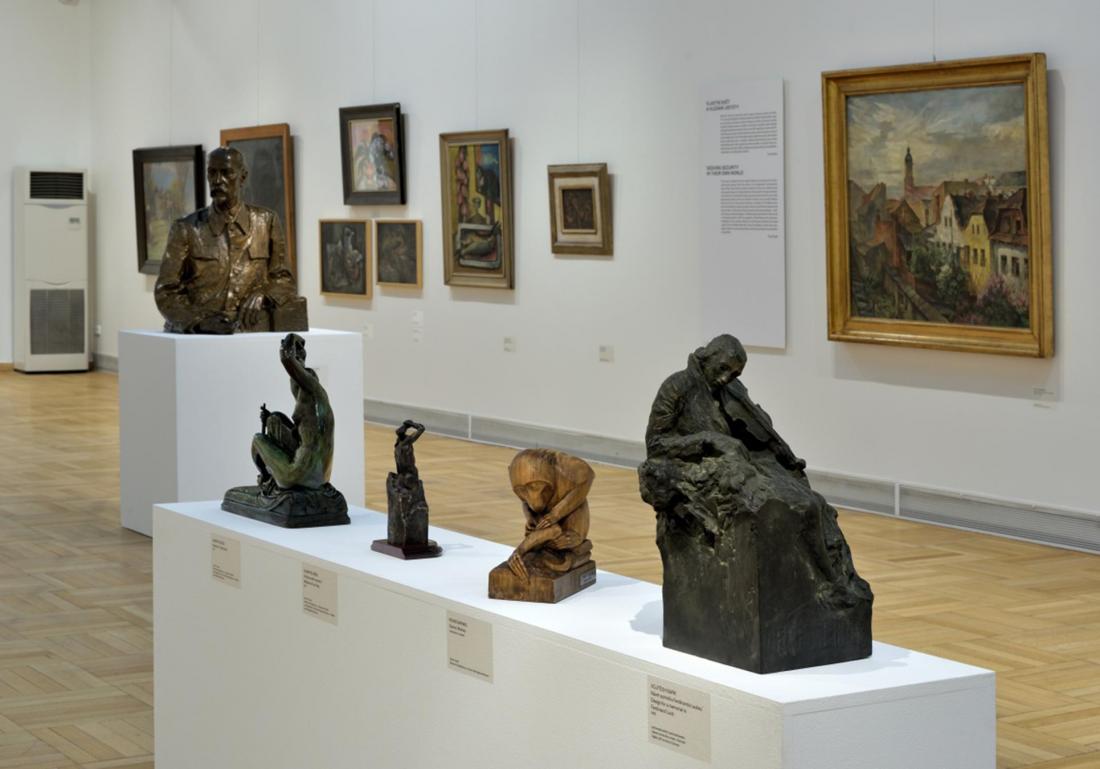 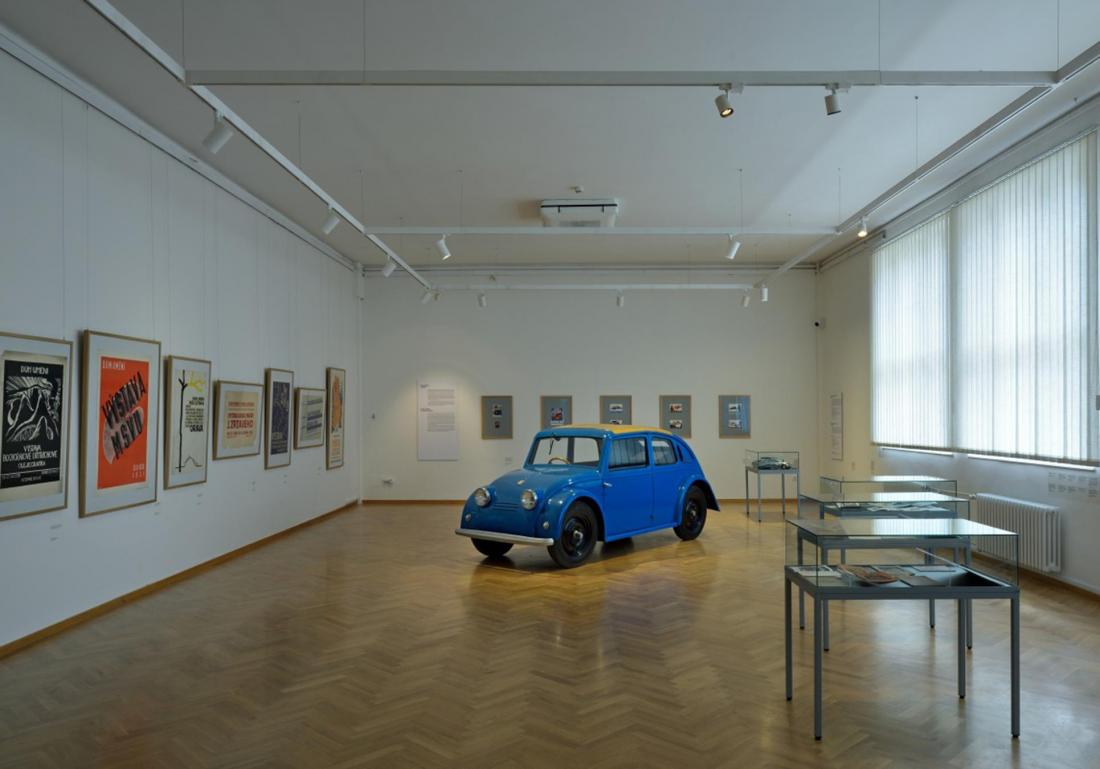 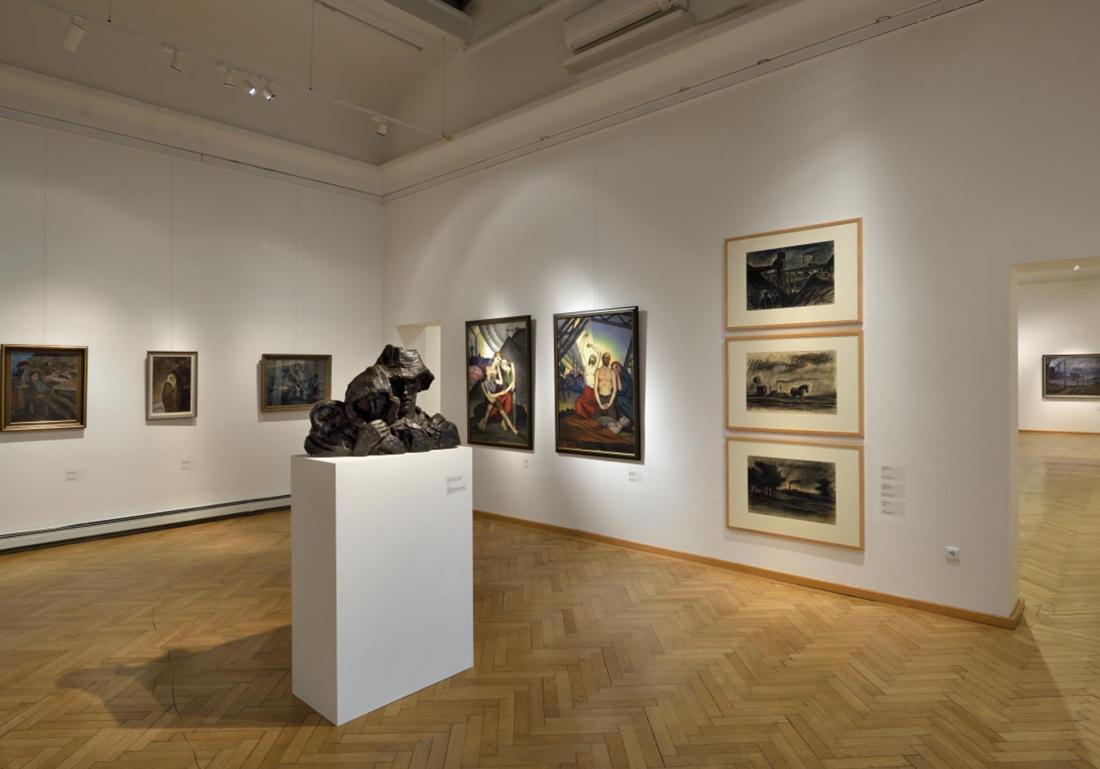 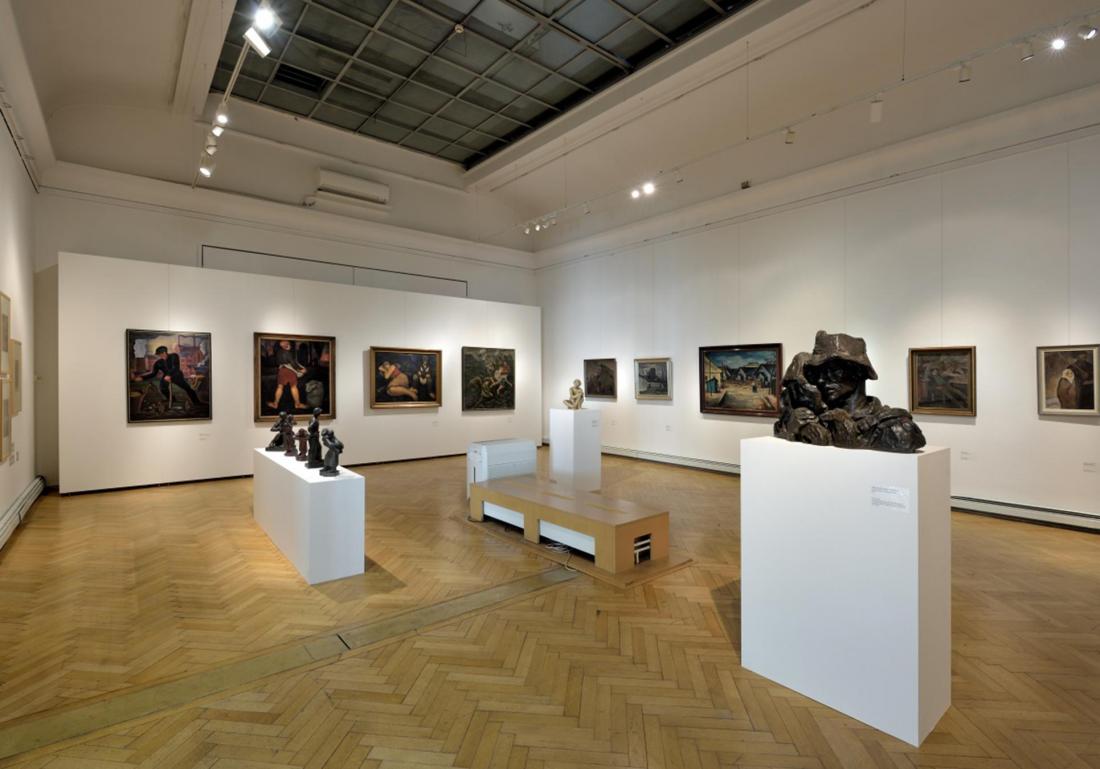 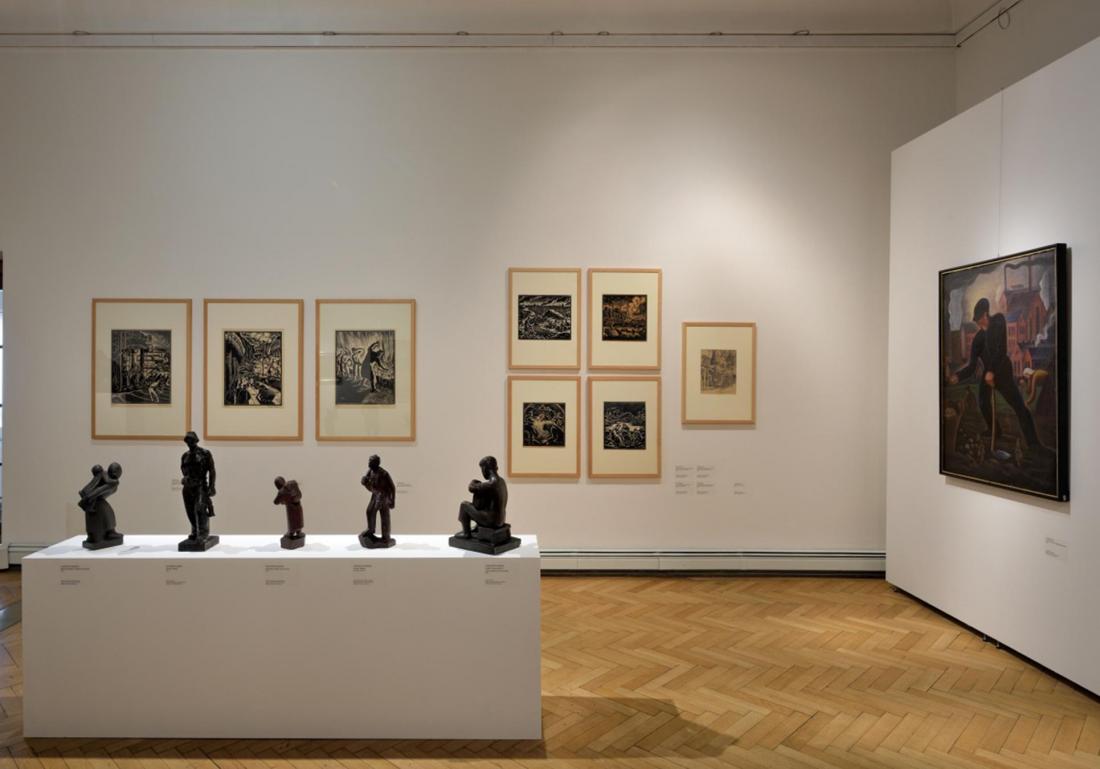 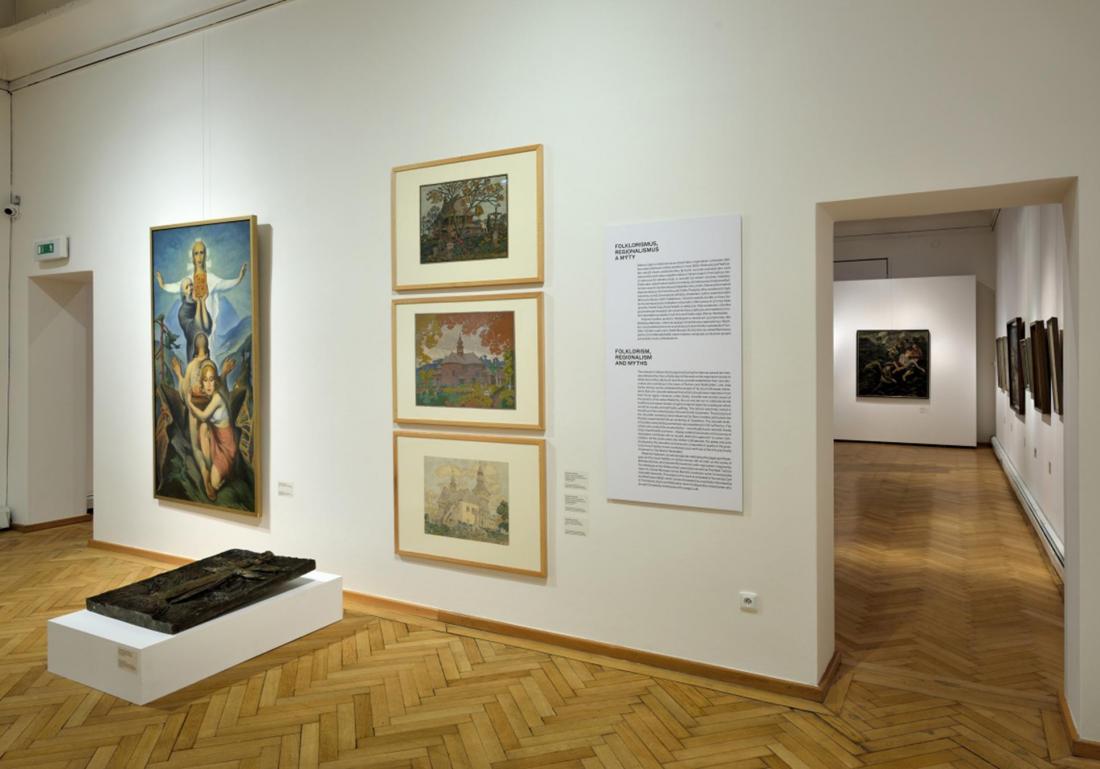 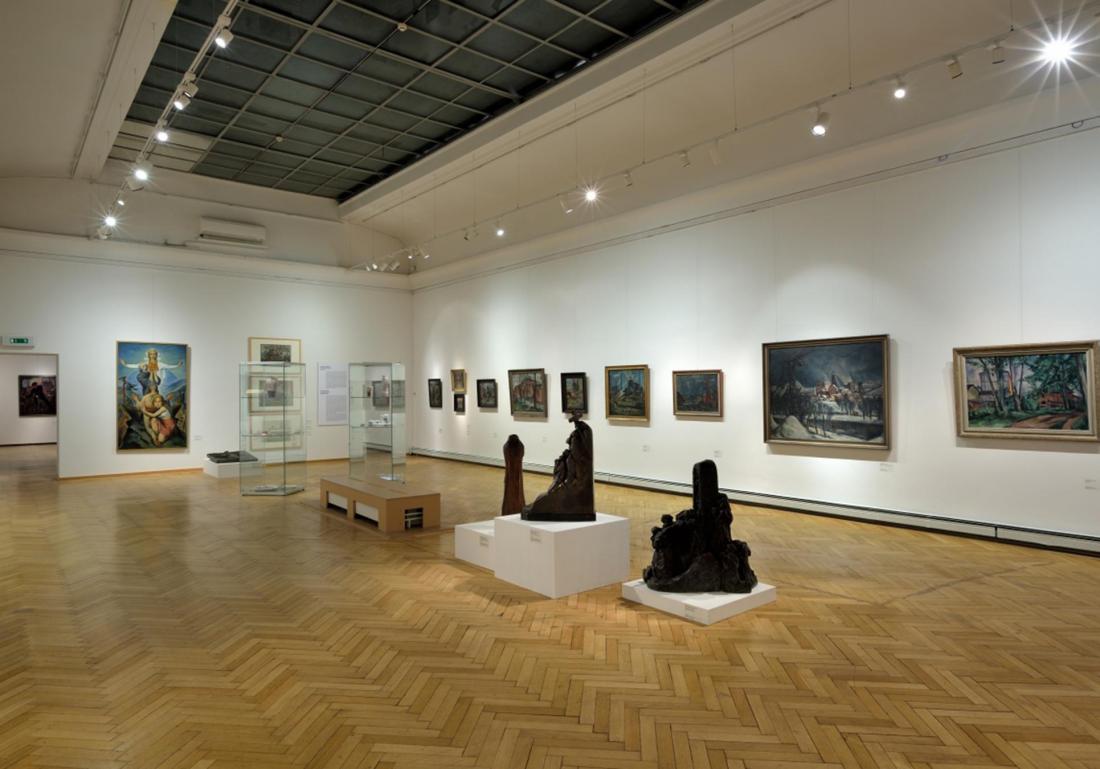 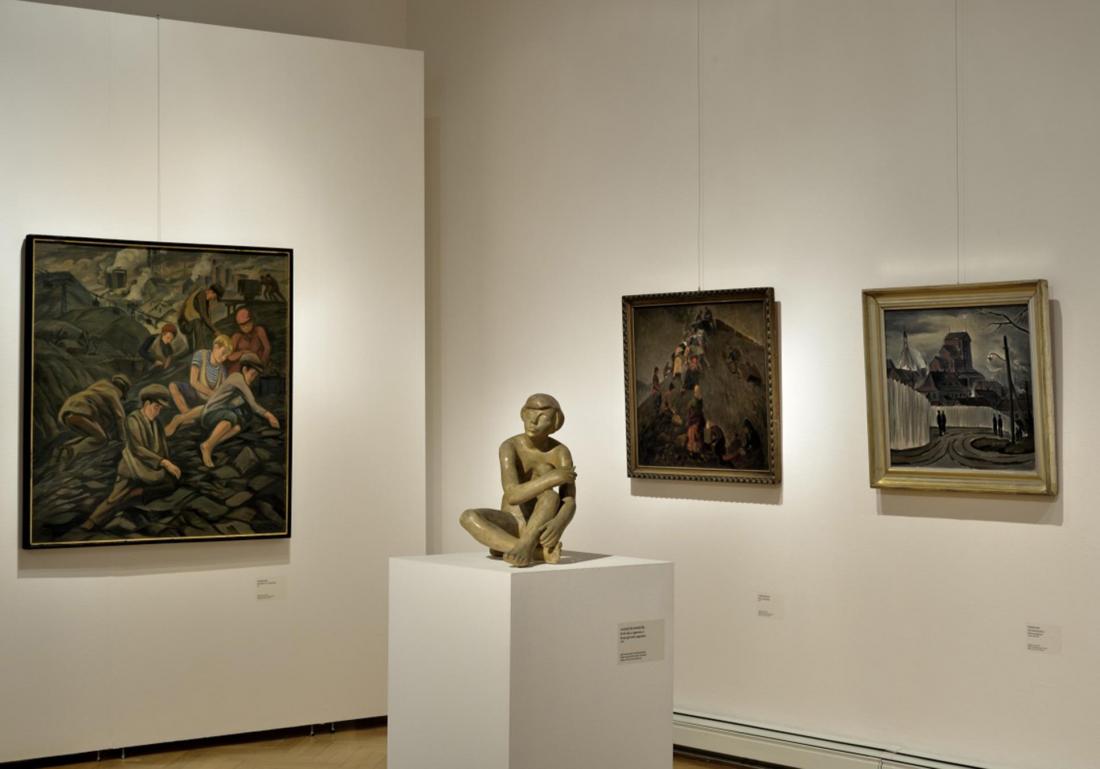 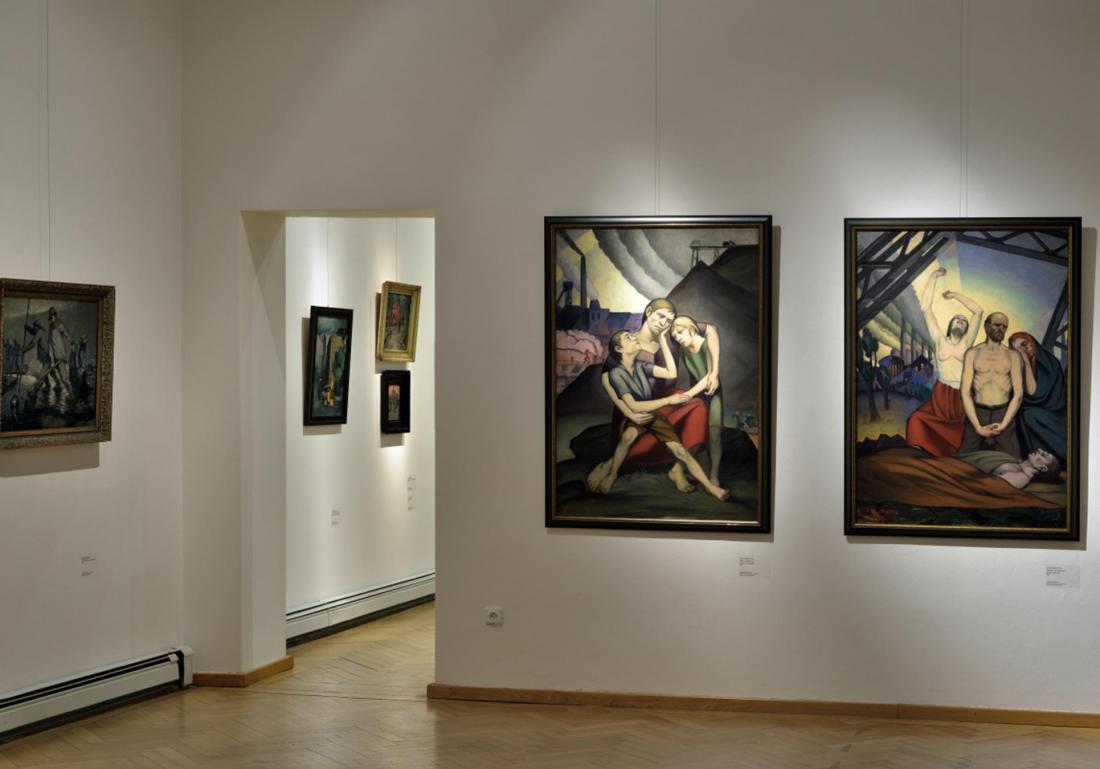 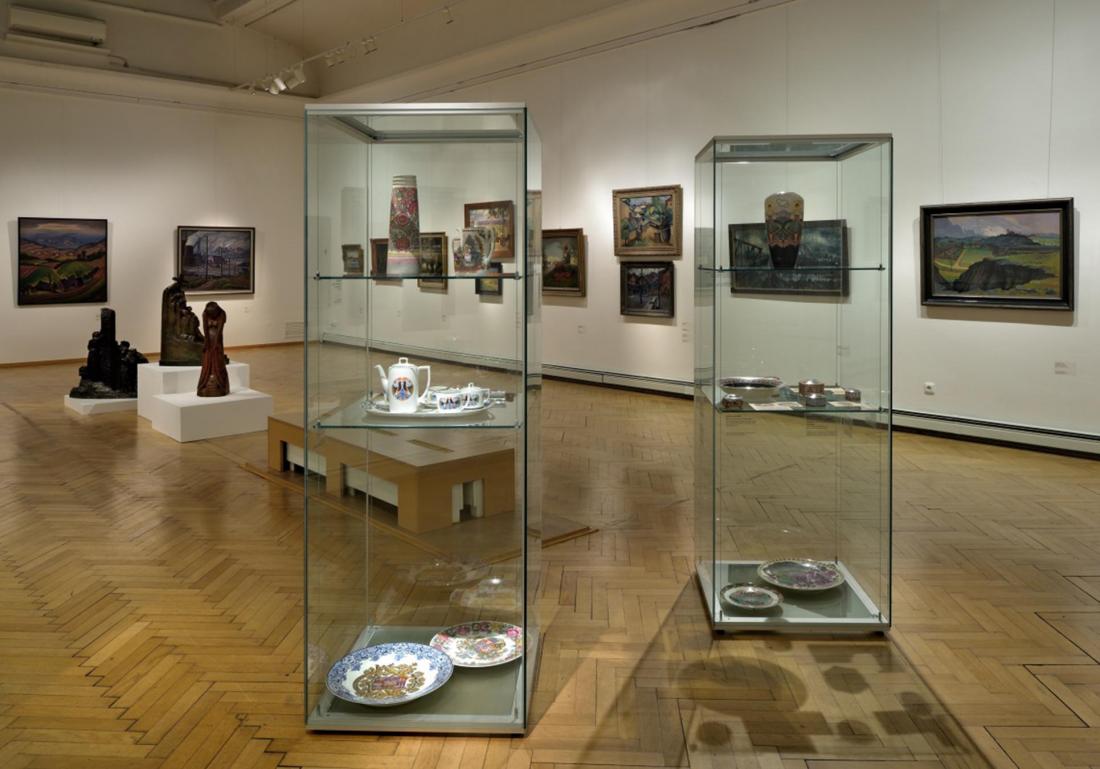 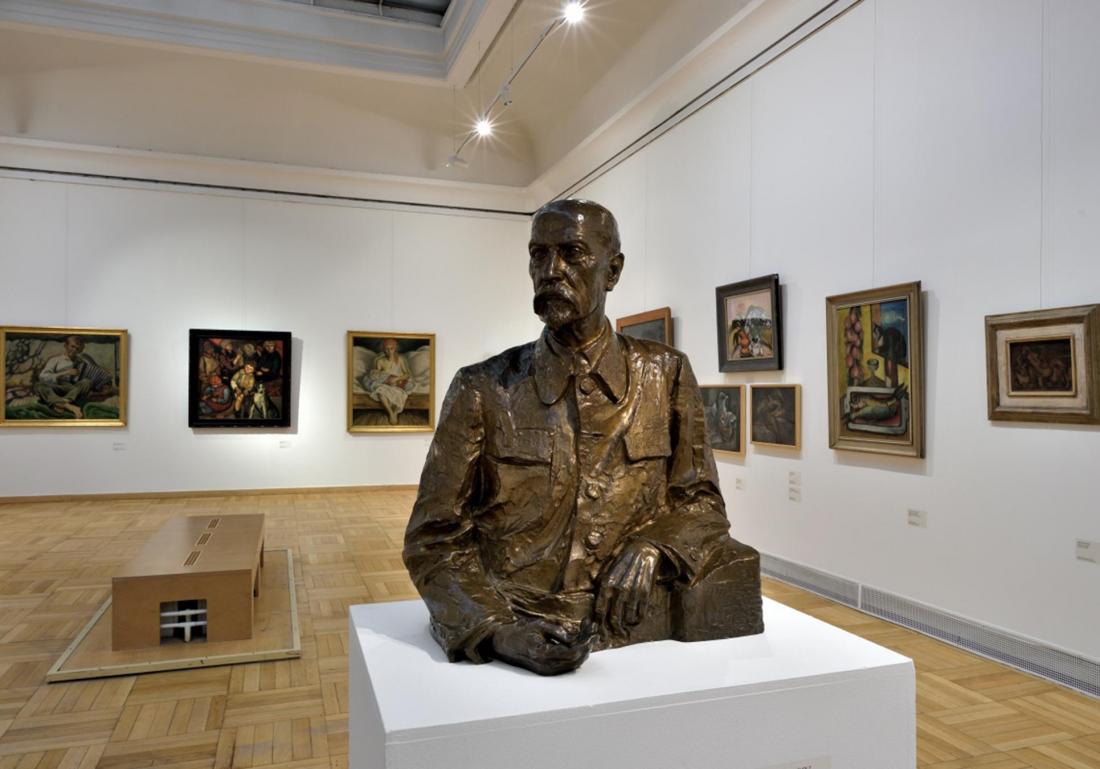 A Black Land? Myth and Reality

The exhibition “A Black Land? Myth and Reality” takes as its starting-point a phrase that is often used in connection with the Ostrava region, reflecting upon a magazine of the same name (1925–1928) which was one of the first publications to raise the region’s profile on the national stage. “Black Land” is also the title of a 1920 painting by Břetislav Bartoš, which demonstratively presented the artist’s vision of Ostrava as an industrial world. However, the question mark in the exhibition’s title – along with the subtitle “Myth and Reality” – casts doubt on the frequent clichés that are attached to Ostrava (whether claiming the city to be a unique, exclusive space or an embodiment of mediocrity) and on the city’s frequent association with a number of artists whose work is largely restricted to social themes. The exhibition presents the art scene in Ostrava and the wider region between 1918 and 1938, when the region was home to an ethnically mixed population of Czechs, Germans, Poles and Jews. The local art scene was shaped and conditioned by this cosmopolitan perspective, as well as by the complex (and often contradictory) nature of the region’s society, culture and landscape – encompassing not only the industrial powerhouse of Ostrava, but also the Kravaře, Hlučín and Opava regions, the Beskydy mountains, and the region of Wallachia. The individual sections of the exhibition focus on patrons, collectors and other figures who supported and helped to organize the region’s art scene. The foundation of the independent Czechoslovak Republic (1918), combined with shifts in the perception of art, brought new challenges for artists. Again a question arises: to what extent the region’s art scene was open and receptive to these changes. The exhibition presents well-known and less well-known figures who came from the region (Břetislav Bartoš, Ferdiš Duša, Alois Zapletal, Valentin Držkovic), or who spent part of their life here (Antonín Procházka, Bohumír Dvorský), or drew inspiration from the region (Jan Zrzavý). It also presents sculptors and architects – both of Czech and German ethnicity – whose works are associated with the region (Josef Kubíček, Jan Lauda, Josef Dvořák, Josef Gočár, Vlastislav Hofman, Erich Mendelsohn). Separate sections focus on German and Jewish artists and sculptors (Franz Barwig, Adolf Zdrazila, Raimund Mosler, Paul Gebauer, Karl Harrer, Helena Scholz-Zelezny, Josef Obeth, Engelbert Kaps) and decorative arts (particularly Alois Jaroněk’s pottery workshop, whose importance remains somewhat undervalued). Poetic designs featuring landscape elements – including work by Ferdiš Duša and other artists – reflect a specific local reception of the Arts and Crafts movement with its desire to recapture the lost beauty of hand-crafted items. This is contrasted with progressive tendencies in modern design, represented by the graphic designs of books and advertising for Kopřivnice-based carmaker Tatra.